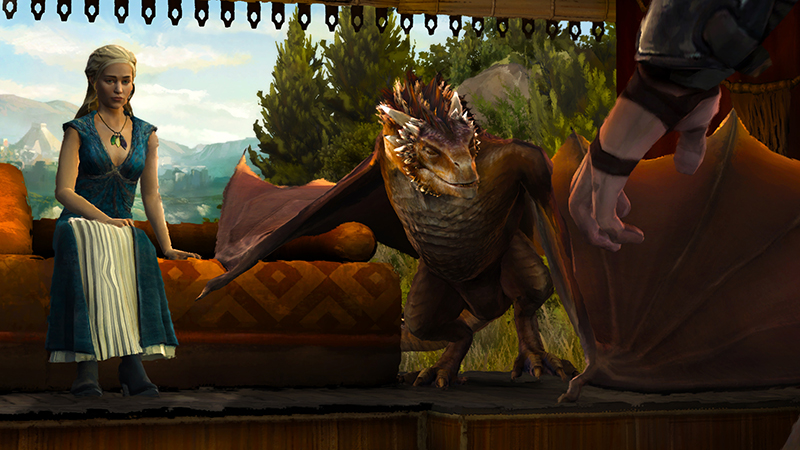 If this series could be said to have a high point, this is pretty much it. While Gared’s story takes a drastic turn, forcing him to run for the fabled North Grove or face execution, it seems like every other character is finally able to work out some of their pent-up anger. Mira gets a chance to participate in her own King’s Landing intrigues, while Rodrik finally gets a chance to show his lordly prowess. Asher’s got himself a fine set of problems, but as always, his adventure has the sort of swashbuckling, swords-and-sandals style of carefree action that brings some much-needed levity to the series. Having said all that, this is still a tense and dark episode in the series. As the story ramps up in excitement and intensity, the consequences of the path taken throughout “Sons of Winter” feel ever more ominous and foreboding. With only two episodes left to wrap up this stellar series, it’s unclear how Telltale Games is going to untangle this tight skein of choice and consequence, but dark clouds are building on the horizon, and the arrival of Ramsay Bolton virtually assures that Episode Five will bring down the hammer of injustice on the Forresters. –Henry Glasheen