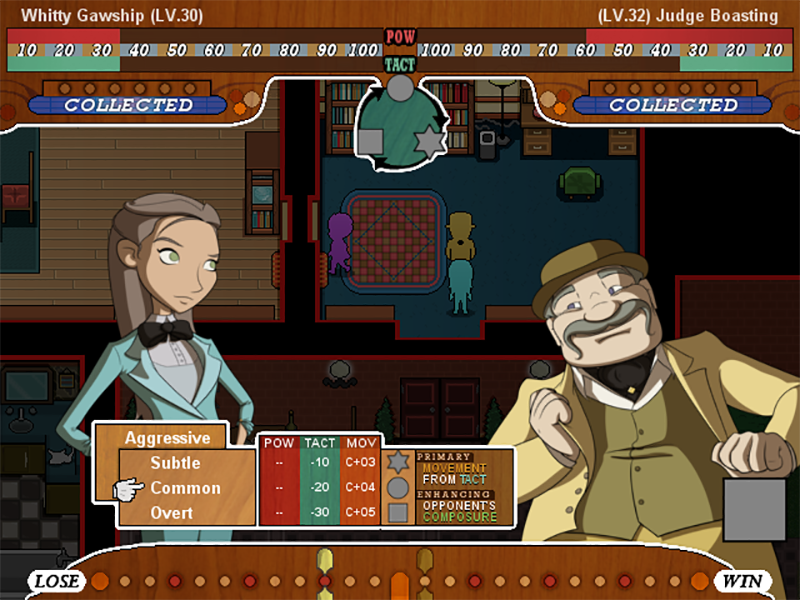 Just look at that smug grin.

At first blush, the quaint little Flash JRPG-like Last Word appeared to be a love letter to witty banter, an homage to the type of conversations Jane Austen characters engage in, and that got me pretty excited. The game touts a “unique battle system” that allows you to “fight with the subtle nuances of conversation,” but the reality is much less interesting. No conversation is had during these battles, there are no topics and there is no dialogue. You merely select player actions that are labeled as parts of discourse, and your choices affect various meters and resources until one party emerges the victor. Stat management is nothing like nuanced conversation—these player actions could be relabeled with, say, fantasy tropes, and we’d have a simple little fantasy RPG. Instead, we have something that sounds unique but plays like a billion games before it. It is successful at being a mini JRPG, however: There’s anime character portraits, turn-based combat, an absurd plot, some self-aware humor and even a little grinding.  Although the in-game characters are dull, color-coded outlines, the rest is charmingly illustrated, evoking an early 20th century aristocratic party.  But, it’s a party we’ve been to before, and it was more fun when there were orcs and fairies there. –Jesse Hawlish