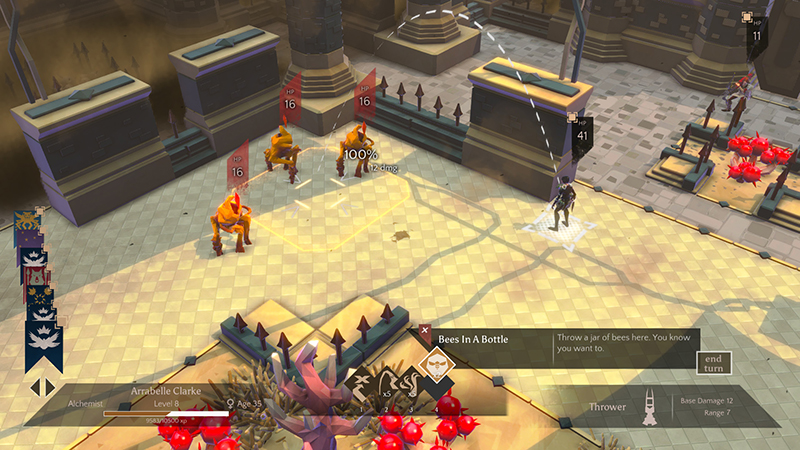 It’s about strategy. It’s about the long game—planning not only for that next battle, but for battles centuries in the future. It’s about stockpiling your greatest resources—humans, in this case—and using them in the most efficient way possible. Most of all, the game is about leaving a legacy—putting a mark on your world. In Massive Chalice, you take the helm as an all-seeing ruler who commands every aspect of his or her kingdom in an effort to fight back an invading force of monsters called the Cadence. It’s a turn-based strategy game in the vein of X-COM, with a few twists, the biggest of which is the ability to marry your warriors to produce offspring that might acquire characteristics from their parents. This turns Massive Chalice into something of a eugenics simulator, which allows you to amass your ideal army while weeding out problematic qualities. Problem is, even though you may create a god-like super soldier, all of your people eventually die of old age, forcing you to constantly reshuffle your attack force. All of these pieces combined make for one of the deepest, most enjoyable video game experiences you’ll ever have.  –Blake Leszczynski