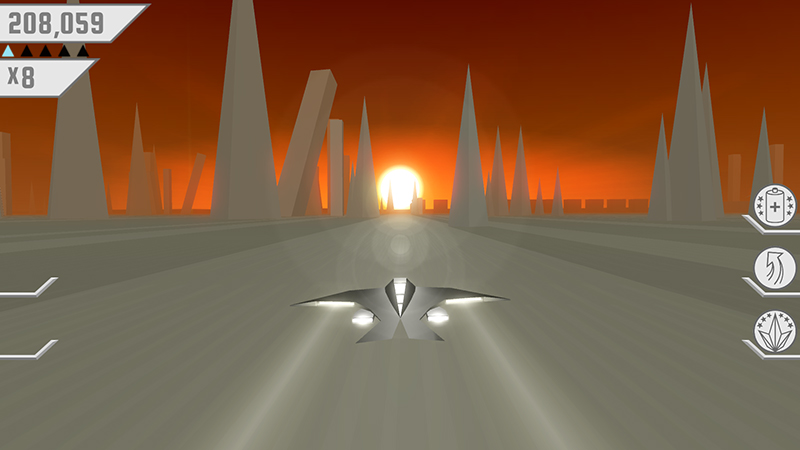 In this kickstarter-funded single-player racer, you pilot a winged solar craft across a grayscale landscape, speeding over and between geometric architecture, gathering powerups and score multipliers in an effort to go as far and as fast as you can before the sun’s inevitable setting. Race the Sun was one of the PSN free games for May, and easily one of my favorite PSN free games to date. Every aspect of RtS is simple and fast; you could start up the game, play a fun race, die, have a laugh about it and move on to something else in under a minute. This fact led me to pick up the game more often than I might have otherwise—why not? I mean, it’ll only take a sec. More lasting efforts lead to longer and much more tense playthroughs. You’re flying along with a 30x multiplier in the fourth or fifth zone, you’re out of jumps and shields, and the blinding bombs start dropping. In moments like these, of which there are many, the game is an absolute thrill ride. It also makes for a great game for passing the controller back and forth with a friend. With three different game modes and a fun achievement based leveling system, Race the Sun is well worth your time. –Jesse Hawlish