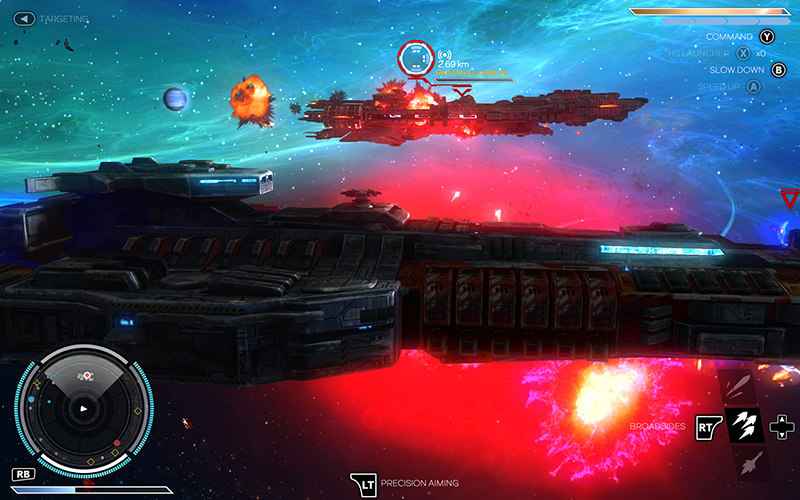 Every time I’ve played a game that puts me in charge of a spaceship, I’ve inevitably been disappointed. There’s always something that precludes an experience that should essentially be a simulated version of Joss Whedon’s Firefly. After getting a crack at Double Damage’s upcoming Rebel Galaxy, I just might have found what I’ve wanted out of a space exploration title. Before Travis Baldree and Erich Shaefer founded Double Damage, they were Runic Games which gave us the dungeon-crawling goodness that was Torchlight. While the game’s scale feels much bigger than that of Torchlight, the duo has managed to make Rebel Galaxy feel like an open-ended RPG. There is a primary storyline, but there are also tons of opportunities to take on extra jobs to earn the cash necessary to outfit your ship with a diverse array of guns, shields and onboard computers. Traveling the galaxy is a dangerous business, and inevitably, your ship will be attacked by space pirates. It takes a bit of practice for those unfamiliar with naval combat, but once you get the feel of your ship’s armaments, space combat is filled with beautifully rendered explosions and tracking missiles. This is definitely one to keep an eye on. –Alex Springer