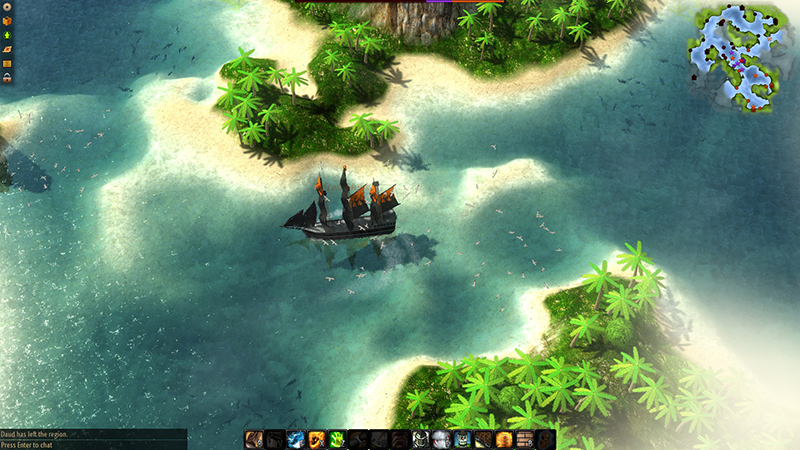 Conceptually, the idea of an MMO that involves taking control of a seafaring vessel and setting sail for fortune and glory is a great idea. To its credit, Windward has established a solid foundation for such a potentially cool idea. Once the player picks a ship and a faction, they’re free to zip around a randomly generated map looking for work. The graphics are well polished, and the gameplay is fluid—honestly, it’s a solid game that’s easy to pick up and play. That being said, it didn’t capture my attention for too long. After drifting back and forth between harbor towns delivering cargo and ferrying passengers, even the occasional pirate battle became lackluster. Putting in the time to upgrade your ship and explore deeper into pirate territory makes the game a bit more challenging and offers a little more motivation to invest some extra time in Windward—especially when a few buddies come along for the ride. At the end of the day, I suppose you get back what you put in with Windward. A dedicated team of mariners can have a good time blowing up pirates and collecting loot—it just takes some time to get up and running. –Alex Springer