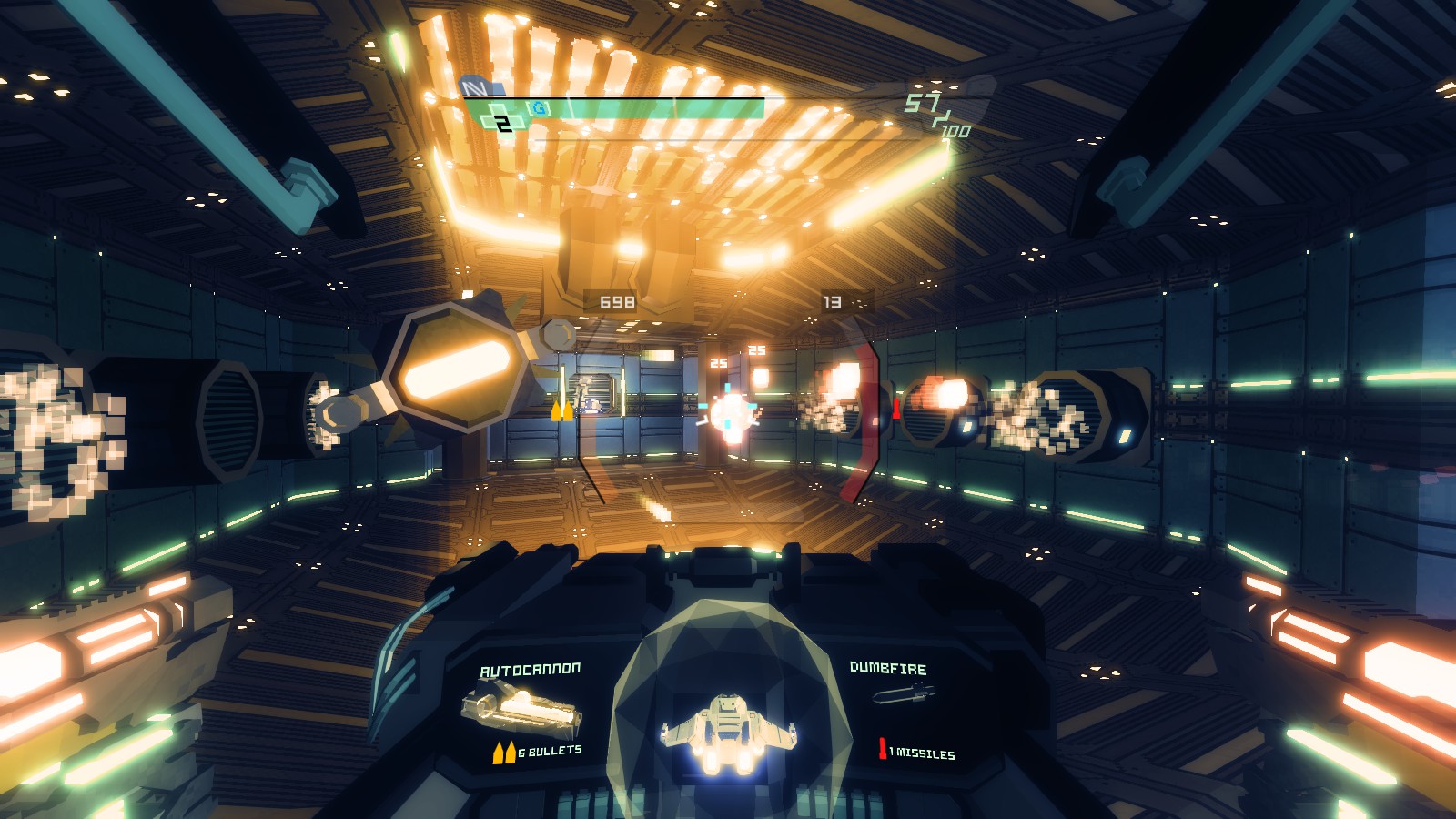 Once upon a time, there used to be this game called Descent. Released in the ’90s as one of the first 3D shooter games even before the original Quake, Descent took the player all over the universe as the mercenary pilot of a space fighter, eschewing the opening of space for an adventure spent diving into mines and blowing enemy robots into bits in tight quarters. The claustrophobic mines mixed with a 360-degree control scheme called “six degrees of movement” made for a deeply unique experience that is rarely replicated. Sublevel Zero is … well, it’s pretty much Descent freshly replicated, with a roguelike twist and chunky but gorgeous pixel-art graphics.

As a roguelike, death is permanent and you’ll find yourself restarting the game a lot if your skills aren’t up to par, which can be plenty frustrating if you’re not expecting it. The only thing that carries over from game to game are the ships that you can unlock. It’s the gift and curse of roguelike games, and you should know already if you’re on board with a game that you’ll potentially never actually beat. Unfortunately, I found it a more frustrating experience than anything else, and I feel like other roguelikes have done a better job of making you feel like you’re at least making some sort of progress. Mostly, I wish that something more carried over from play to play, even if it was as simple as keeping the skill perks that you unlocked or the nanites that you earn by defeating enemies. I’m a big fan of that sense of progress, and it’s harder to feel like you’re making progress based on your skill alone if you keep starting the game from scratch over and over again. Still, your mileage may vary.

Now that the frustrating part is out of the way, the fact remains that Sublevel Zero is a hell of a fun game, and it’s refreshing to play something different. There’s a reason that these sorts of throwback games are so popular, and that’s because they’re just plain different from the way that mainstream gaming evolved. We don’t get enough of them. The control scheme is tight, and combat in the tight quarters is intense. Enemies can come at you from any direction, and the 360-degree control scheme means that you’ll be flipping and rolling around around corners like crazy to keep them from getting the drop on you. The relatively simple but stylish art design means that enemies have a distinct look to go with their distinct styles of combat, some of them rushing at you with lasers blasting and others choosing to snipe from afar. There are a ton of different enemy types and you’ll have to learn the best ways to deal with each one. Especially as they kill you over and over and over.

There is a story here, albeit a bare-bones one, and it’s fleshed out through text-based pickups found in the levels. There’s also an even simpler crafting system, letting you merge the items that you pick up to make stronger items. Loot is the key to your success almost as much as skill alone, and weapons and ammunition are dropped by enemies or found in treasure chests. The roguelike trappings and procedurally-generated levels mean that it’s an easy game to pick up and play in short bursts, and it’s fun to hop and blow up some shit when you have some downtime. While I don’t have the gear to test it, the game is also supposed to be VR-enabled, making all of the above just that much more intense. At $15, there’s really no reason not to pick up a copy if you’re aching for a taste of some ’90s-flavored lovin’, especially if you need something to get you by while you’re waiting for Descent: Underground to get released.