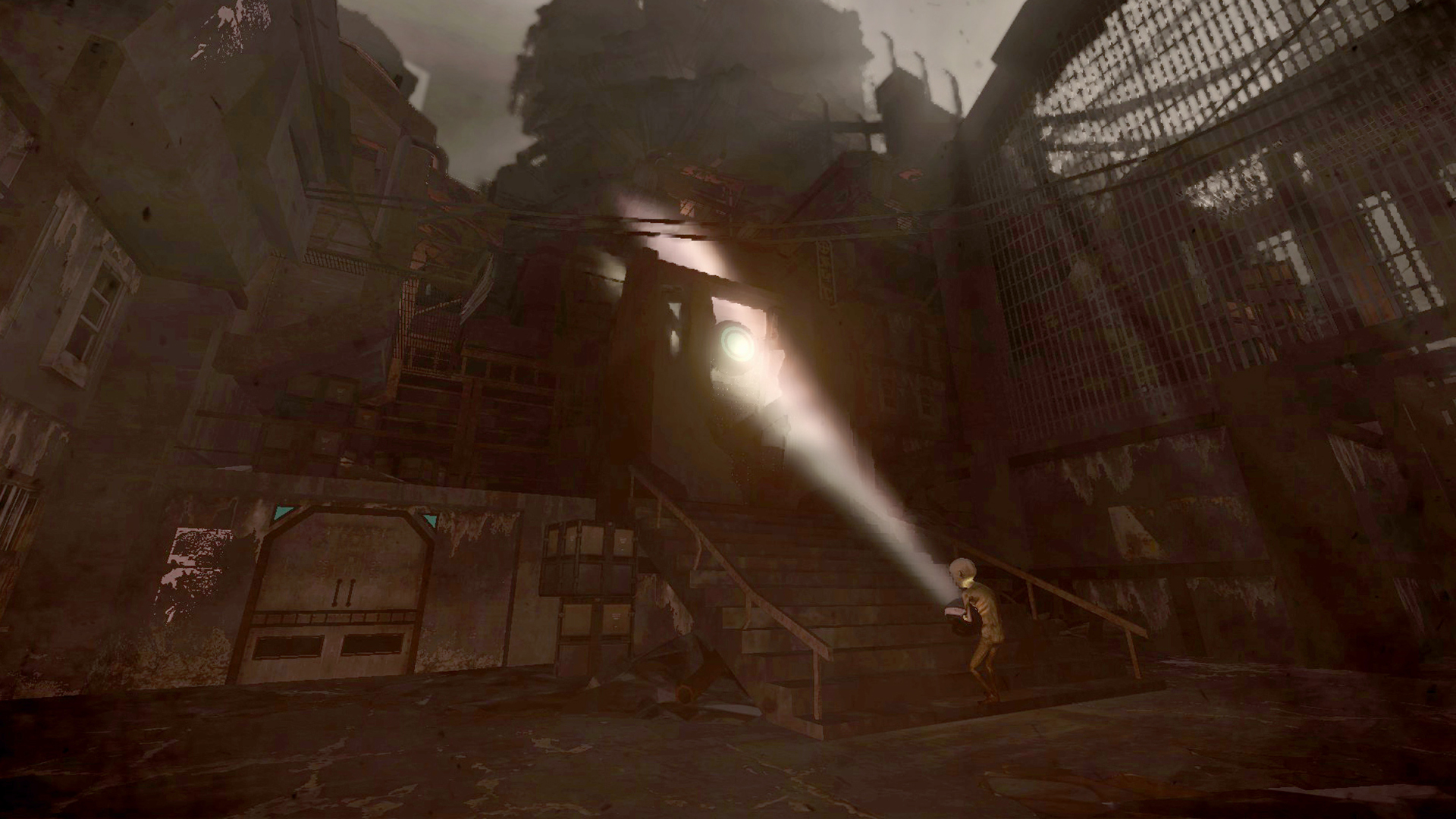 Now here’s an interesting question: What if every single death that you accrued in a game brought you one step closer to said game’s inevitable termination? It’s a risky move, but such is the case with The Flock, Vogelsap’s atmospheric first-person action title. Three to five players enter a match as members of The Flock, emaciated creatures that prowl through industrial wastelands and dark caverns in search of the Artifact. The player who finds the Artifact must defend it from the other players, who slink through the shadows as they attempt to capture the Artifact for themselves. Each time the Artifact holder incinerates one of the Flock, and each time one of the Flock mauls the Artifact holder, an ominous countdown appears to let you know that the game is that much closer to termination. According to developers, once the population (which currently sits at over two million) reaches zero, the game will no longer be available for purchase, but those who already own the game will be treated to a climactic finale resulting in the game going offline for good.

I respect Vogelsap for throwing down a gauntlet like this. It reveals a pride in their product that veers towards recklessness, and there’s something totally endearing about that. They’ve taken a step towards something that everyone is talking about, but no one is doing, and it’s safe to say that there are very few games in the world that have the cojones to make such a brazen attempt. That being said, the game might have tripped over its own ambitions on a few points. The price point is causing the most immediate controversy. Plunking down seventeen bucks for a game that you know will eventually end is a difficult move to reconcile. The limited selection of maps has also become a sore spot—even if the game didn’t have an expiration date, it’s easy to get burned out on the same gray-on-gray levels.

Controversy aside, The Flock is one of the scariest games I’ve played in a long time. During my first playthrough, I found myself and four other players simply staring at the Artifact, waiting for someone to snag it and become everybody’s target. The benefit of grabbing the Artifact is that projects a flashlight beam in front of the player. The light can be used to kill other members of the Flock, but only if they’re moving. This usually means that the Artifact carrier gets stuck in a situation that fans of Doctor Who’s Weeping Angels will find familiar—I can’t count how many times I’d turn to see that the hollow face of my opponent was right behind me. The nature of the game forces the Artifact carrier to become hyper-aware of the environment, which makes every movement and sound unsettling. When playing as the Flock, players move quickly and quietly, much like controlling the Hunter in Left 4 Dead. Since the Artifact carrier has to keep moving in order to use the Artifact’s light, a keen sense of cunning is necessary to succeed in capturing the Artifact. There are some fun mechanics at play with both the Flock and the Artifact carrier, and knowing that each creature was being controlled by another human made the experience all the more terrifying.

While the game’s lack of polish makes it difficult to commit to its unconventional concept, there is something fascinating about The Flock—it’s like an existential crisis in and of itself. The more you play, whether you’re winning or losing, the sooner the game will be rendered unplayable. The developers haven’t said much about The Flock’s “climactic finale,” and I worry that its hype is going to overextend the game’s ability to deliver. All the same, there’s something undeniably attractive and exclusive about Vogelsap’s vision—even if it’s not perfect.