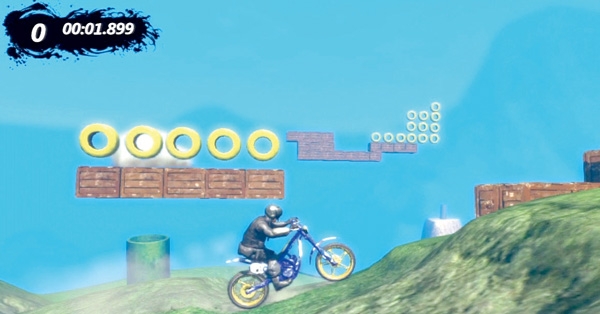 Diablo III
Blizzard Entertainment
Reviewed On: Mac/PC
Street: 05.15
Blizzard and I have developed a strange relationship over the years. Beginning with Warcraft: Orcs and Humans and continuing through Starcraft II, Blizzard gained the position of the ultimate game developer. Diablo III, however, brings less than the perfection I was looking for. The game is loaded with new content and has sold like the major blockbuster that it is. The new skill system is very well put together: Instead of gaining points to spend on a tree of abilities, the player is simply given new abilities with each level. The player can then decide which abilities should be used for their situation. The story, of course, is incredible, and the characters are moving and exceptional. The multi-player requires that every player do his or her part (once you reach the higher difficulty levels, that is). Truthfully, the game only has a few negatives, but they’re big enough to make me wonder if clicking through the vast world is still worth it. If you’ve played the game on a Mac, then I’m sure you’ve already hit the 20 FPS barrier. Whatever driver conflict Blizzard missed was enough to force me to install the game on my Windows partition after struggling through the first few hours of gameplay. Pack that in with the consistent server problems throughout week one of launch, and you can imagine how much love I was feeling for the game. Execution problems aside, there are quite a few moments where I feel like I’m playing Diablo II all over again. It’s still the best dungeon crawler released in the past year. That’s good enough … right? –Thomas Winkley

Trials Evolution
RedLynx/Microsoft
Reviewed on: Xbox 360 (Exclusive)
Street: 04.18
I’ve said it before and I’ll say it again: Xbox Live Arcade is the best reason to own an Xbox 360. While the vast majority of blockbuster video games are content to rehash the same tried and true formulas to move units, Live Arcade keeps innovation alive and showcases games that are actually fun to play. Case in point: Trials Evolution. The Trials series is all about navigating a dirt bike through various jumps and obstacles within a variety of interesting and well-designed courses, from roller coasters and standard dirt tracks, to homages to fellow Live Arcade titles Limbo and ‘Splosion Man. There are only two buttons: accelerate and brake. Balance and precision are key, and players are rewarded with different medals and cash bonuses for completing courses in a certain time limit with only so many crashes. Several tutorials are placed in the game just before the difficulty ramps up, giving players the skills they’ll need to progress. There are also tons of great user-designed courses available to download for free—you’ll never run out of tracks to play in Trials Evolution. This is the kind of game where “just one more time” can quickly spiral out of control into “just three more hours.” Trials Evolution has fine-tuned the simplistic and addictive nature of the series and created an experience that is challenging, but rarely frustrating. –Ricky Vigil