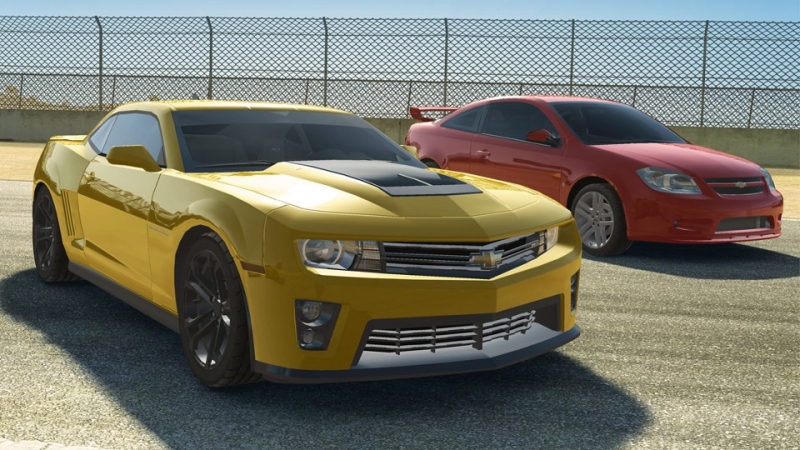 Real Racing 3
Firemonkeys/EA
Available on: iOS, Android
Street: 02.28
Since it’s announcement in early 2012, Real Racing 3’s been a hot topic for discussion amongst mobile game enthusiasts, and those ingrained in the financial aspects of the changing game industry. More and more top-flight companies are embracing the free-to-play model associated heavily with the App Store, and the news Real Racing 3 would be a free, ‘social’ title had many fans worried. After a year of hype, Real Racing 3 finally hit various App Stores across the world the last few weeks, and revealed itself to be what everyone feared: an impressive title tainted by micro transactions, burying players under long wait timers and overpriced upgrades. There are over a dozen timers in play to make players wait, dedicated to everything from damage repair, to long wait times for upgrades—and even a player’s first car! And once rubber finally meets asphalt, the impressive graphics and car models can’t hide it’s shortcomings as a “social racer.” Real Racing 3’s propietary Time Shifted Multiplayer mode put a player’s uploaded ghost times into the races of friends and strangers across the world. On paper, it sounds awesome: there’s a human element to each of the game’s 600+ events. Unfortunately, the simplistic AI turns the first two turns of every race into a 16-car pileup, with all TSM cars riding the exact same racing line for the entirety of the race. Despite some impressive technical aspects and line-up of real-life vehicles, the awful AI and constant waiting undermines the inherent fun of racing against friends for virtual bragging rights, culminating in a frustrating, unrewarding experience. –Randy Dankievitch

Warframe
Digital Extremes
Reviewed On: PC (Exclusive, Free To Play)
Street: 03.21 (Open Beta)
Having never played Dark Sector, I wasn’t quite sure what to expect from its purported spiritual sequel, but it’s familiar ground to shooter veterans. Warframe is a third-person co-op shooter with every level randomly generated and nothing ever quite the same twice. Players take control of the Tenno, who are essentially space ninjas encased in “warframes,” and proceed to eviscerate anything in their way with both gun and sword. The graphics are top notch and shooting feels tight, also throwing in gamepad support for people that prefer using 360 controllers instead of a mouse and keyboard. Solo play is tough without allies to soak up bullets and little room for error if things go horrible wrong. Online play is better balanced, and joining your buddies is easy. The interface needs some serious refinement though, and there are systems in the game that are poorly explained at best. It’s not particularly friendly to new players. The controls are fairly intuitive, but the acrobatic abilities of the Tenno are clunky and lead to some unfortunate situations where the level requires you to pull off some wall-running trick that doesn’t quite work as well as you’d like and falling over and over again into the abyss is a regular and frustrating cycle for somebody just picking up the game. Still, you learn and it gets better. Each warframe itself is easily distinguishable, both in visual style and in skillset, and three different enemy factions keep things from getting too stale — though there isn’t a lot of variety per faction. It’s a particularly fun game for anybody who loves running dungeons with a group of buddies wearing headsets, and it’s definitely on the addictive side. Say goodbye to your family and join the fight. –Matt Brunk