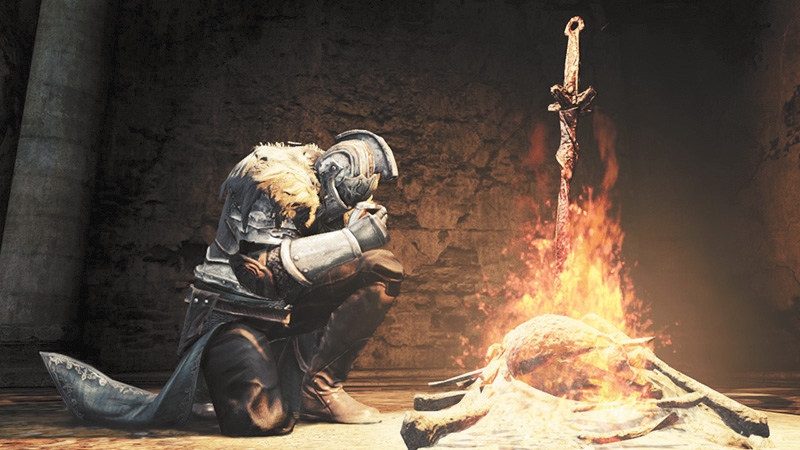 Here it is, in all of it’s majesty. The multi-million dollar apex in weaponry. But don’t worry, if it breaks, a new one will come in three minutes or less.
Bioshock Infinite: Burial At Sea Episode Two
Irrational Games/2k Games
Reviewed on: PC
Also on: Xbox 360, PS3
Street: 03.25
Irrational Games’ swan song came as a beautifully wrapped DLC package that summed up the entire Bioshock universe for fans and newcomers alike. Players are given the opportunity to play as Elizabeth from the main title as she reenters Rapture to “set things right.” Gushing about the full-circle effects that Kevin Levine and crew have created in this masterpiece feels like overabundant tongue-wagging that simply doesn’t do this game justice. In lieu of head-to-head combat, the more genteel heroine uses sleep darts and stealth moves to navigate a dark and disturbed rapture, filled with fiends controlled by Andrew Ryan and Atlas who are continually at war. The dark science revealed to be behind the world of Rapture contributes to a deeper understanding of things that were previously unexplained. Raid your car, shake out your couch cushions, pan handle on a corner, and use the $19.99 to pick up a season pass to what could very well be the definitive DLC of the year. Trust me, you’ll want to see Elizabeth return home. –Thomas Winkley
Castlevania: Lords of Shadow 2
Mercury Steam/Konami
Reviewed on: PC
Also on: Xbox 360, PS3
Street: 02.25
The final piece of the Lords of Shadow trilogy is full of mixed signals. Sending Gabriel Belmont, aka Dracula, thousands of years into the future to stop Satan from returning doesn’t lend to the strengths that Castlevania is known for. The monsters in the future felt more fitting for a Devil May Cry title, while the world of Dracula’s past was as intricate and beautiful as you would expect. The story leads us through Gabriel’s struggle against the minions in need of his power and, of course, his inner hatred. Much like the dichotomy between both worlds, the ending of the game is a bit of a letdown. Although the characters’ plots are intricately weaved, the game doesn’t quite live up to expectation. Fans of the games should get a huge kick out of the combat system and love the rogues gallery of Castlevania monsters set throughout the castle. The combat system is also noteworthy, as it flawlessly guides the player through a block and parry system. Those who aren’t already invested in the series may find little to motivate them through the story. This isn’t the game to make you a Castlevania fan, but it does beautifully cap off the trilogy. –Thomas Winkley
Dark Souls II
Namco Bandai Games
Reviewed on: Xbox 360
Also on: PC, PS3
Street: 03.13
Death. It’s all people talk about with the Dark Souls series—or at the very least, it’s the first thing. But what’s always struck me about the Souls games—a feeling that continues with this spring’s wonderfully executed sequel—is how they teach us to appreciate life. Make no mistake—Dark Souls II is a very difficult role-playing game, with unforgiving battle mechanics and an extremely intricate, patience-testing leveling system. However, it’s also a game that encourages players to cherish life, exploring every crevice and basking in the joy of defeating a massive boss. Life is a precious thing, and underneath the heavy-handed narrative about the broken, haunted kingdom of Drangleic is a reverence for beauty and life that belies its trademark dark corridors, relentless enemies and unforgiving world design. Unforgiving is not unfair, however, much like the misconception that Dark Souls is a game about death. FromSoftware’s acclaimed sequel is designed to reward perseverance, rather than cruel, constant punishment. In a world full of hand-holding games full of meaningless death—and therefore, meaningless life—it’s a refreshing change of pace.
–Randy Dankievitch