Aggronautix
Tesco Vee Throbblehead
Aggronautix.com/ Tescovee.com
The folks at Aggronautix have taken on the task of making bobblehead figures of punk rock’s crudest characters. One of their first attempts is this 7” likeness of Meatmen frontman and Touch and Go Records founder Tesco Vee.  Limited to just 1000 throbbleheads (their word, not mine), this figure bears a striking resemblance to the Dutch Hercules. Dressed in ABBA clogs, white ABBA pants, a fur coat and a gold-trimmed, inverted pentagram t-shirt, little Tesco looks exactly how he does in real life.  He’s even flipping you off with one hand and gesturing toward his cock with the other.  Classy.  The only thing that would make this action figure more authentic would be if it came with a tiny microphone to insert into its tiny ass (or if it came with a miniature pink matador cap and a feather boa).  It’s perfect for your dashboard, but probably not safe for your work desk.  And this is just the tip of the iceberg: Aggronautix is also selling a GG Allin throbblehead, limited to 2000 shit-covered copies, and are planning to release a pair of Dwarves figures later this summer, which makes me wonder who they’ll fabricate next.  Brannon? Springa? Negative Approach fans should start sending in letters right now.  Oh! And the head bobbles! Brilliant! –James Bennett

I’ve been yo-yoing for a while now and I feel like I know what makes a solid yo-yo. Thus, I feel like I am fairly qualified to review a yo-yo. Let me warn you, the standards by which I judge yo-yos are kinda strict. The first criterion it has to meet, is that it has to be a yo-yo. This is the first test the Earbud Yo-Yo by Covington Creations fails. It clearly says the word yo-yo on the package, so the curious consumer assumes that it does indeed contain a yo-yo. But alas, the consumer turns out to be wrong on this one. The package actually contains some useless piece of plastic that you’re supposed to wrap your headphone cord around. Why? I don’t know either. I guess to keep your headphones from getting tangled. If you somehow don’t have enough products that do absolutely nothing lying around your house and you just have to have an Earbud Yo-Yo, I suggest stealing one. That way, you won’t feel like you wasted money when you inevitably never use it. –Aaron Day

The Green Element
Organic Pirate Ship T-Shirt and Anchor Pantie
Greenelementclothing.com
The Green Element makes a quality product and is doing something most entrepreneurs can’t or won’t in this economic slowdown. Their incorporation of water-based inks on 100 percent organic cotton should be acknowledged and given its place in the pantheon of really creative local businesses. Their shirts are very comfy—maybe that’s due to the “feel good about your purchase” quality it embodies or because it actually is very comfortable. The print on the shirt SLUG received is probably outdated for most readers, though, considering that old-school piratetry boomed and busted in the late 18th Century and should be left there (you are not Johnny Depp in a shitty Disney movie, people). The logo and placement are really well done, it should be noted. The panties (as I experienced them) are very comfortable, too, but that is another subject entirely, and one more suited for an “adult” magazine. –JP 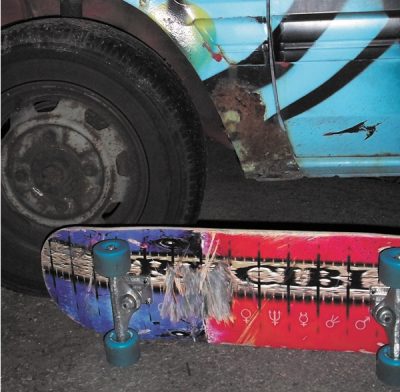 Powell
Pro Ligament Deck
Powellskateboards.com
This deck is a phenom in the world of skateboarding. Right out of the package, you could already tell it was charged with some awesome powers. I was amazed at how much different it rode than any other previous deck I have ever feet. Inside every third layer of the deck is a ligament of polymer (although I am convinced it’s some sort of super spider silk) that keeps the pop to the max over weeks and weeks, and it’s almost completely water resistant. I couldn’t believe it either, but figured give it the total shit treatment and throw it in any lingering puddle, crack it on purpose, and ride it through any sprinkler spray off in the street and the thing still could pop like a motha after all that suffering. On top of those miraculous features, the K-12 concave mold, allows any and all flip tricks to just manifest perfectly without the slightest of effort. This thing is fuckin’ rad ‘nuff said. –Adam Dorobiala 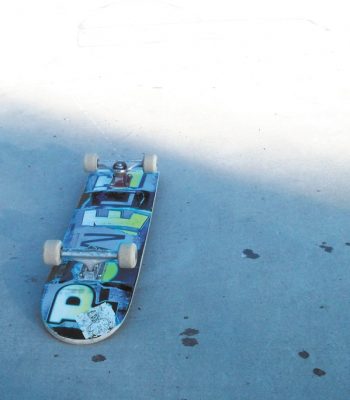 Crucible Skateboards
8.75 Vert Deck
Myspace.com/crucibleskateboards
Coming straight out of So Cal to Salt Lake City is a product that I had only been dreaming about—time for my dream to be crushed. I always thought wider is better, but really when it came to flipping this beast, I definitely had some problems. Then again, the deck is made for VERT skating and I don’t really get horizontal, if ya know what I mean. I am sure that Jeb and Park (local pool shredders and more) would love this deck! The wood is amazing and the shape is ridiculously perfect for that type of skating. It is just too big for my size—11 peds. But for those local shops out here that kill it with bigger decks, think about getting these in. Despite the graphic, this deck is perfect. They have two sizes to offer and not much else. Maybe one day they’ll beef up the program and have more sizes, but we’ll see. –Hehshun

Reflex Bearings
Reflex Griptape
Reflexbearings.com
Reflex Bearings figured they would make some grip for the true riders out there, and man, did they nail it. This grip is extremely fine grained, but still manages to lift and hold the board to your feet just as well (if not better) as the nittiest of the gritty. The coolest feature about this stuff is that I was able to allow countless people to ride my board in pouring rain (go to summerofdeath.com for photos of those shenanigans), but the next day I was able to still ride the board with no loss of grip. This is a truly original griptape formula, in my opinion, and one of the highest quality products that most people probably don’t recognize. –Adam Dorobiala 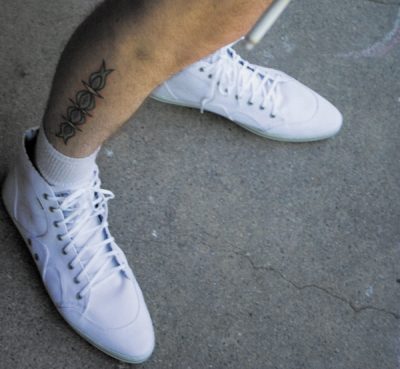 Sneaky Steve
Cornhauler High
shop.moxsie.com
I always judge people by their shoes.  I can’t help it.  I think shoes say a lot about a person.  Anyone wearing Birkenstocks, cowboy boots without actual cow shit on them or Moccasins are people I don’t want to talk to or get to know. I got a pair of these weird looking shoes called Sneaky Steves.  I have no idea who Steve is or what he is sneaky about, but the shoes were free courtesy of SLUG, so fuck it.  They fit and they don’t give me blisters, so I decided to put them through the ultimate test: a night of work at The Urban Lounge.  If you’ve ever seen the girl’s Bathroom there at 2:30 in the AM, then you know how hard this job is on shoes.  They barely pass the test of me trudging through puke and period blood.  I give them 3 out of 5. –Mike Brown 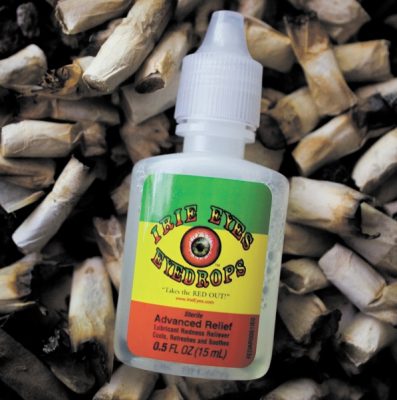 Irie Eyes Eyedrops
Irieeyes.com
Finally, a product that, unlike its users, has nothing to hide. The name and the red, yellow, and green packaging says it all.  No longer will you be embarrassed pulling your eye drops out of your hash-scented Crown Royal bag, because Irie Eyes totally accessorizes with your cipa and/or dread pouch.  Eye drops were invented for stoners. People were smoking pot way before they were whining about painful contacts. Irie Eyes knows it and they created these drops just for your “chronic” red eyes.  I know what you’re wondering: do these drops work any better than other drops?  I knew you’d ask, so I experimented with several friends. We tried one drop of IE and one drop of a similar product in the other eye.  It turns out that all drops work about the same. It doesn’t matter if you’re smoking Kompacto or the Pussy Kush, this stuff will remove the red.  But Cinnamon, I pull three-foot tubes before heading to the office. Will I still be able to be irie without looking it?  Yes! Here are a few statements from test subjects:

“I spent an evening in Cinnamon’s lounge and my fiancé thought I was just walking the dog. Thanks, Irie Eyes!”

“I’ve lost three jobs in the last five years just because I smoke a little weed while I’m teaching. Is it true Obama is gonna ban vegetable gardens?”

Just $5.95 a bottle. Check the web for distributors. –Cinnamon Brown