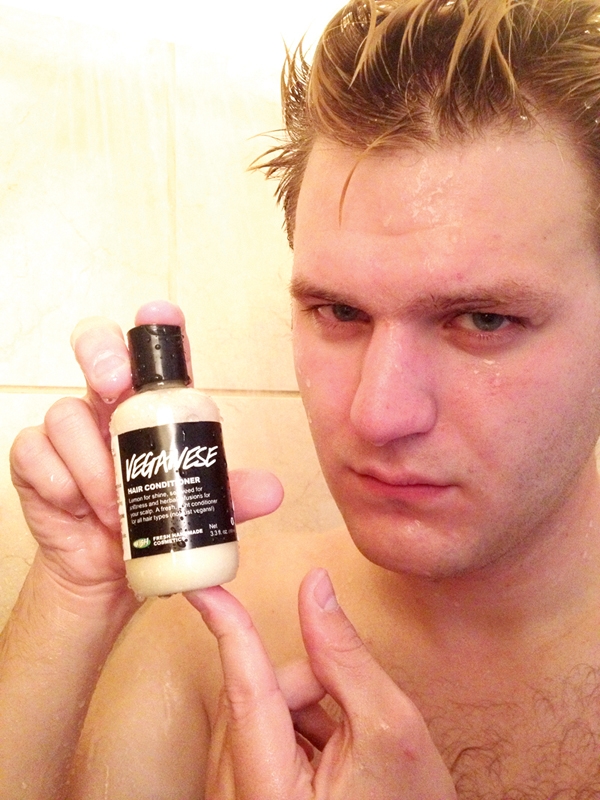 Logitech
HD Pro Webcam C920
logitech.com
You’ve finally taken that big step and decided to start a webcam business with your girlfriend. Better yet, you want to show off how fabulous you are to the wonderful Interwebs for free, or maybe you just need to take some duck-face photos and your built-in cam isn’t cutting it. Whatever reason you think of to purchase a webcam (I wasn’t aware people did), the Logitech C920 is well worth its price tag. The Carl Zeiss optics and 15-megapixel camera make you look better than anyone else’s built-in iSight. Setup is 99 percent hassle-free—I know unwrapping that USB cable can seem like a headache, but that is truthfully the longest part of setting up. The easy-to-use mount pops on top of your screen, or it is set up for a tripod mount, so your Google hangouts will be legit. I didn’t think there was much use for an external webcam, but the C920 made it hard to argue against its value. You won’t regret spending $100 on this one, and you’ll look better online than that slut from gender studies. –Thomas Winkley

Logitech
Ultimate Ears Custom Earplugs
ultimateears.logitech.com
It’s pretty safe to say that not everyone loves foam earplugs. Aside from the bulky form that you need to fumble with just to fit in your ear, the expansion can be uncomfortable, and so can the noise to the point where you can barely hear the music. But in an era of music where every show is cranked to 11 no matter where you go, earplugs are a necessity to keep your hearing, which is why it was so awesome to see that Logitech’s Ultimate Ears makes custom earplugs! Using the same process as that of their ear monitors, UE takes a mold of your ear canal (which you need to do separately with an audiologist) and forms a mold to fit you perfectly. Unlike the monitors, these are made from a soft plastic, so they’ll bend and conform to your ear much easier. These plugs come with tuned filters, which marginalize the sound so you can hear everything without the disorienting and deafening effects. I tested these babies out at a Gaza show standing right next to the amps onstage, and these shrank the hardcore barrage to the equivalent of a stereo in the bathroom. There are three versions: one for mild ambient noise, one for concerts, and a third if you need to kill all the noise around you (like construction work). The $170 price tag may make some people hesitant to purchase, but after you add up all the $5 pairs you’ve lost or thrown away because they’re caked in earwax, it may be worth the investment. –Gavin Sheehan

LUSH Cosmetics
Various Bath & Body Products
lushusa.com
I like feeling clean and smelling nice as much as the next gal, but even my boyfriend was appalled when he found out I was using $1 shampoo as body wash. That all changed when the international LUSH Cosmetics made its way to City Creek, and the beautiful Brighton Metz brought me a bag of goodies. This company is far removed from the conservative, capitalist conglomerate that owns the space, and I definitely suggest watching the “We Believe” video on their website for a more thorough understanding of their business model and ethics. What attracts me most to LUSH is their stance on animal testing: No way, José! As someone who strives to live a vegan lifestyle, I’ve found that the hardest part, other than finding a cheese substitute we can all agree on, is buying affordable, vegan-friendly bath and body products. After trying a handful of LUSH’s delectable treats, all made from fresh, organic and vegan (note that some of their products are only vegetarian-friendly) ingredients, I’m hooked. My favorites were the Dirty Spearmint Soap, Buffy Body Butter and Veganese Hair Conditioner, all of which I plan to buy up again as soon as I’m out, along with some of these delicious bath bombs I keep hearing about. My skin, hair and conscience have never felt cleaner. –Esther Meroño

Plantronics
Marque 2 M165 Bluetooth Headset
Plantronics.com
No matter how you feel about it, wearing a bluetooth earpiece makes you look like a douche who thinks he is super important, but these little robot brain leeches are handy as hell, and Plantronics has finally made one that is not only sleek, but stylish, with a gloss-black finish. At about an inch long and a quarter inch tall, you will be hard pressed to find one that is anymore low profile. There is an on-off switch, volume control button and a center button that controls everything else. This center button allows you to answer, end calls and switch tracks if you are listening to music. You can also answer, end and make outgoing calls via voice control. I have been keeping one in my truck to pop in when I get behind the wheel, and with five hours of talk time off of one charge, I only charge it once a week. Plantronics has many options for hands-free calling, but you get what you pay for here—the M165 has dual microphones that cancel noise and wind. The cheaper sets have choppy call quality, pick up almost every little sound and only come with a single eartip whereas the M165 has small, medium and large eartip options and the clearest sound you can get—if you don’t mind looking like a douchebag while safely making calls and driving. Shell out a little extra cash for a high-end model. –Eric Granato

SMS Audio
Street by 50 In-Ear Wired Headphones
smsby50.com
Up until now, I never understood paying more than $20 on a pair of headphones, but now I see how if people can shell out a few days worth of wages, they can even make 50 Cent’s raps sound good. Not only do these sound amazing, they have a multitude of other features that set them apart from your average white buds.  We all know about headphone gnomes that tangle your cords up when you are not looking and SMS designed these with those little bastards in mind. The cord on these headphones is flat—almost ribbon-like—making it pretty much impossible to tangle, and is reinforced to ensure a long life. Not only are these the best-sounding headphones I have ever owned, they are the most stylish, with subtle chrome accents and minimal branding.  In the middle of the cord is a volume and playback control with a built in mic that can be used with your phone. It also comes with a sweet, little, round hard carrying case and, for some reason, an airplane jack adapter. My only gripe with these buds is that it is hard to keep them in my ears, and if worn for too long, they make my ear canals hurt. I have this problem with all in-ear headphones, but these ones are even more of a bitch to keep in my hear holes.  Christmas is just around the corner, and if you ask nicely, Santa might stuff your stocking with a pair of these. –Eric Granato

Tilley
TWC 1 Woodland Cap and TPC Tilley Pub Cap
tilley.com
Being somebody who abhors getting up early, I rely heavily on hats to make up for the hair-combing that I’ve forgone once my hair grows out a bit—hats that not only create the illusion that I’m stylish, but also hats that will keep my ears warm when I’m riding my bike as well. Tilley accomplishes these “feats for hats”—not only have I received multiple compliments on my charcoal Woodland Cap, but the wool of the flip-down flap keeps my head sides nice and toasty. The wool of the exterior is rain- and snow-resistant, so I should have no trouble careening through the streets this winter, and I surmise that I may take it up on the mountain with me to do some riding. The hat does appear a bit bulky when I put the flaps up, but I would sooner attribute this to having a small noggin than any stitching/proportional errors. I also received the Pub Cap (also charcoal), which seemed a bit floppy atop my head. When I let SLUG Distro Manager Eric Granato try this puppy on, though, the hat transformed into one tough cap that aptly complements his long, blonde, flowing locks. He looks like he could be in one of the gangs in A Clockwork Orange with that sucker on. He has also indicated that it, too, keeps his head warm. Tilley hats are insured against any sort of peril that may affront it within the first two years of ownership, and if there is any flaw or tic about your hat that you dislike, Tilley will refund the full price or replace it with another, more suitable hat. –Alexander Ortega