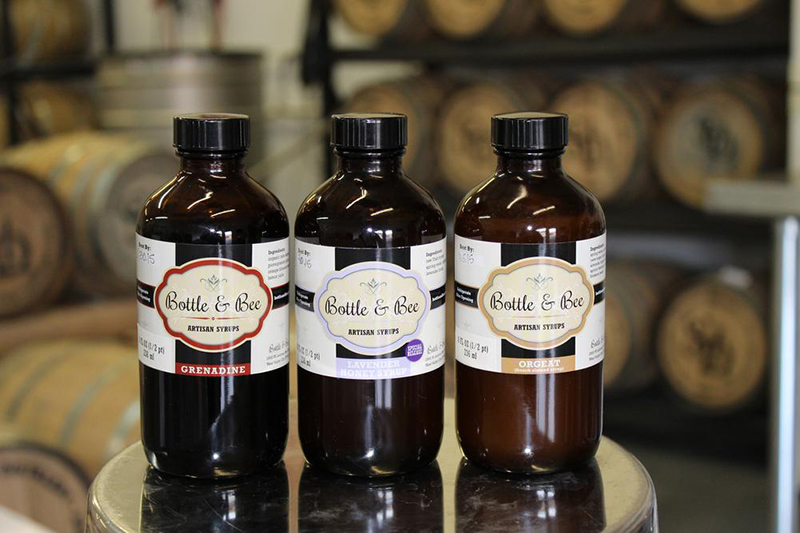 Bottle & Bee Artisan Syrups allow the aspiring home bartender to take their cocktail-making to the next level—not to mention that their syrups are super tasty. I tested their grenadine, gum, orgeat and peach syrups, which delighted my palate and helped me perfect a couple drinks I’d been itching to make. Unlike Rose’s red, corn-syrupy “grenadine,” Bottle & Bee’s smells and tastes of real pomegranate and keeps its sweetness to a natural level. It underscored just enough tang to a No Man’s Land (bourbon, grenadine, lemon juice, orange bitters, lemon twist) and created a subtly fruity backdrop in an Ace Cocktail (gin, grenadine, heavy cream, egg white, lemon juice) to complement the drink’s gin liquor base. The gum syrup works best as a neutral sweetener, and Bottle & Bee’s site recommends using it in “aged spirit forward cocktails, such as Old Fashioned,” which I did … a lot, with bourbon. It imparted the sweetness of a sugar cube but without any muddling and tasted maple-like. The orgeat’s almond-milk taste and silky texture made for a real treat in an Attorney Privilege (bourbon, orgeat, aromatic bitters, lemon twist) for an almost liquored-up-rice-pudding frame that let the oaky contour of the bourbon come to the fore. Be sure to get the peach syrup while it’s still fall—a peach gimlet allows it to sweeten the drink in a balanced way, which enshrines its natural peach flavor. I’m already gunning to buy more grenadine, and I can’t wait to taste more Bottle & Bee Artisan Syrups—try it out! –Alexander Ortega