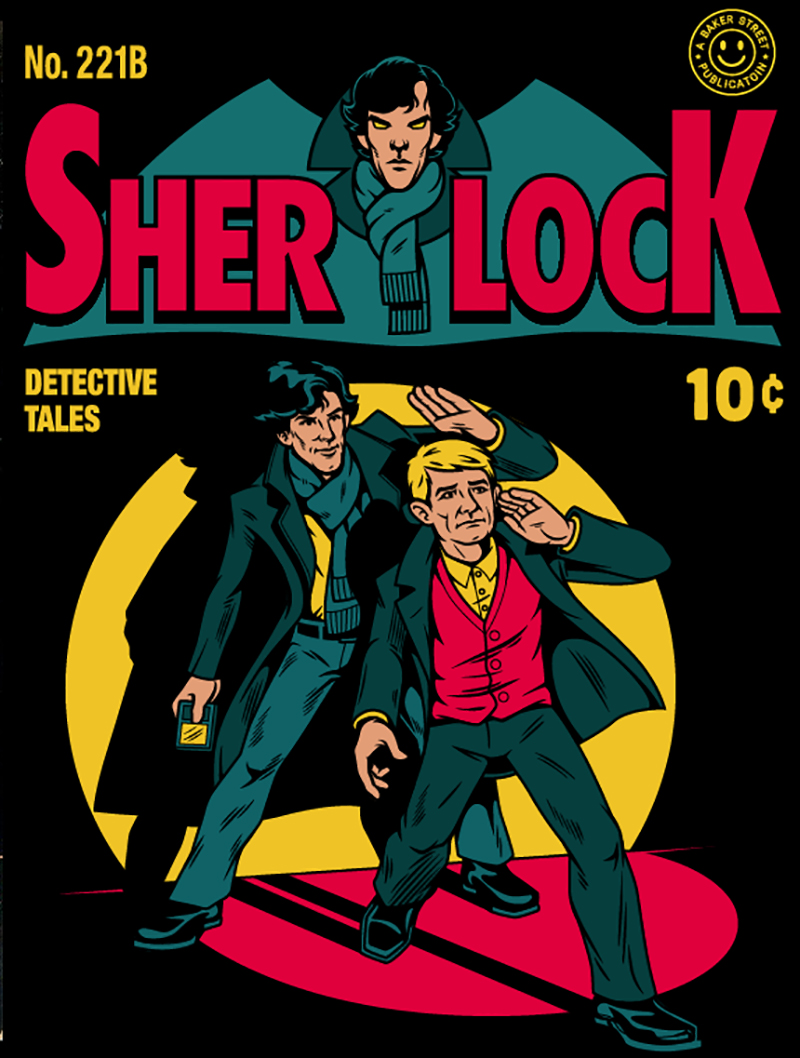 The fantastic world of T-shirts online has produced a ton of websites that you can easily venture to and purchase awesome designs for cheap. In other words: You can find much more clever and cheaper stuff online and can stop shopping at Hot Topic. One of the coolest sets we received in the mail came to us from the crew at Red Bubble, which is catered more toward getting professional artists’ works out through several mediums. But T-shirts are the primary factor and usually are what the artists design for the most. The three we received were a Pink Floyd-inspired shirt called “Breathe” with an homage to Dark Side Of The Moon, another called “221B Baker Street,” which has many iconic symbols from the current BBC Sherlock series, and finally a Mario Bros. Star covered in a shroud and holding a scythe, simply called “Death Star.” The designs themselves are absolutely rad, and when worn about, got many compliments. The only oddity factor was the cloth, which wasn’t super thin like many mail-away shirts, but it wasn’t your standard thickness either, falling somewhere in the middle of those usual fabric choices. All I can tell you is that tumble dry is not recommended. Overall, very cool shirts that I will be sure to wear at the next D&D meeting. –Gavin Sheehan