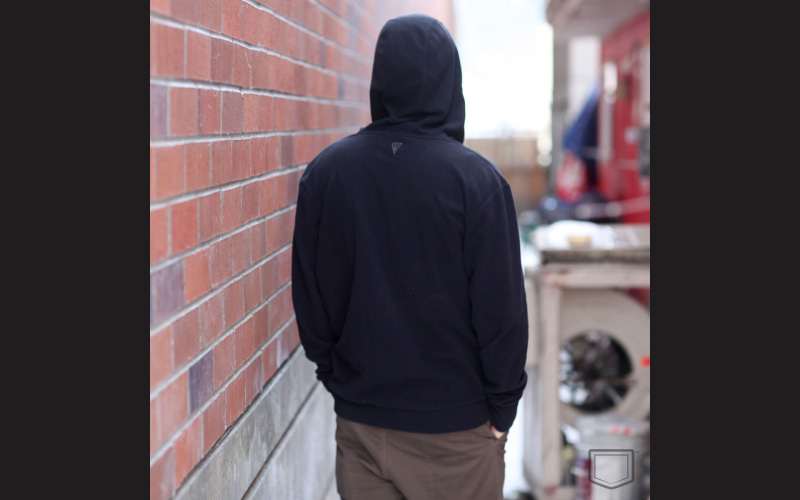 As winter approaches in Utah, all accounts are telling us we’re due to be drenched this season after a massive drought and super-freezing temperatures that nearly froze off every limb we have last year. So, having the right gear this year is going to be essential. When browsing through the gear I might need for the season, I came across this awesome line from ScottEVest, a company basically known for making utility wear that is supposed to be functional, versatile and fashionable. Essentially, every item of clothing that they create has multiple pockets designed to carry everything you need in one piece of clothing and to remove the need for backpacks or cases of any kind.

With winter coming and warmth a necessity, we received The Hoodie. This particular one is Microfleece, which makes it better for the winter, as the snow isn’t going to instantly stick or hang around, keeping you warmer and dryer in the long run. That may not mean a lot to people who would say, “If it’s snowing, you’re still cold,” but it actually does pay off if you’re layered the right way. Within the vest are 12 different pockets that all play functional roles. In the front, you have four hand pockets. The left one serves as a key holder with a band inside of it, the other is referred to as the “change pocket” for the rare occasion when you have coins on you these days. The two above them are hand-warming pockets, which actually do a fairly decent job without gloves on, but may be a hand-size too small for when you throw gloves on.

Moving up, you have a divided chest pocket on either side of the zipper. These are actually pretty great at storing a wide array of materials that average people may want to carry around. They’re big enough to store a tablet like a Kindle or an iPad with ease, so depending on the job or trip you’re using this hoodie for, you could theoretically carry some quick supply items with you that are quick to reach. The hoodie itself is adjustable with a pair of strings, so you can have it tightly wrapped around your head or have the classic Assassins Creed look where it droops down over your eyes. A nice touch to the sleeves are thumb holes, which I’ve occasionally cut into my own hoodies over time, so it was nice having this little option.

The main selling point is the TEC (Technology Enabled Clothing) addition of the Personal area network. What it has been set up to do is allow you to put your smartphone in the lower right pocket and string your earbuds through holes inside the hoodie up to your head. It’s a cool design when you hear about it, but when applied to the hoodie, you find a number of complications. First, the buds only go up through two looped hooks near the top, so when you take them off, there’s a chance of them sliding down and through the hole with nothing to properly secure them. The other is that with most smartphones, any earbud you use to talk on the phone or use voice commands are pretty much blocked, since they’re looping backward or down past where you’d need them. If you’re listening to music, no worries, but it’s not ideal for voice functions.

Overall, The Hoodie is warm and super functional, but on the side of fashion, it lacks in an area you might not think about until later. Essentially, if you pack this up with all your essentials, you’re going to start bulging and ultimately look bigger and misshapen while doing so. I highly recommend it, but only if you’re traveling moderately or need it specifically as utility wear.