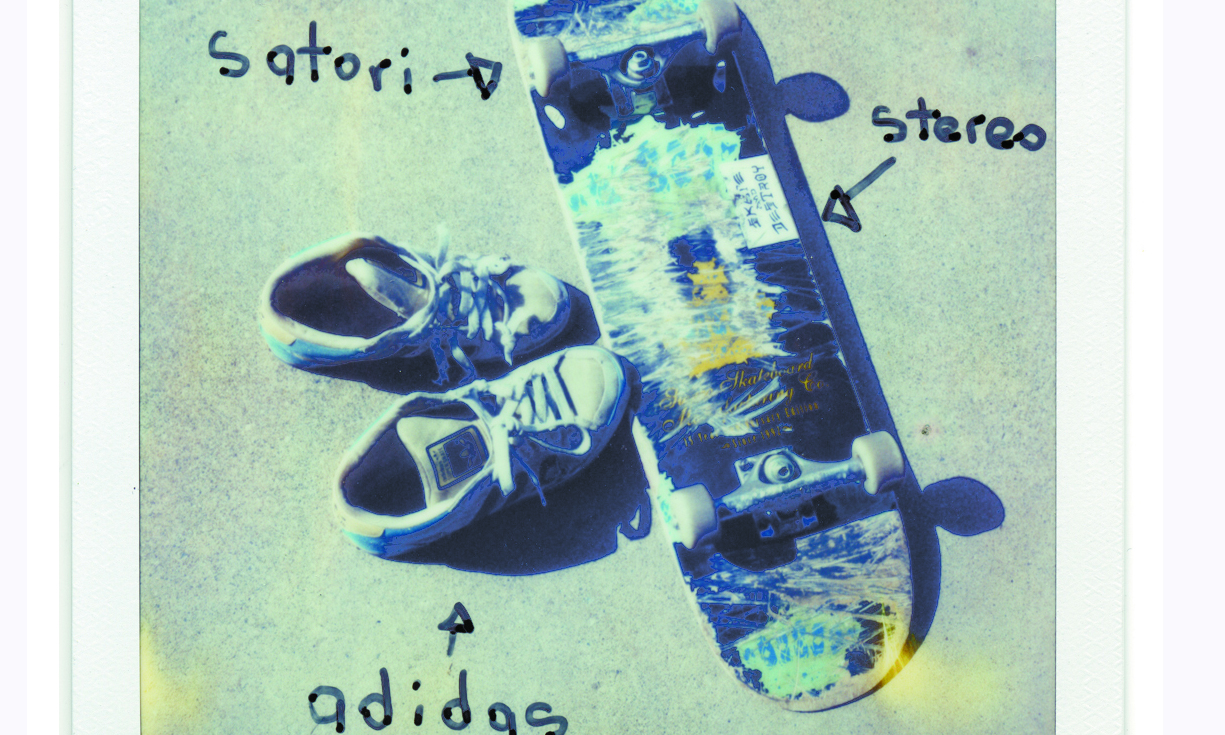 Adidas sent a pair of the Super Skate Vulcanized shoes and the second I put my feet into them I felt as if I had had them for a couple of months already. Guaranteed to increase ollie power by at least 50 percent, as well as boosting your style points seven-fold, Adidas is surely a force to be reckoned with. Custom drawings on shirts and shoes by the one and only Mark Gonzales and a legendary team in the making (that includes the Gonz, Tim O’Connor and Dennis Busenitz) is enough to see that Adidas is the best bet when contemplating your next shoe purchase. Go see for yourself at www.adidasskateboarding.com.

Satori brings you “the way of skateboarding” through their wheels and apparel. The first test I put their wheels through was the street test, and I was amazed at how many rocks you can run over without coming to a screeching halt, although the powersliding factor down hill is a little testy. Second, I tested them at the local park and may I just say that I’ve never been able to go that fast through a turn without my board skidding out from underneath me. The shits wouldn’t slide out no matter what speed you cruise at and the grip factor on a masonite dust infested mini-ramp is a definite ten. Good solid designs and shapes on wheels as well as varying hardness and sizes makes Satori stand out among the crowd. Also included in the package was the new Highgrade Blend DVD which if you don’t have a copy already you need to go and pick it up. With a huge team chock-full of talent (Fabrizio Santos, Karl Watson, Aaron Artis, Danny Renaud, Neen Williams, Brent Atchley, Jimmy Lannon, Aaron Suski and Kenny Reed, just to name a few). Satori is one of the best new companies out there. Check them out on the web atwww.satorimovement.com

The Stereo Sound Agency is back and better than ever. I haven’t had wood this stiff since my first boner back in middle school. Clean, colorful, and abstract designs on boards, along with good shapes make Stereo bite louder than they bark. Not only do they have skate decks that are super poppy in quality, their apparel line is just as beautiful. But what else would you expect from Jason Lee? Good stuff, and I haven’t even mentioned the team yet. The team features fancy footwork from the likes of Jason Lee, Chris Pastras, Clint Peterson, Daniel Shimizu, and many more. Keep on the look out for Stereo in your local shops soon, and don’t hesitate to fork over the cash for some quality shit. Viddy their gear at www.stereosoundagency.com.