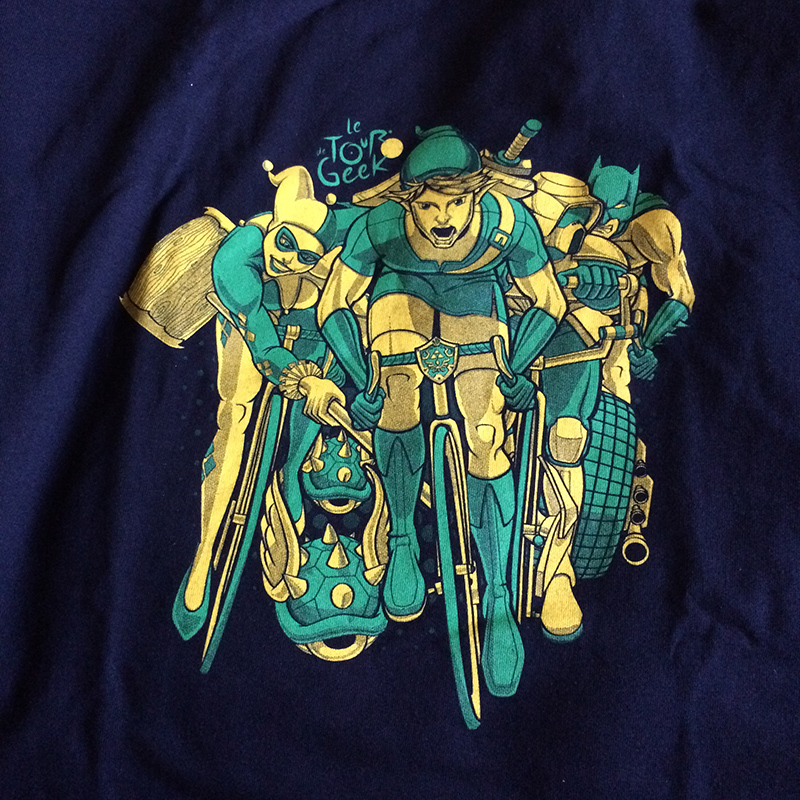 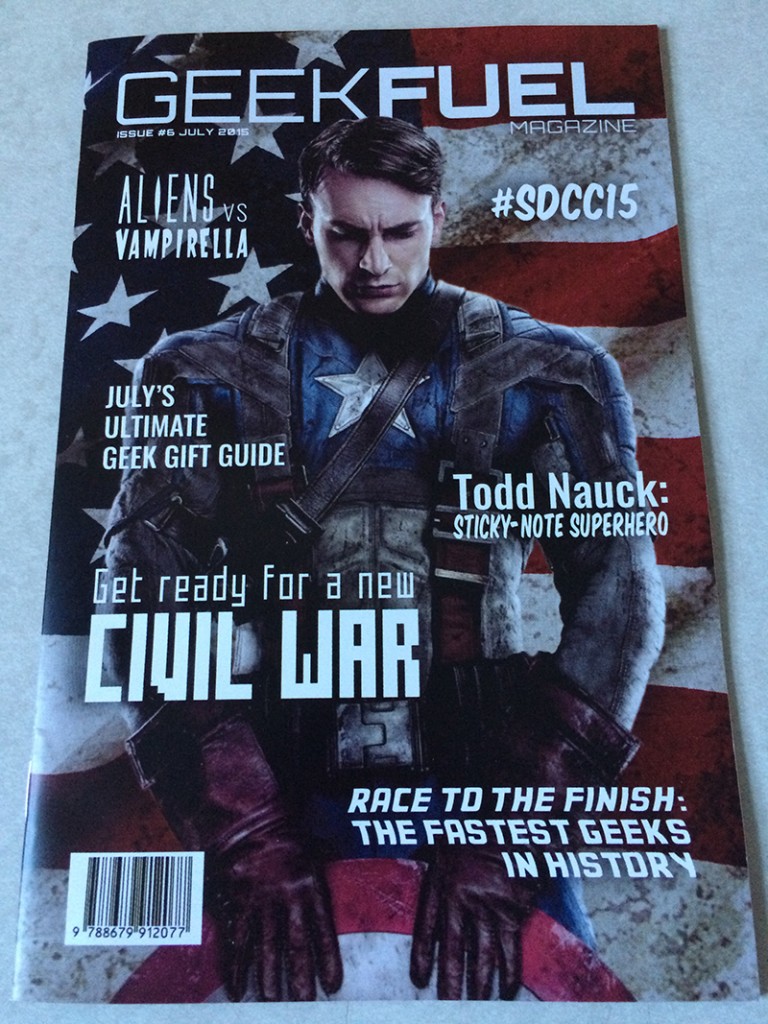 The lovely people at Geek Fuel sent us their latest box from the month of July, packed full of goodies to tantalize our geeky feelings. After the awesome joy from the first box and the kind of lackluster feeling from the second, I was intrigued to see what would be added to this month’s edition of Geek Fuel. 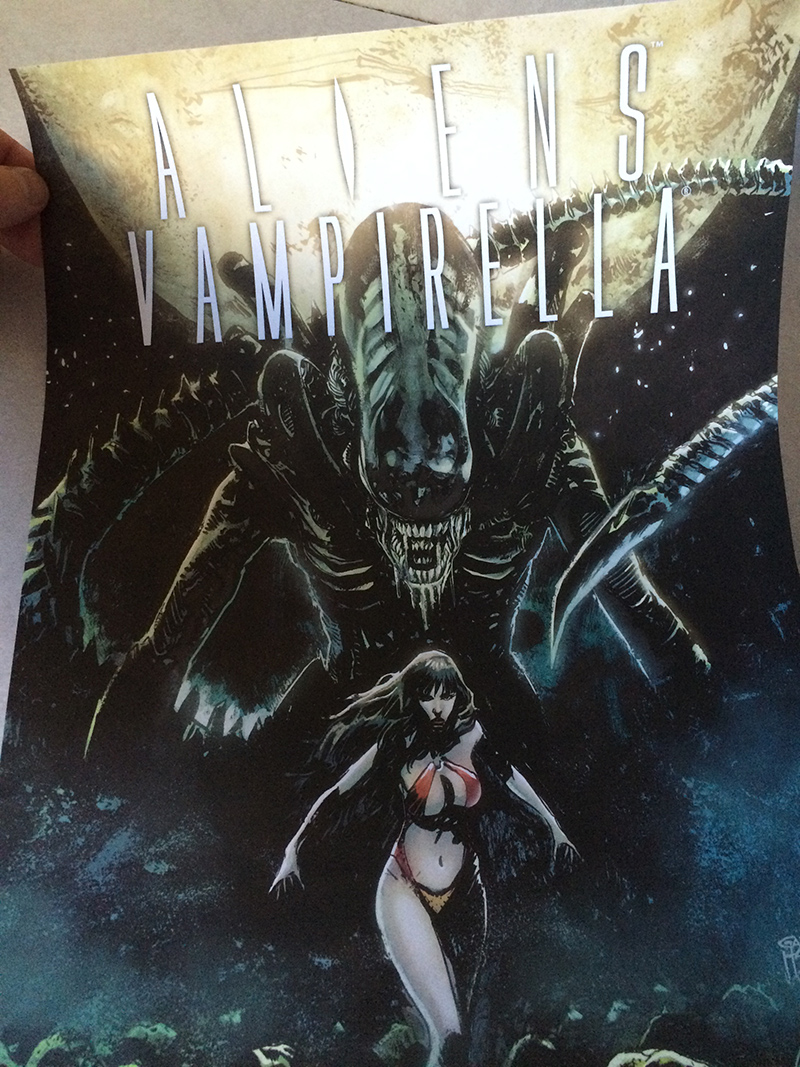 Nothing looks better hanging on your dorm room wall than a comic book crossover poster. Well, that or your favorite metal band and pinup crush at the moment, but I digress. In celebration of Dynamite’s upcoming clash between the lady of the night and the Xenomorphs, this awesome poster has been put together featuring both sides. The poster is a sturdy paper stock so it won’t wear away easily when pinned or hung up, and the artwork itself is pretty nice considering the two franchises involved. This deserves some space somewhere near your desk. 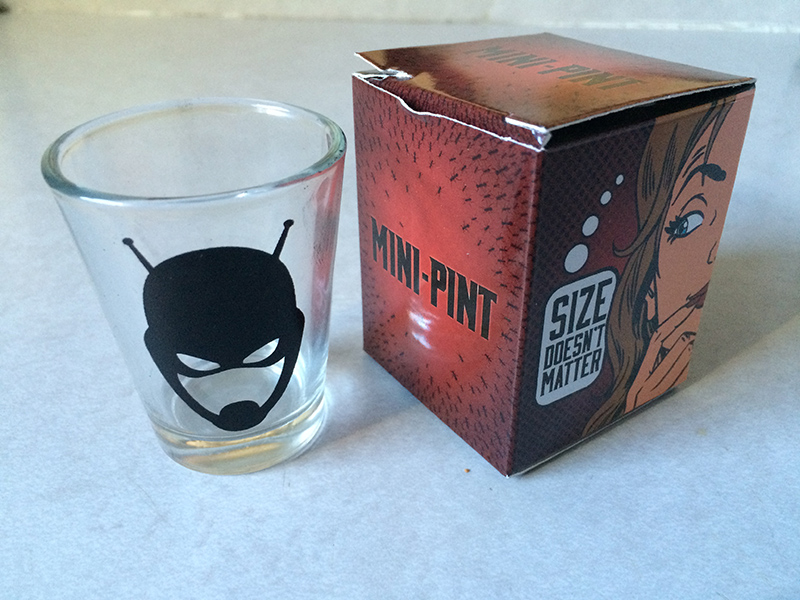 Probably the highlight of the box, or at least for me, was finding this Marvel shot glass stored inside. The “Ant-Man sized pint glass” comes with the iconic hero’s symbol on the side, letting you celebrate the latest in the Marvel films to come out in style. Size joke aside, it is a standard 1.5 oz. glass, which I was happy to fill with whiskey a couple times. Now, if only it came with the ability to change it back into a pint… 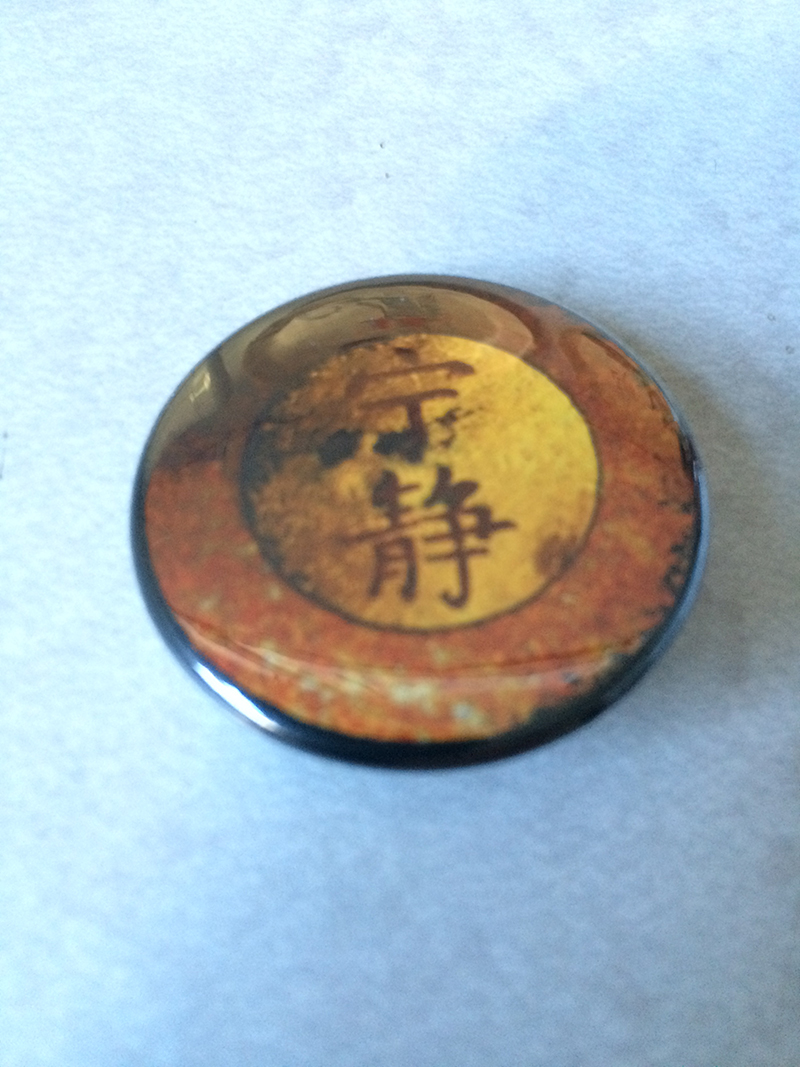 Time to pull your Brown Coat out of the closet, clean it off to see it was actually black, and pin this to your chest. This is a “worn” version of the Serenity symbol found on the side of everyone’s favorite sci-fi Western. The “worn” aspect is a tad unnecessary—much like those T-shirts made to look like you’ve owned it since you were a kid, this is designed to look like it’s seen damage under the shiny gloss. It’s rad to own, but the design may not be everyone’s liking. 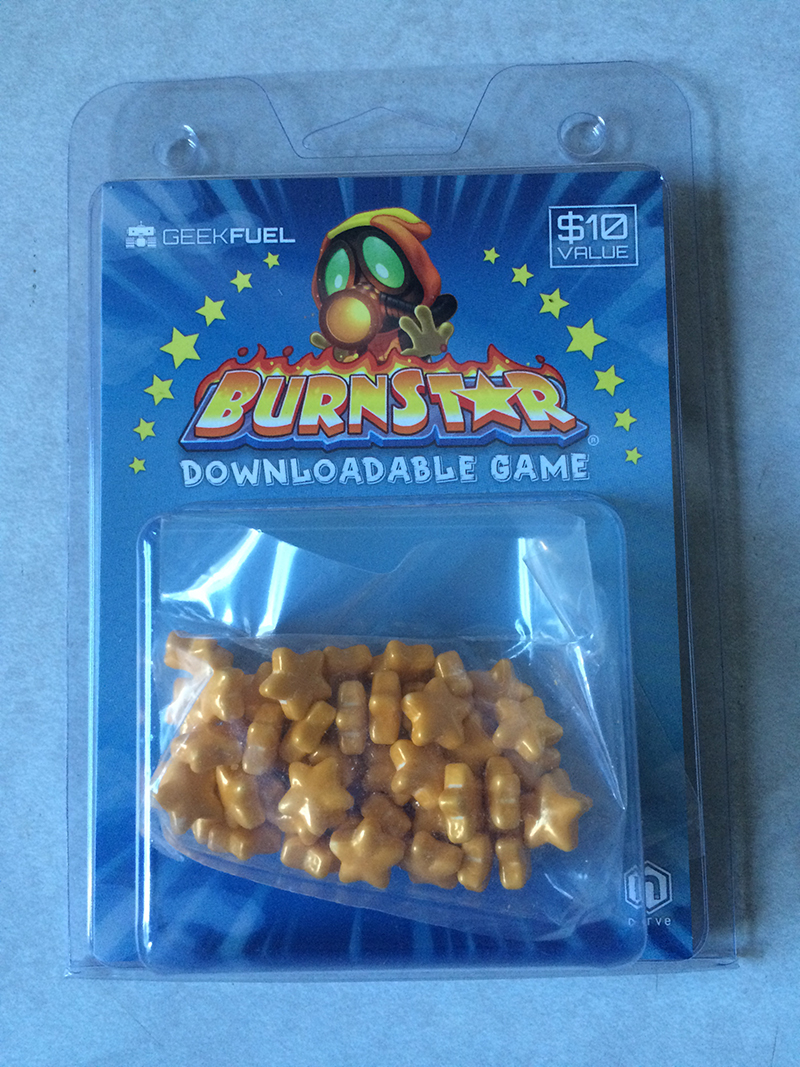 The most interesting addition to the box this month comes from the video game addition of Burnstar. This is an action puzzler where you make your way through various obstacle courses that put your mind to the test. It also offers a lovely co-op feature where you and a buddy can navigate the terrain as a team. The cool addition to the download were the star candies that I munched on while figuring out some of the harder levels. A really fun game that is well worth the $10 on Steam. 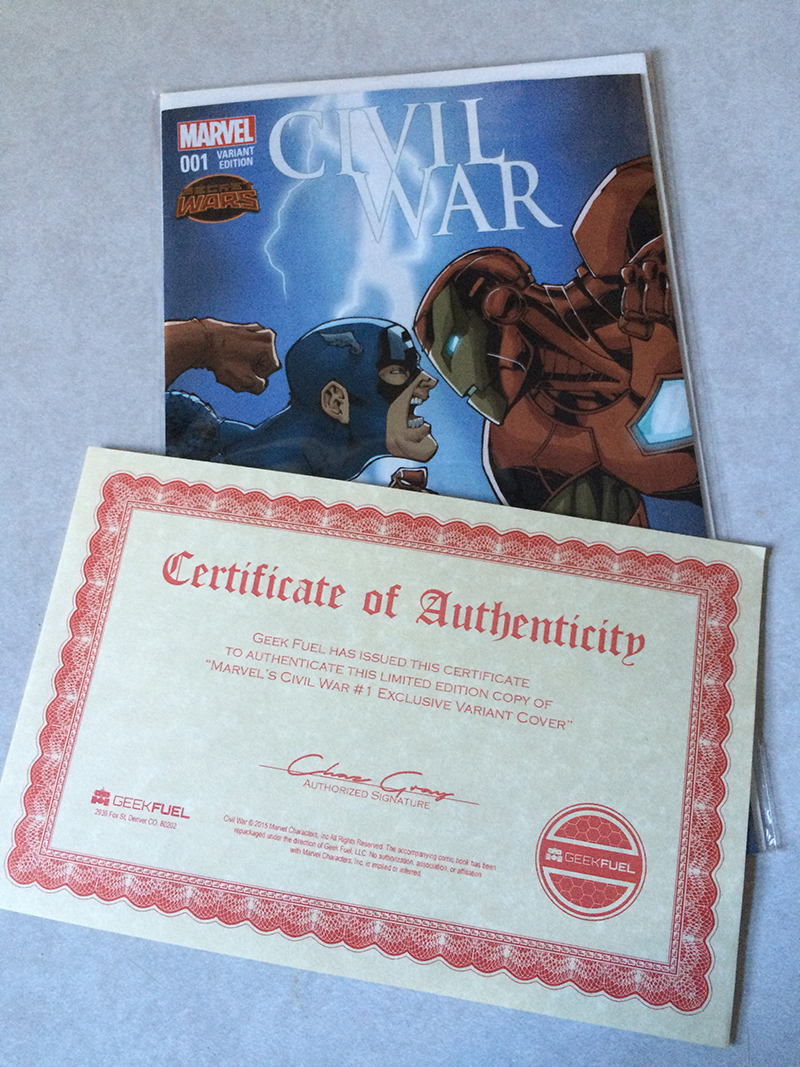 The second Marvel addition to this month’s box is a re-release of Civil War #1, with a variant cover featuring Iron Man and Captain America about to face off. With the third Captain America movie being centralized on aspects of the Superhuman Registration Act, Disney as a whole are cranking out the series again less than a decade after it started, to get everyone caught up on what happened in the publication canon. Aside from the changing of ads and maybe a touch-up or two on the colors, it’s exactly as #1 read the first time you picked it up.

A really awesome multi-reference shirt in this month’s box as they take the French bicycle race and mix it with characters from DC comics, Nintendo and Star Wars for this exclusive shirt. If you were one of the lucky few (which we weren’t), you got a yellow version of the shirt to symbolize being the leader of the race. It may not be relevant in the winter, but during the summer this shirt will kick all sorts of reference ass!

Much like the previous month’s box, we received no bonus gifts in this box.

This month’s Geek Fuel box was far better than the last, but still doesn’t compare to the first one we received with the bonus items. But at the same time I can’t complain as I have no idea what those items were. As a box by itself, this was well worth the monthly subscription price, and a highly recommended item to enjoy!