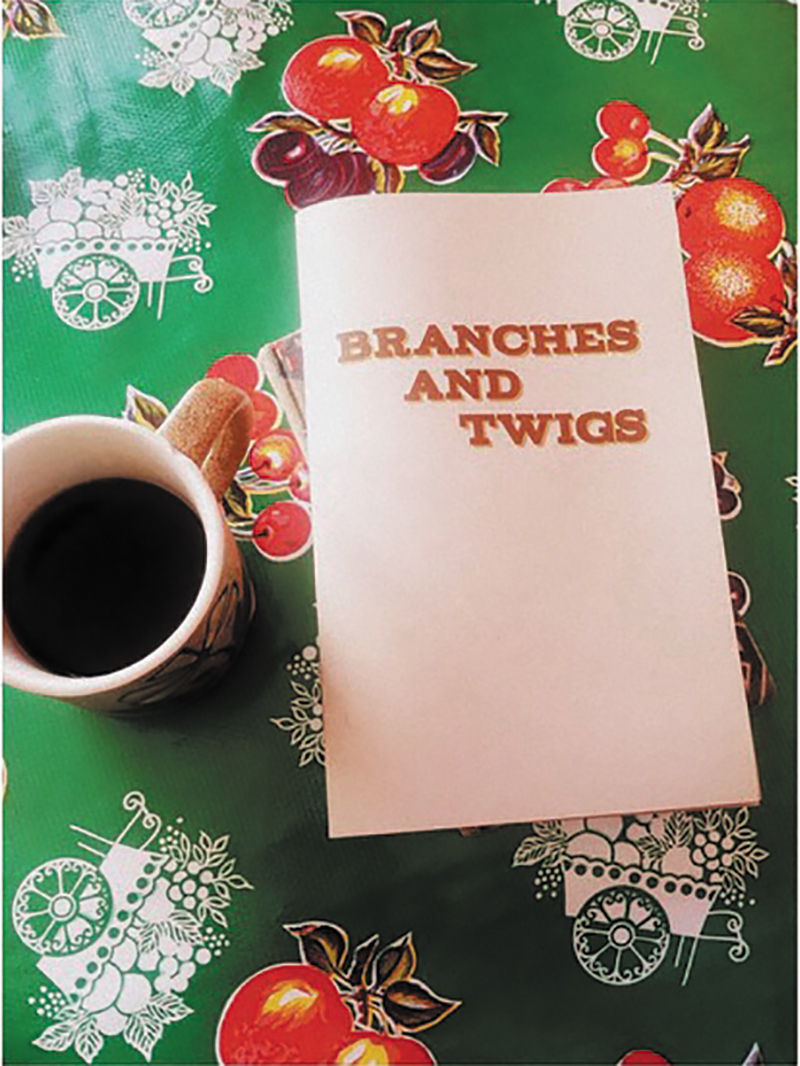 If you’re a typical resident of Salt Lake City, or perhaps even just “The West,” there’s a chance that your ancestors aren’t very clear, mentally. Meaning, you can’t say much about your greatgreat-grandparents other than that you have a vague awareness that they belonged to the nomadic, proletariat mass of people who left their homes at some point for greener pastures. In her zine, McGinnis sets out to fill the void and tell the story of her own wilderness-bred heritage. Through a stylized version of record-keeping, McGinnis offers us faded photographs of her Idahoan family during the golden age, a time long gone. And though the book is certainly romanticizing, the content of her collection has wonderful personality and artfully evades the kitschy signifiers of cowboy-dom. In addition to the photos, McGinnis provides handwritten commentary, which ranges from simply told words of wisdom to the conflicting expectations of women’s gender roles, the beauty of the mundane, and her family’s enduring characteristic of hope. Email McGinnis at kiaginny@ gmail.com, and, for just $3, you can pick up Branches and Twigs for yourself and smile along with her as she builds a new tree. –Nic Smith