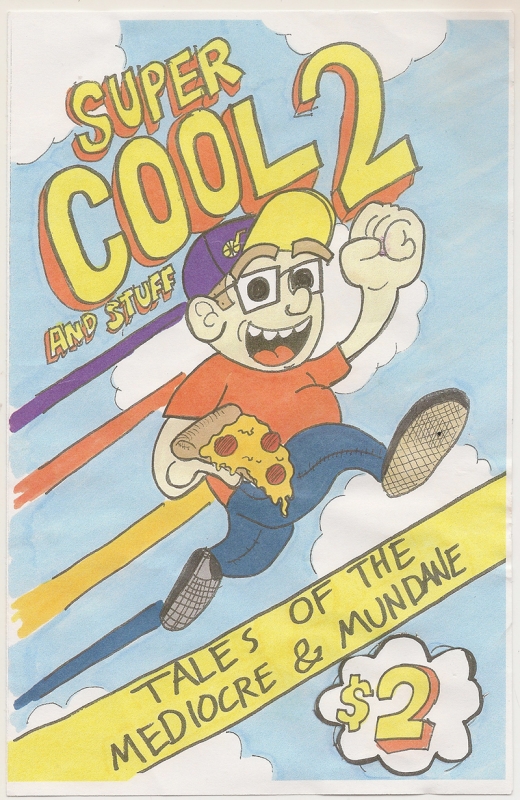 This month, SLUG is happy to feature three zines by three of our talented contributors. Enjoy!

Sometimes, I wish I smoked weed. Not only would it explain the reggae phase I went through when I was 19, but it would transform this collection of Brother Timm’s comics from great to transcendently hilarious. The Adventures of Cactus Boy and Sluggo the Slug are just that, with nearly every single page presenting a self-contained comic or one-image gag in which the duo try to procure beer, avoid being salted or are tricked by their frenemy, Punk Roach. There are hits and misses, and plenty of throw-up and marijuana references, as well as the occasional misspelled word, but that rawness is a big part of this comic’s charm. My favorite of the set tells the tale of Sluggo’s appearance on a Price Is Right–like game show, during which he wins a new set of bondage gear. At the end of the book is a brief bio of Brother Timm, explaining that this comic helped him recuperate from a pretty gnarly Vespa accident that put him in a coma, which makes these adventures even more rad. You can contact Timm at brothertimm@yahoo.com to snag your own copy of the booklet, or send a PayPal donation to help him out with his medical costs. –Ricky VIgil

Ever since Slayer, Requiem and the slew of other comprehensive metal fanzines keeping the genre alive in the pre-Internet era went tits up, metal zines have become a rare commodity. It’d be fair to give Burning Salts kudos for SIMPLY EXISTING in these times, but damn if this isn’t the best, most in-depth metal zine I’ve read this decade. Full-color printing gives it a nice feel, but it’s the content that makes it undeniable. Where most zines opt for a “firing line” approach of questioning, Wharton asks difficult questions that get beyond the surface, producing excellent conversational analyses of the life and work of luminaries like Immolation, Aosoth, Bone Sickness and NWOBHM progenitors Satan. Best of all, it’s chock-fulla extensive reviews which delve far beyond formulaic descriptions that are all too commonplace. With all written content and live photos handled by the same guy, the zine is a relative wonder in this age, and though “Best Metal Zine in the Country” may sound hyperbolic (not to this guy), it’s most certainly the best in the city and region. If you have even a semblance of passion for the glory days of music zines, you’ll stop whatever it is you’re doing and head on over to burningsalts.blogspot.com or snag one at Raunch Records or The Heavy Metal Shop. –Dylan Chadwick

One of the most important tools a comedy writer can have is the ability to make fun of themselves. Ricky Vigil has the self-deprecating humor needed to understand that people are laughing with him instead of at him. Super Cool & Stuff 2 is a series of mini-comics spread across a 16-page zine. By the time you’re finished, it feels like you know all about this guy and his love for pizza, dogs, Jazz hats and hoodies. He’s also got some great stories to tell. Super Cool & Stuff is the kind of thing I imagine Bryan Lee O’Malley drawing while he was still trying to find his voice and playing with styles. The majority of the stories are either newspaper strip cartoons or set-’em-up, knock-’em-down jokes. They’re funny and charming, with the occasional shift to a more serious tone, but the end goal is always to make you smile. It’d be nice to see Vigil do a couple of longer stories because he has the chops to do it. If four-panel stories are the way Vigil wants to go, though, I’m happy to let Super Cool & Stuff take the place of the Sunday Funnies that are no longer very funny. –Trevor Hale