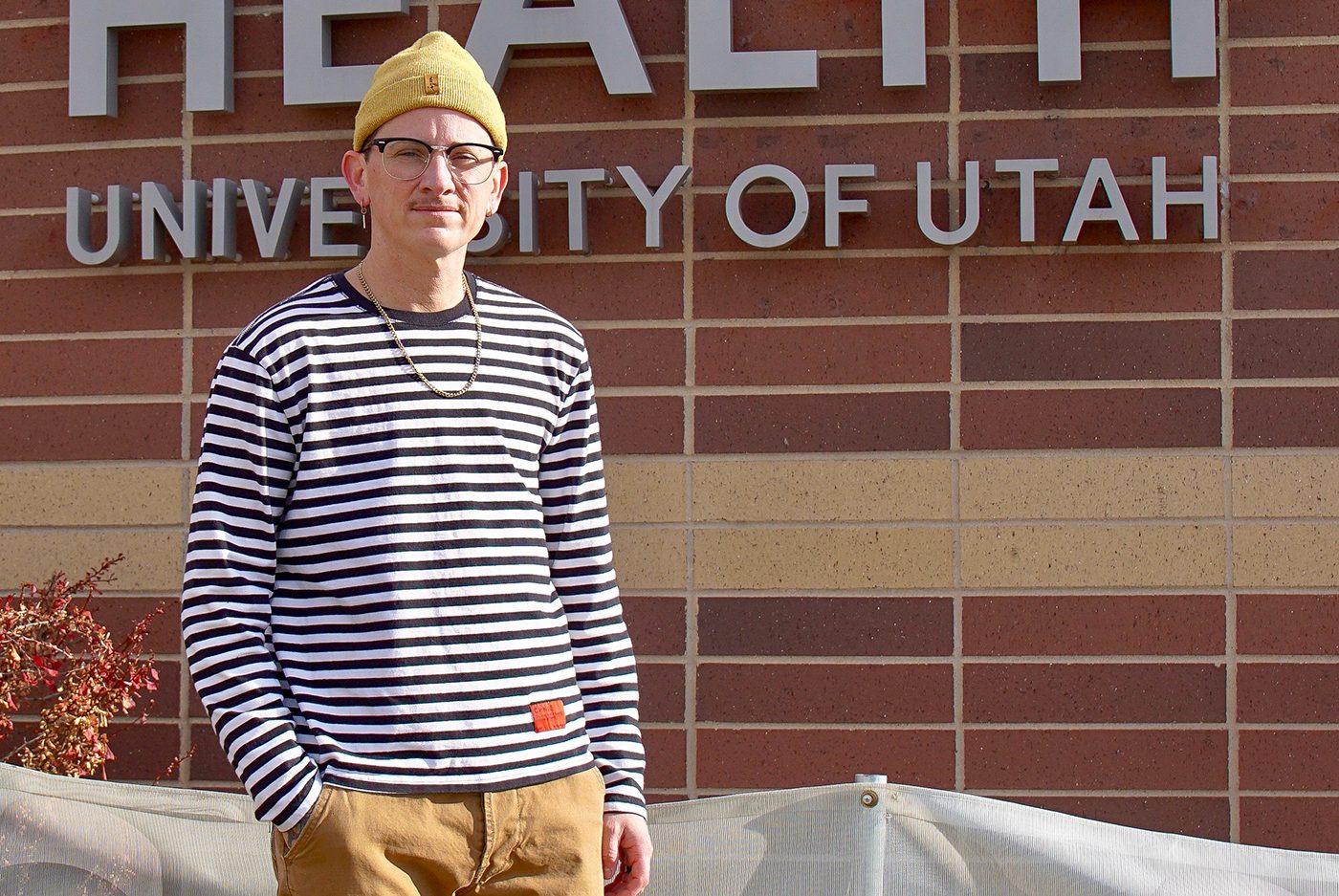 Among the individuals in our state championing social justice, growth and change is River Jude August. An avid motorcyclist (among many other things) and living in Salt Lake City with their partner Jo, their three kids and four dogs, August serves as a leader in the effort to defend gender-expansive rights. A pioneer in undergoing pivotal gender-affirming surgeries, August has also made several legal achievements, such as being the first in the state of Utah to legally change their gender marker to the neutral “X” on their ID.

Setting the precedent that every gender-expansive and transgender individual has a unique gender journey dictated in part by their surroundings, social constraints, privilege and resources is important when discussing matters of self-actualization. Like many other transgender folx, August’s realization came much earlier than the actualization of their true gender and sexuality.  “I would say my earliest memory of when I knew I wasn’t the gender I was assigned at birth was when I was four or five years old,” says August. “I found myself gravitating toward things that were more masculine. And how I wanted to present and how I wanted to be did not align with the binary gender and the gender presentation I was assigned and forced into.”

Aligned with August’s positive changes in their environment, they began to publicly share their authentic self in their mid-20s, publicly coming out as gay at the age of 26 and transgender at 33.

In 2014, August started taking steps towards surgically transitioning. Between that time and now, alongside the medical guidance of the Transgender Health Program at the University of Utah, August has received top surgery and hip masculinization surgery, both performed by Dr. Cori Agarwal; a phalloplasty (the third in the state but first at the Huntsman Hospital) performed by Dr. Isak Goodwin, Dr. Jeremy Myers & Dr. Cori Agarwal; and countless follow-up surgeries that have been affirming but carry their own challenges. “As free as it is to have my shirt off at the lake, I’m still vastly concerned,” says August. “I am worried people might immediately put the pieces together, placing a target on my back … Sometimes I am concerned about my safety and of those who I am with.”

“How I wanted to present and how I wanted to be did not align with the binary gender and the gender presentation I was assigned and forced into.”

In conjunction with the physical undertakings and complications that can come with gender-affirming surgeries, the emotional tug of war between gender euphoria and being able to manage realistic, post-surgery expectations is a constant. “With my bottom surgery, I have grown and felt so much euphoria over the past year. On the other side, I’ve dealt with so many complications and I will have to always navigate not having the full functionality of most cisgender men,” says August.

Frequently  left out of the conversation about healthcare protections are the rights of marginalized folx who don’t identify as femme and/or as a cisgender woman but have reproductive organs bearing the right to equal care. “Even through my gender journey and my access to really good care, I also had really traumatic care,” says August. During one of August’s surgeries, (with a provider/network unaffiliated with the U of U Transgender Health Program) their doctor put August in surgical menopause and made them permanently sterile, with the experience ending in a malpractice lawsuit.

“Oftentimes I think trans folx and gender-expansive folx are so used to either no care or shit care, and so when we do get some sort of care, it can be  misconstrued as really great care,” August says.  Their polarizing experiences shed light on the work that needs to be done not only for trans and gender expansive folx, but that this is also just one part of the larger dialogue toward eventual healthcare equality for all marginalized groups.

“Even though it is sometimes taxing and hard, I want other people to see what I’m going through and be able to relate to it, or maybe it will help inspire someone who might be struggling with their own authenticity.”

While the road has been both rewarding and challenging for August, they value the importance of sharing their own story to help those in search of guidance and reassurance along their own path.“Before I publicly came out as transgender, I was quietly researching on Youtube these gender-expansive folx sharing their gender journey,” says August. “That gave me direct access to what I was feeling and experiencing. As shy as I am, and as anxious as I get about sharing my story, I know that those YouTube videos were so formative for me.”

After all the emotional work, resources and physical recovery August has experienced, they say that,  “Even though it is sometimes taxing and hard, I want other people to see what I’m going through and be able to relate to it, or maybe it will help inspire someone who might be struggling with their own authenticity. And for those folx who don’t feel that they are gender-expansive and/or rooted in their cisgenderedness, for them to humanize trans and gender-expansive folx.”

Standing on the sidelines of August’s journey are the individuals who gave them the immeasurable support to pave their own path toward actualization and authenticity. August’s community played a major role in being able to accomplish these gender affirming goals, and August holds immense gratitude for them. Countless fundraisers, donations and different forms of allyship, along with the support of an expansive healthcare team including their therapist, Dr. Lee Beckstead, has made this transition a possibility for August. Through this course, and even through losing their ability to have their own biological children, August has found a way to build family and community, as well as medical and legal pathways to help guide those in search of actualizing their authentic self. Follow River Jude August on Instagram at @lilonetaffynrem.