00:00 / 20:24
Spotify Stitcher
RSS Feed
Share
Link
Embed
The Brown Bag Concert Series is the Arts Council’s longest running and most consistent concert series, celebrating 35 summers of lunchtime entertainment. This year, the series starts in August and runs every weekday of the month from 12:15 p.m. to 1 p.m.—the typical lunchtime for the average worker—in a variety of parks and plazas around downtown Salt Lake. The concert series is a chance for local art types to showcase their talent, whether it’s music, dance, theatre or poetry. 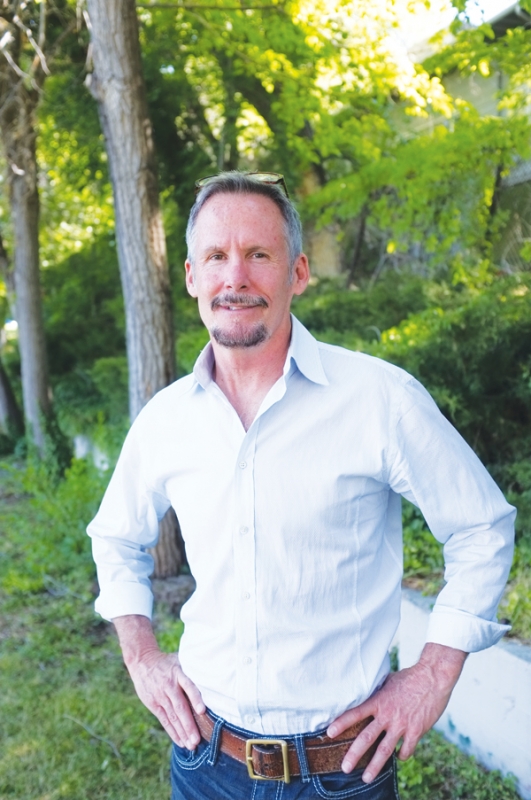 Casey Jarman of the Salt Lake Arts Council has been a part of the Brown Bag series since its inception 35 years ago. Photo: John Barkiple

“Brown bag” isn’t a term I customarily hear too often these days. Its mere mentioning invokes childhood memories of the vapid container whose purpose was to hold my school lunch in early grade school. These mundane contents were typically limited to a lopsided sandwich, an apple and a small, plastic barrel containing pure corn syrup (labeled as “fruit drink”). I felt instantly patronized by the more fortunate kids at the lunch table who sneeringly ate more prestigious meals, like Lunchables, every day. These kids may have generously shared their colored pencils earlier that day and were indiscriminate in picking their kickball teams, but I immediately labeled them as “assholes” the minute they bit into their cheese and cracker sandwiches.

Despite suburbanite memories, “brown bag” holds a very different connotation for Salt Lake townsfolk. Thanks to Casey Jarman and the Salt Lake City Arts Council, it’s been a term of eminence to Salt Lake City’s artistic performers for a long time. The Brown Bag Concert Series is the Arts Council’s longest running and most consistent concert series, celebrating 35 summers of lunchtime entertainment. This year, the series starts in August and runs every weekday of the month from 12:15 p.m. to 1 p.m.—the typical lunchtime for the average worker—in a variety of parks and plazas around downtown Salt Lake. The concert series is a chance for local art types to showcase their talent, whether it’s music, dance, theatre or poetry. Even though it’s formally known as a concert series, the program’s original roots were—oddly enough—completely thespian.

“Its original concept was more of a street theater program,” says Jarman. “We had ‘Shakespeare on Roller Skates,’ poetry on buses—kind of a wacky yet interesting program that was all over the place.”

In recent years, the bulk of the BBCS’s applications have come from the music camp. Even though they’re more of an endangered species, he states that other performing types are equally welcome.

“The application process is open to anybody and anything, but all we seem to get is dance and music,” says Jarman. “It’s been a while since we’ve done anything else, because they need more of a formal stage. Downtown outdoor plazas and parks don’t always have the best dance and acting stages.” Although more popular, the music artists are worth their weight. This year, the BBCS is giving 45 minutes of stage to local greats like Red Bennies, The Suicycles, Salt Lake Electric Ensemble, Great Basin Street Band and many others.

Moreover, whatever talent the artist decides to showcase, they do not do it without reward. The Arts Council wants the artists to view the BBCS as a legitimate concert gig—not a charity event. Thus, artists will walk away with more than just free publicity.

“What I try to provide is a solid program that is professionally run,” says Jarman. “So when artists get there, the sound system is already set up, they are treated well, they get a small stipend for a performance fee and hopefully they have a reasonable audience. Most of the gigs around here are bar or club gigs, so, hopefully, for a lot of artists, this is their first concert gig.”

Of course, the audience that musicians will attract will be optimistically comprised of local workers from the area who are on their lunch break. I imagine that most workers’ scheduled lunch breaks happen shortly after noon, but this is the 21st Century—there is also a sizable crowd of people who work grave shifts and midday shifts who will inevitably miss out. When I faced Jarman with this issue, he answered with the inception story of the BBCS’s much bigger sibling, The Twilight Concert Series.

“When I was running the BBCS, I realized not everybody could make it,” says Jarman. ”Even if you have a 9-to-5 job downtown, is it really that easy to get a full hour lunch break? During those questions, we said, ‘Well, we need to have a concert series for those people who can’t make it,’ and that’s how Twilight became. It used to be called ‘The Twilight Brown Bag Concert Series,’ in fact.”

Today, The Twilight Concert Series is the Arts Council’s main hallmark—known for showcasing famous, national acts and attracting gargantuan hordes of people to a single public park. Even though Twilight has tied up most of the council’s hands, they still manage to make time and room for the BBCS.

“I think Brown Bag has a great history and track record for performances, and hopefully we can keep this going for a long time,” says Jarman. “I think [the concert series demonstrates] a strong need for local artists and performers, and we want to service that need. I just hope we can find the space and hopefully go back to two or three months for Brown Bag, but right now we have to dig in and make sure we can get through because the interest is there for the artists.“

The first week of The Brown Bag Concert Series will take place at the Exchange Place Plaza on 350 South and Main, with Matteo being the first performance on Aug. 6. For the full lineup, visit slcgov.com/arts/brownbag. Hedge your bets and use your lunch break to see what it’s all about. I guarantee it’ll be more satisfying than that frozen burrito waiting in your cubicle.