Chandler Seipert is a breath of fresh air in the skate world we know today. He’s a natural on the board, and he has no inhibitions—only motivation to skate. 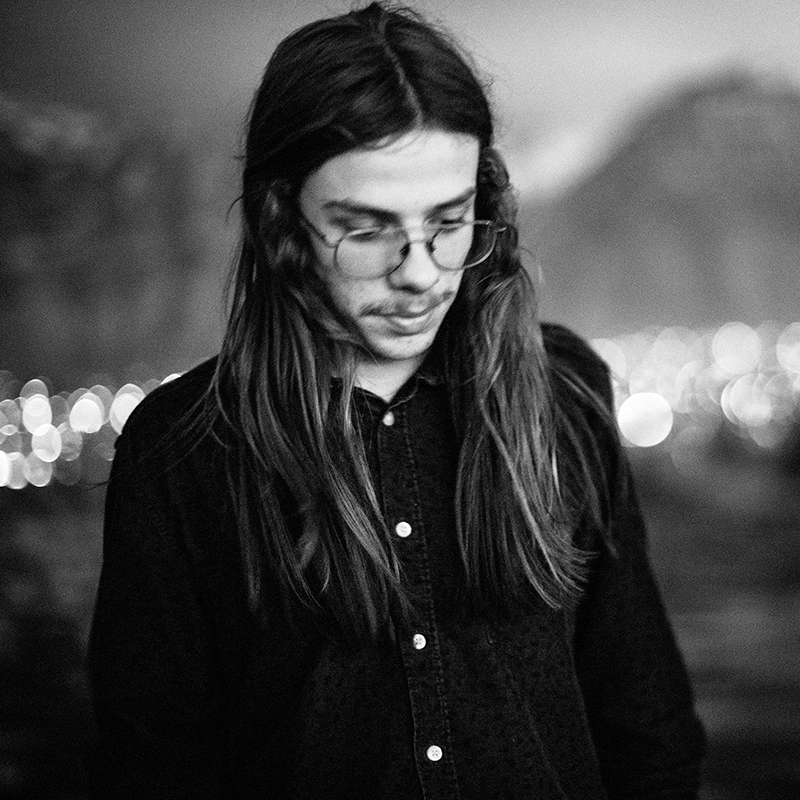 Upon hearing that I would be doing a piece on Utah County ripper Chandler Seipert, I decided to look him up on the worldwide web. His name sounded familiar, and upon watching some of his old footage, I couldn’t believe I hadn’t seen this kid skate before. Gaps? You guessed it. Handrails? Don’t even get me started. He hops on them with ease and he’s hopped on every rail you wished you could. There are two simple words to sum up his skill on rails: on lock! On top of that, he’s got some smooth-ass style. I even caught him shaking his head in the rollaway of one clip, and you know the second angle was a redo—perfection! May I also mention the footage was over two years old? I can only imagine what kind of shit Seipert is handling these days.

Rising up in the local skate scene, Seipert comes from American Fork, Utah. He first laid eyes on the board at the ever-so-impressionable age of 5, as he watched today’s well-known Brodie Penrod skate down the block. Within a couple of short years, Seipert found himself right there next to Penrod, pushing down the street and poppin’ ollies. “I saw him skate in Wranglers—he was a redneck—pushing mongo,” says Seipert as he recalls some of his first memories of skating with Penrod. From there, Seipert took skating as his own, getting his bearings on flat ground and flat bars. “I would just skate on flat land at first,” he says. “You gotta ride the board before you try any tricks.” Walk before you run, right?

Soon after getting his feet on the board, Seipert came across Zero Skateboard’s Dying to Live, one of the most influential videos for any skater coming up at the time. With its display of heavy handrail hitting and insane gaps, it’s no wonder he’s making a name for himself these days. “Big rails, big stairs … That’s what I thought skating was,” he says casually. It was only a matter of time until Seipert would cross paths with other up-and-coming Utah skaters, cruising around with the likes of Matt Fisher, Matt Bergmann, Devin York and Dylan Call. Coming from AF and trying to figure out this whole skating thing is a bit different compared with the spots and parks we Salt Lakers are used to, so Seipert looked to Utah county’s abundant parks and surrounding spots to progress. Seipert did it right, too, as he landed himself a spot on Milo’s ripping team a few years back, where he’s hooked up with killer discounts and a board a month—compliments of Benny Pellegrino! Hard work pays off, kids.

Still residing in his home town, Seipert hits the local AF park on the daily—that is, until a homie comes by and gives him a much-appreciated lift. Without a car, he’s going wherever the bros are. Sometimes it’s 9th & 9th in SLC, the Day’s Market rail in Provo or a ditch in Las Vegas—just get Seipert there! In regard to traveling, Seipert sets his sights on California (where he’s a recurring contestant at the Wild in the Parks contest series), as well as the ditch-filled Vegas area. Now I’ve seen some of his footy, and I told you the kid can skate rails, but now ditches? Don’t let me lead you to believe it’s all rails and ditches for him, though. His favorite tricks consist of back smiths, hard flips and over-crooks, in addition to his love for transition. Seipert is proving to be an all-terrain ripper.

As far as motivation goes, Seipert doesn’t need much. When I ask him what motivates him to skate, he simply says, “Fun.” Learning and trying new things keeps him on the board and keeps us entertained. Seipert’s got a good perspective on the skate scene, focusing on the good times and the good friends it always offers.

If you want to check out Seipert’s aforementioned rail-handling footage, toss his name in the ol’ YouTube search and prepare to see some serious skating. He’s got a handful of clips in Fisher’s Trickonometry part and two minutes of solid footy from 2008 that can’t be missed. Yes, I said 2008—seven years ago and nailing it then! Next, dig up your copy of the local vid, Love It or Leave It, in which Seipert has a full section. Though the footage may be somewhat out of date, it only suggests where Seipert’s skating may be today, and I’m sure everybody is anticipating what’s next for him. At the ripe age of 18, Seipert has nothing but opportunity ahead of him, that and a load of unseen footy he’s been piling up since his early days on the board. He plans to hold out a few more years and later put out a part, displaying his progression in skateboarding, from Wrangler jeans and varial flips to Jimi Hendrix shirts and long hair. In the meantime, we can look out for a homie video that’s been in the works. Keep an eye out for more info.

When he’s not out wreaking havoc in the parks and streets of Utah’s great North, Seipert kicks back with the classic tunes of Hendrix, Peter Green and the Grateful Dead, to name a few. He has a band that’s seemingly kept as loose as his skating, with no name or strict plan. “It’s blues rock n’ roll,” he says. “We’ll be playing shows within the year.” 2015 is looking to be a big year for Seipert!

Seipert is a breath of fresh air in the skate world we know today. He’s a natural on the board, and he has no inhibitions—only motivation to skate. Though he rides for Milo, Seipert doesn’t need fresh gear and a sticker on his board to get out and cruise—the skateboard under his feet is all he needs. In terms of what’s next for Seipert, your guess is as good as his. He’s going wherever the good homie takes him. Whatever he has planned, in addition to getting the band going and stacking footage, we can assume it’ll be interesting. Ride on, Chandler Seipert!