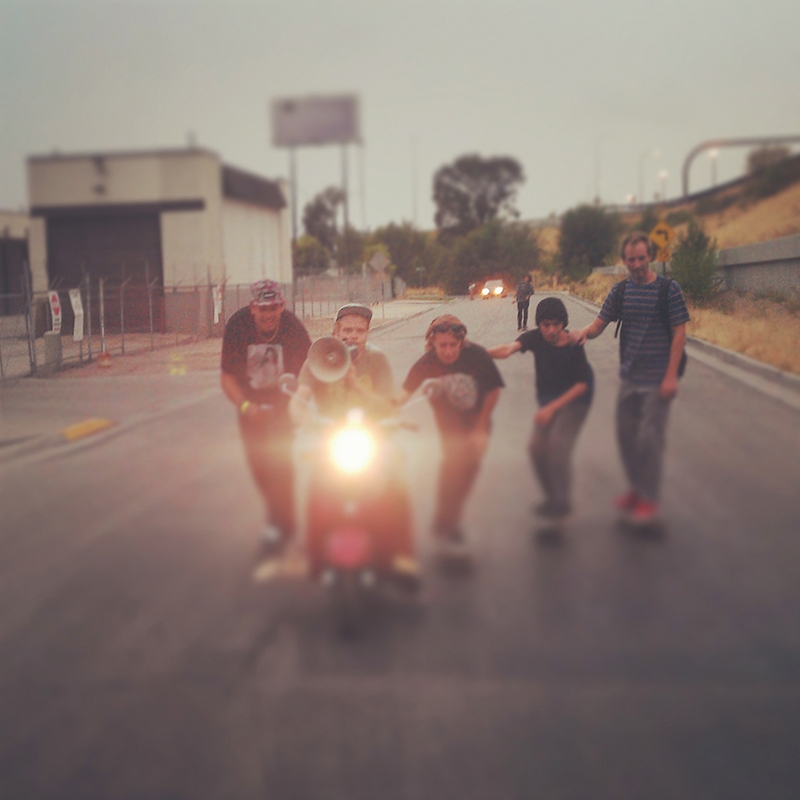 “This was the second Summer of Death I have been to, and I was disappointed that we didn’t go to more spots. However, it is one of the best comps out there … I was really excited, initially, because they were keeping the spots secret and that added to the anticipation of the whole event.

The first spot we went to was interesting, but it lacked the ability to be skated by all skill levels. The second spot, however, was more open. The gap was almost an accidental find when we were on our way to the train, and it could’ve produced some good tricks until security called the cops on us.
This pushed the competition out and on to the TRAX to find the next spot. We stumbled upon a freeway ramp that was just waiting to be destroyed. Within minutes, bangers were going down, Cameron and Carson Parkinson tail dropped and nosepicked into this massive bank with Nate Brown right behind them. Some gnarly slams went down, and then everyone mellowed out and hung out for a while. The clouds began building and we could tell that rain was imminent as everyone headed off for the last spot. When we arrived at the manual pads, it quickly became a snake run, and there were 20 people going at once. The rain began to fall, but people were still throwing down hammers.
This photo is cool because it captured the ‘never give up’ part of skateboarding. Even though it was raining and we had already been kicked out of two spots, everyone was stoked to keep on pushing. This was right before we headed over the Jersey barrier under the bridge, and I think that this last stop was probably the most fun for everybody … I’ve never seen so many tricks go down on a Jersey barrier in less time: Tanner Oliver was getting blunt pull outs, George Martinez was getting buck with a front 50-50 270 out, and Aiden Chamberlain got next level with a back smith 270 … Hitting the streets with your homies has always been an essential part of skateboarding, and this competition has been able to capture that.”  –Jeremy Andelin, @I_Push_Wood
Jeremy Andelin is the winner of our 14th Annual Summer of Death: Roughside of the TRAX Sponsored by Scion Instagram photo contest, in collaboration with INI Cooperative. Follow us on Instagram @SLUGMag to find out more about our upcoming #inSLUGram contests and get featured in the mag! Read more on Summer of Death, pgs. 39–40.