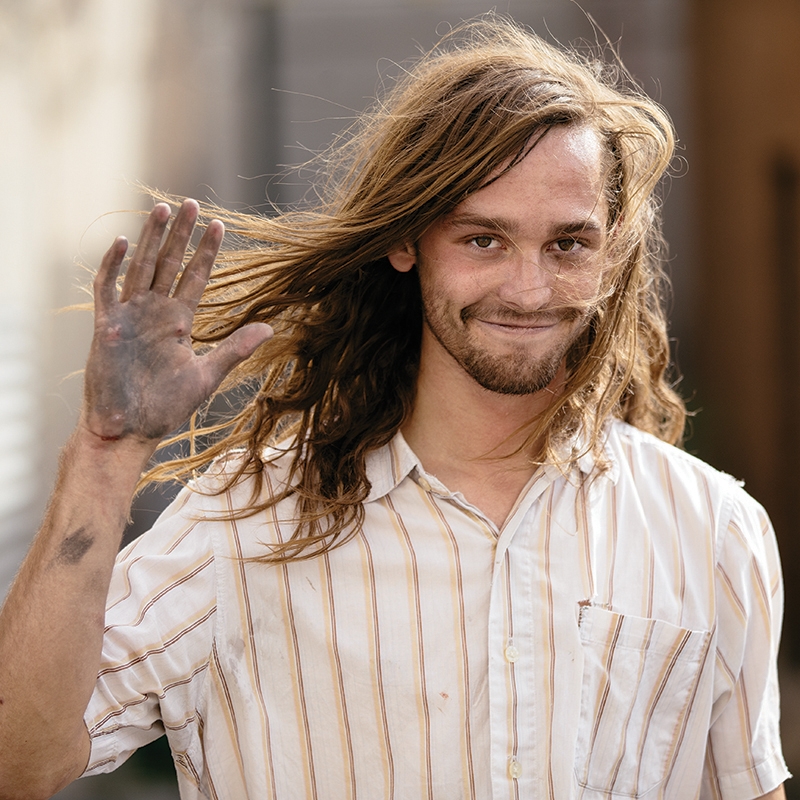 Matt Bergmann: The Bergler Does it All

Matt Bergmann absolutely kills it on a skateboard. I’ve seen Bergmann around for a couple of years now, and all I can say is that this dude fucking rips. He can—and will—skate anything. With his raw talent, loose style and I’ll-skate-whatever attitude, it’s no wonder Milosport gave Bergmann a spot on their team.  Hailing from Provo, Bergmann got his start in skateboarding early on. His brother and friends sparked his interest in skating, and he took it from there. Bergmann grew up skating the Orem park, before a park was built in Provo. Two of his big influences in skating early on were his friend Dave Nelson and Utah local Aaron Lopez, who was the first dude he got to watch skate. From there, it was all skateboarding for Bergmann.

What keeps him skating now is the fun it brings. He’s been doing it so long now—he says, “It’s just become what I do.” He loves the individuality it comes with, the possibilities for creativity and not being tied down by doing one thing.Now living in Salt Lake, Bergmann’s a regular at 9th & 9th, among other parks and, of course, the streets of SLC. Being from Provo, he’s seen two different skate scenes. I asked him about Provo, and how he felt about Salt Lake’s scene. His take on our scene here says a lot about who he is. He likes that no one tries to do the same shit, noting that everyone does their own thing and brings something original to the table, and Bergmann is no exception. His interests—in skating, people and things that get him stoked—are much like Bergmann himself. He’s down for anyone that skates—anyone that’s happy to be riding their board. Bergmann’s in skateboarding for the long haul—he’s not in it for the chicks or the glory. Bergmann just wants to skate.

What’s rad about Bergmann’s skating is that you can’t classify him as a certain type of skater. He’s well-rounded. He does it all. When you watch him skate, it’s non-stop charging. He’s got rhythm in his skating, and the rhythm makes sense. You see, Bergmann thinks skating and music go hand in hand, and Bergmann’s a blues man. It seems appropriate. How else could he fly around on the board with such style and smoothness? You think he’s daydreaming about 311? Hell no! When you see him on a non-stop tear through the park or streets, you can assume he’s got Howlin’ Wolf or Willie Dixon blasting in his head, iPod or no.

Much like his just-do-whatever mindset while on the board, there’s no this way or that with Bergmann, and no concern for making plans. If an idea comes up, or a trip is in the works, Bergmann’s down for it. He’ll jump on any train that’s headed to a skate park. Recently, Bergmann took a couple trips to Oregon and Montana, gracing their parks and streets with his presence, and most likely turning heads. He’s big on Dreamland parks, and if you’ve seen any of them, you can imagine the type of skating this dude does.

Though Bergmann likes to keep his plans loose (or non-existent), he’s been working on a solo video for a while now, with hopes of putting it out before the snow falls. So when you don’t see him destroying at 9th Park or Rose, you can assume he’s out on the streets, handling business for the video. I’m expecting some pretty mean skating from this one! As of late, though, Bergmann took home $250 for a best trick contest in early October at the Energy Solutions Seven-Rail. If you haven’t seen the clip, do yourself a favor and check it out!

I’d tell you what’s next for Bergmann, but I already said he doesn’t make plans. He goes with the flow—he skates whatever, and he’s just here for the good times. If you’re not bringing the good times, Bergmann totally will.