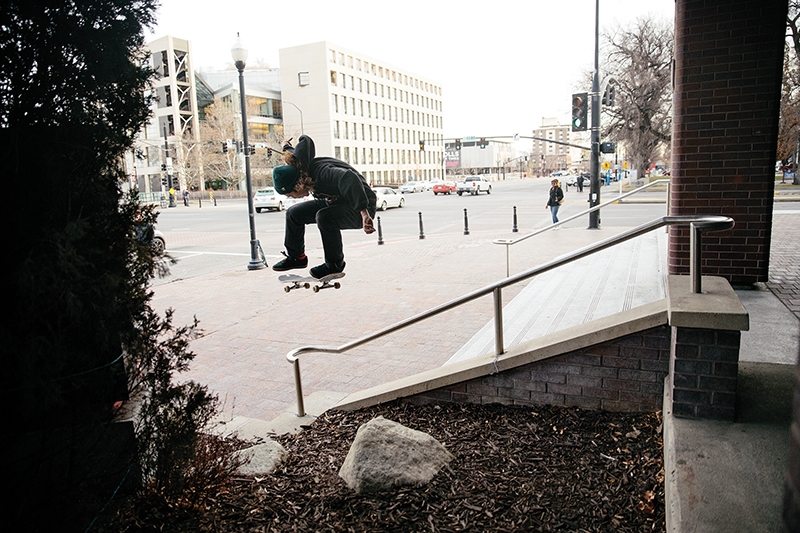 Last June, I went out shooting with Eric for the first time. Actually, I think it was the first time we had even met. We found this nice gap Downtown and Eric got right to it, throwing switch heelflips. After a handful of tries, he landed on one and slid out, dislocating his shoulder in the process. We ended up at an urgent care to get it set. Seven months later, we found ourselves at another gap, just blocks from the first. This time he had more favorable results, landing not one, but two heelflips over the rail. Thanks for that second heelflip, Eric.