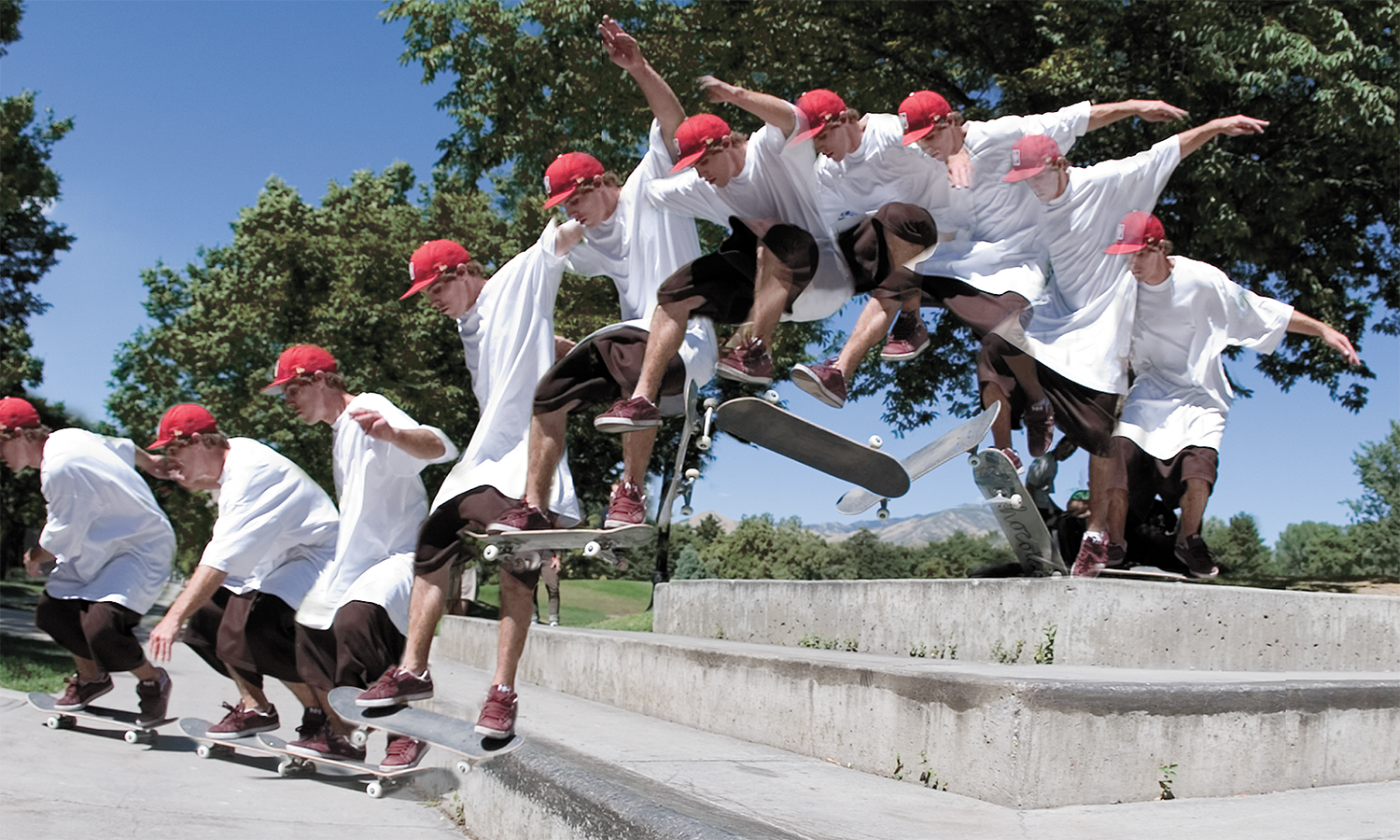 Summers in Utah are hot, and personally, I don’t like them very much. Finding the motivation to skate when it’s over 100 degrees outside is nearly impossible. You either have to wake up early, or sacrifice an evening of drinking in order to get some time on the old wood plank. Saturday, August 11th was no different from any other hot summer day except that it was time for SLUG’s second and last contest in the Summer of Death series. Now this means that all these poor kids that are looking to make a name for themselves or just needing to win a few bills for unpaid bar tabs have to skate in this God-awful heat. Luckily, for both the contestants and spectators, the first spot was at Liberty Park next to the fountain. That water is fucking gross, but the wind blowing over that small amount of water made for a nice, misty, cool breeze. An hour passed as my sweat thong grew more noticeable through my shorts and then it was time to drive to the next spot. Thank God for A/C.

Austin Namba killed it. Tre flip off the third block, f/s 360 off the second block, and a tre flip nose slide to fakie on the ledge.

Morgan Cope stomped the shit out of not one but two double flips off the third block.

Stop number two brought us all down to Meier and Frank on Sugarhouse’s lower west side. I contemplated staying in the car for this one. I was rather enjoying the A/C, and didn’t really care to watch these guys sweat their asses off; it makes me even hotter when people around me sweat. As the crowd grew, my view of the contest was lost, so out into the heat I went. I found sanctuary under a tree until it was time to leave for the final stop and back to my precious A/C.

Matty Coals was floating on air with a beauty of an overcrook.

Isaiah Beh switch 50-50’d the fuck out of it, and Dirk Hogan took it back underground with a rather entertaining caveman blunt slide.

Cool; a loading dock with a sketchy high rail, it couldn’t be anywhere but the old abandoned Newspaper Agency Corporation building. The runway was packed with kids waiting to take their chances to reserve a spot in the winners’ circle, and people were getting snaked left and right. As I always like to say, “if your gonna snake, you’d better make.” Everybody seemed to work it out and some cool stuff went down, but I was way too hot to deal with this anymore, so I left to get some damn ice cream.

Shane Felix came through with a fakie f/s heelflip at the buzzer to put a cap on the event before heading to the BBQ at Fairmont, thrown by DC Shoes.

Congratulations to KYLE CONDIE on winning the Redbull’s “Send Me To Woodward” essay contest, hope you have fun there!