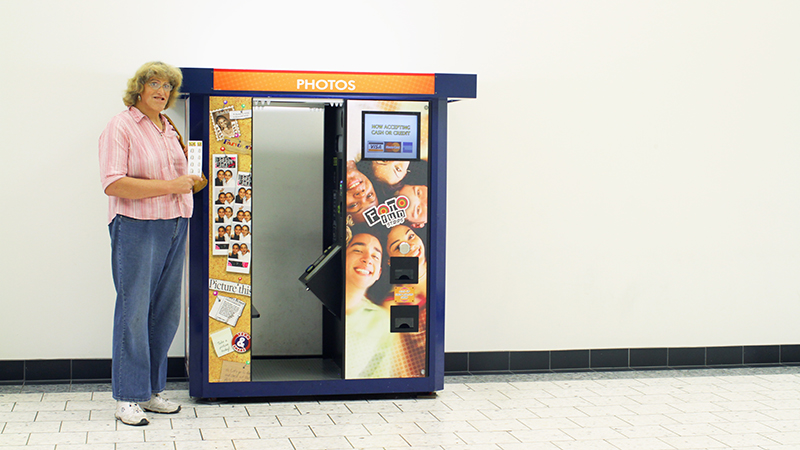 This documentary follows Markie Wenzel, a transgender woman and former fundamentalist Baptist preacher, on her journey discovering her gender identity. It begins with her initial transition then, as the strain of rejection from church and family wear on her, the process of de-transitioning.

Director Matt Kliegman first began this project over a decade ago, filming over the years of Markie’s transition. “I met Markie in 2007 when she was working at the airport in Milwaukee as a TSA officer,” Kliegman says. “I almost walked by without stopping, but I had a genuine empathetic response when I first saw Markie and felt like I was picking up on an emotional signal she was putting out. Over the next few years, we got to know each other by filming short, inspirational videos for Markie’s blog and a Tumblr account I started to chronicle the process. We did all sorts of quotidian Wisconsin things—went to the state fair, visited the Brewers stadium and explored the various scenic nature spots around Milwaukee.”

Throughout the Film we see snippets from Wenzel’s past as a preacher and interviews with her family and community, most of whom believe that Markie’s choice to transition is a mistake and an act against God. They all serve to give the audience a better sense of the world Markie is coming from and the isolation she is feeling.

Markie in Milwaukee offers an uncertain but hopeful tone, especially as Wenzel re-introduces herself to the audience as both Mark and Markie and announces her resolve to move forward in life, accepting herself without fear or restraint. Wenzel says, “Several things have changed my situation since finishing filming the documentary in 2016. I have a restored relationship with my family. I have a great ability to be able to reach out to others experiencing hurt and try to help meet their needs. I have a renewed compassion for others and a strong desire to try and make a difference.”

Kliegman remained persistently committed to telling Markie’s story through this film. “In 2012 I was planning to accompany Markie to her gender affirming surgery appointment and had made plans to come to Milwaukee and travel with her to Green Bay where the procedure would take place,” he says. “A week before I got a call, [when] she told me she would not be undergoing the surgery and would start living as Mark again.” Markie had thought that Kliegman would no longer be interested in filming her story, “but we soon realized what a powerful story we had on our hands, and filmed extensively throughout 2013,” Kliegman says. “At this point, we knew we had a story to tell that could only be told as a feature-length film.” –Lois Brady