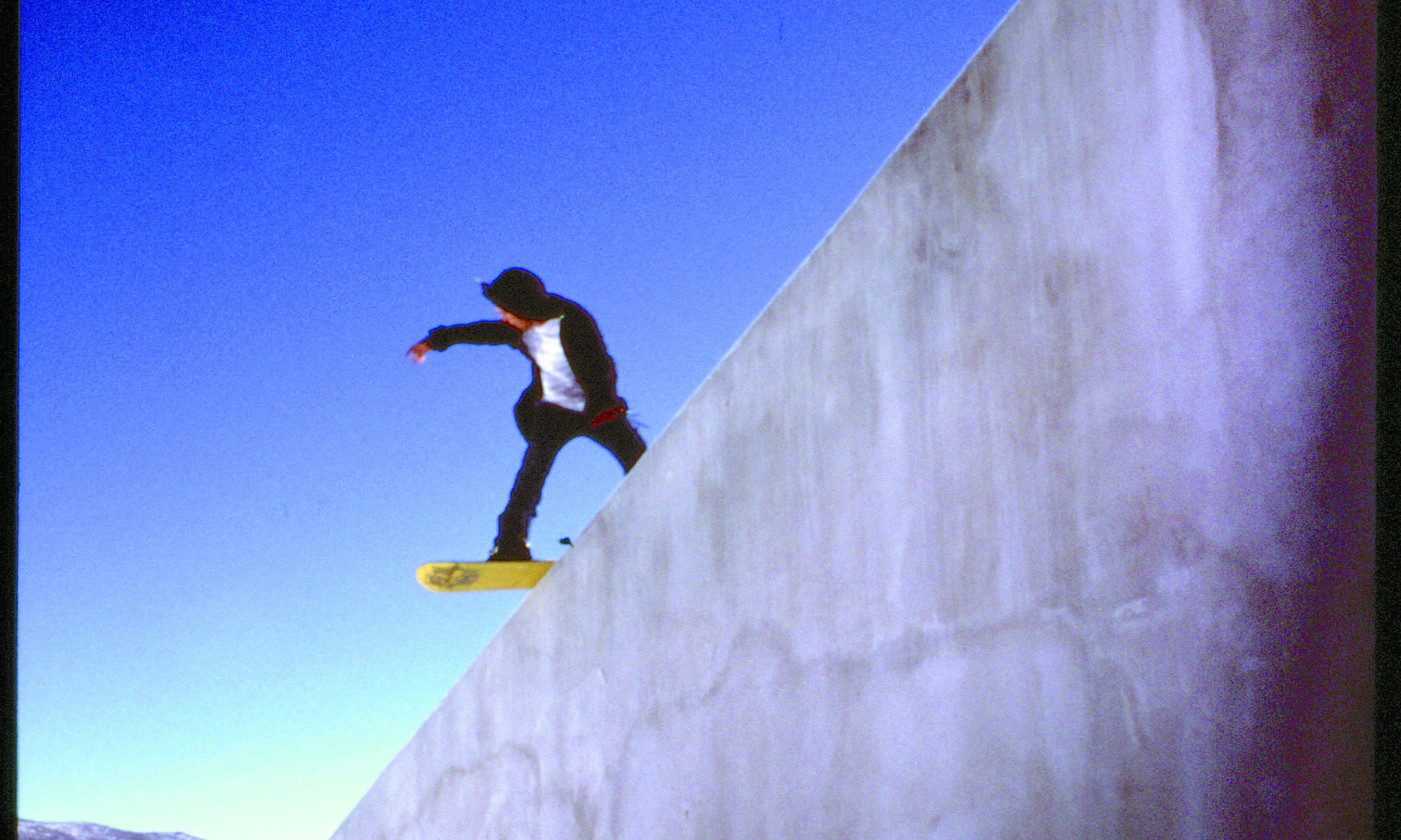 With each new season the progression of snowboarding reaches a higher level. Bigger gaps are discovered. Urban spots are constantly being built in cities around the world. Riders think up innovative technical tricks that nobody has ever seen. Terrain parks allow new tricks to be dialed before taking them to the streets or backcountry. Television, magazines and videos have allowed riders to see the innovations that people come up with like hitting an old spot in a new light, or never-been-done trick variations. Everyone gets to see it and build off of it. It’s like the entire snowboarding world is shredding together and getting hyped on one another.

Even industry technology is pushing snowboarding’s progression. The creation of short flexible boards with no edges designed for rails and long ridged ones for jumps. Wax created for every weather condition, pipe dragons that can cut walls 20+ feet deep and new jump concepts like the one David Benedek came up with in “91 words for snow” allowing riders to go bigger and stay safer.

Who knows where it will end up this year. Just when it seems that the industry has seen the craziest it can get, someone steps it up to a new level. Is there any limit to snowboarding’s progression? Can it reach a point when “it’s been done before” defines the sport? I doubt it.

One thing is for sure, riders will always have to pay to play, make it or break it. Nothing can every change that. A good slam could be exactly what’s needed to jump start your session with a hit of adrenalin. Or it could lead to exactly what isn’t needed–lying to waste the rest of the day.

Such was the case on this beautiful blue-sky day. Keeping it low tech and steezy Cody Comrie glided flawlessly through a front board on this concrete ledge with a treacherous drop to one side. Amped on Cody, Ricky Cheney got taxed on an attempt to up the ante with a switch front board. We’ve all been there, that half a second that lasts half the day as you wait to slam into the ground like a limp rag doll.

No worries though, you always have good friends close by to point and laugh while you gasp for breath. After a quick “thorough” examination you will certainly be left alone in agony while everyone huddles together to check the footy in super slow motion. Undoubtedly heaps of OOOOOoooosss will below from the group at that exact moment when body meets ground. Most likely you yourself will smirk and laugh a bit at what has just happened. Assuming you’re still conscious.