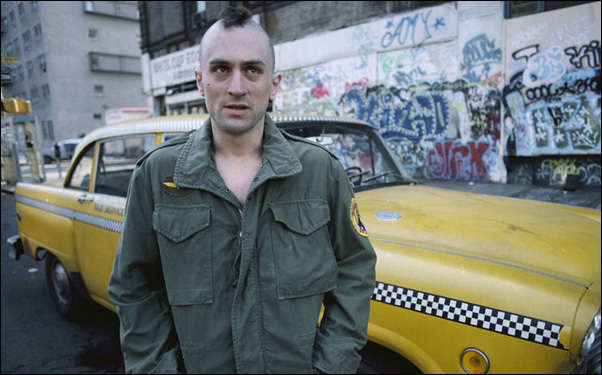 Soccer Dad and the People in your Neighborhood:True tales of an SLC cabbie

Since Cab #6 (another mini-van!!) has a tape deck and shitty speakers, and seeing as how punk rock sounds better than anything else in that fidelity situation, I drove around all night listening to an old dubbed tape of mine with three entire albums on it: Propaghandi’s Less Talk, More Rock; and the Guttermouth classics Friendly People and Teri Yakimoto. I, of course, ejected said tape whenever somebody I deemed possibly-offended-by-radical-political-views-and-some-filthy-fucking-lyrics got into the cab. But whenever possible, I blasted the shit, heavy on the treble. All night, I felt real contentment, musical and otherwise, with those three albums cheering me along my shift.

So I was sitting far out of sight on 2nd East, away from the bars around midnight, reading a novel about death. I didn’t care if I made any more money or not. Well, I kind of cared, but I was happy for various reasons (the main one being that my ex-girlfriend moved out), and dammit, I took it as a sign to relax and eschew my duties. Felt good. Then the dispatcher cut in to kill the mood.

“Oh-six.”
I pressed the button on the mic, “number six.”
“Wanna chase about six miles?”
“Legit?”
“Damned if I know. Do you feel lucky or not?”
I didn’t feel lucky. But I’m no good at reading feelings. “Always.”
“Then call me when you get to North Salt Lake.”

I cut up to 3rd West as quick as I could and hit the gas as it rounded itself into Beck Street. The neon of Northern X-posure was a jiggling mirage ahead. I tried to listen to lady luck as the speedometer hit 60, to pick up hints pertaining to the events of the immediate future, but I got nothing. Then I stopped trying, turned up the music (“Consider someone else. Stop consuming animals.”) and sang along (“…and bring your stupid friends along…”).

Dispatch gave me the address along with some brief directions, and the passenger was waiting outside when I got there. He told me that we had to go to an ATM and then to an address in the city and then back to North Salt Lake. Totally a drug deal, yes, but I like to keep a strict ‘don’t ask, don’t tell’ policy with those things.
“Okily,” said I.

It quickly became apparent that dude man was on a coke bender, but he was relatively mellow and funny about it, so I didn’t mind too much. And he was stoked on the music. He told me to turn it up and he knew the words, even. And then he told me a story involving his old high-rise window cleaning job in Seattle, naked women, and smoking out of the singer from Soundgarden’s four foot bong. Apparently, Chris Cornell lives in the same building that “they show that one chick in The Ring living in” and dude man had been cleaning Cornell’s twenty-second story windows when one thing lead to another and…”Cool as fuck,” I said. And he totally didn’t sound like he was lying.

He talked and I listened (I wasn’t up to speed, so to speak) until we got to the address on 5th East. He handed me fifty dollars and told me to swear that I wouldn’t leave him there. I told him that I wouldn’t and, of course, I didn’t. As it turns out, though, I only had to wait about two minutes.

Out of the shadows I saw dude man coming fast, running even. It’s usually not a good sign when somebody’s running from a drug deal, you know? I thought about getting away, but I had sworn that I wouldn’t leave. “Go, go, go,” he breathlessly said as he got in and slammed the door. And I did. About two blocks away, after the initial shock of possible danger seemed behind me, I asked, “Is everything cool?” Only then did he tear his eyes off of the rear window. “Oh yeah,” he said with a sweeping get-out-here motion of his hand, “we’re cool. Why?”

WHY!?! I just let out a little laugh and got onto I-15 as quickly as possible. Beck Street just didn’t seem like it was going to be fast enough.

He didn’t say much on the way back to his place, and I didn’t say anything. When we pulled up, the meter read $31.40. He told me to keep the fifty that he’d already given me and then he gave me an extra twenty. Then, almost apologetically, “Want to come in and do some street drugs?”