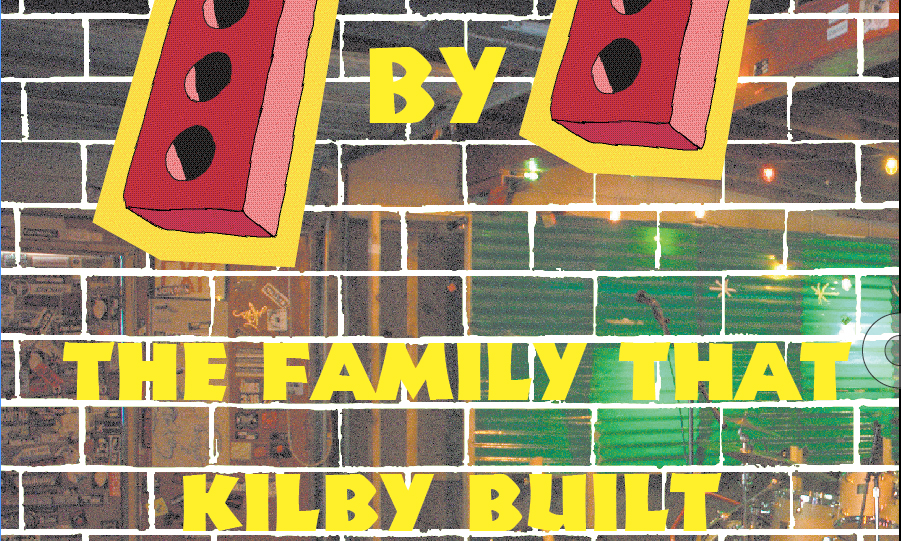 The Family That Kilby Built

Anyone who has grown up in Salt Lake City and started going to shows at a young age knows that Salt Lake’s all-ages venue options have always been limited. Stereotypically, all-ages venues come and go every few months to every few years for numerous reasons, which is also a nationwide trend. The staying power of a venue screams volumes about the owners, the patrons and the bands that play there. Furthermore, there is something to be said about an all-ages venue, which doesn’t require any bar revenue to pay the bills. That venue in Utah is Kilby Court: one of Utah’s longest running all-ages venues, which will celebrate its eighth anniversary in July.

“Kilby was an accident,” said Sherburne. “It was never intentional. I never planned on starting a venue, but at a certain point it became my identity and now I like it. Up until very recently I still thought I was a woodworker.”

In 1999, Sherburne was living in his woodshop on Kilby Court (the street) where the bathrooms are now located. At the time Sherburne was living there the Kilby space/garage became available for rent and Sherburne snatched it up. “I was in this art group called Borrowed Walls,” Sherburne said, “And I thought they’d go in on it with me; as it turned out, they didn’t want to. There was no bathroom and it was a garage with one outlet.”

When Sherburne’s idea for making the garage space an art gallery didn’t pan out, he decided he still wanted to find a way to hold on to the property. Around that time, venues around town had been under fire for doing shows and were laying low. “The promoters were trying to find places to put shows and I said, ‘We can do it here in this garage, just give me a little money to offset the rent.’ Then it became fun. It was parties and you could bring alcohol, do anything you wanted and there was a donation jar if you wanted to give.”

It was in July of 1999 that Gentry Densley of Iceburn and Form of Rocket (to name just two of his many bands) called up Sherburne about doing a proper show in the garage—not just a party with bands playing. When Densley printed up flyers for the show he advertised the garage as the “Kilby Court Gallery,” thus naming the space.

Kilby Court had entered the “honeymoon phase” of its existence. The shows started flowing, it was gaining notoriety and it quickly become the place for live music and parties—everything seemed to be perfect, then reality came and swiftly put its foot down.

“For 10 months [when] it became more consistent, we were doing three, four, five shows a week and then the city came in and said we needed to get a license. We had to shut it down and get it legal. I was going to quit at that time because I got some pretty hefty tickets and was looking at jail time for running a business without a license and they said I was selling the alcohol to the people I let bring it in. The city had a pretty solid case.”

While going through the mess of getting shut down, resolving tickets and accusations and deciding whether to close up shop or reopen, Sherburne said his attorney talked him into keeping Kilby and making it legal. However, the money it would take to get things official was more than Sherburne had to give. One night, Rick Ziegler, owner of the then Salt City CDs, called and told Sherburne he really liked what he was doing and hoped it would continue. Sherburne told Ziegler he didn’t have the money to go through the legal process. Ziegler then promptly offered $2,000 to help and said to call if more was needed.

Upon reopening the venue, Ziegler came to the first show and told Sherburne that it was great, but that a new sound system was in order and went out and bought new sound equipment for Kilby. “It was amazing,” said Sherburne of Ziegler’s generous contribution. “He came in at a critical time and did great stuff for us. He was really instrumental in stepping in at the right time. From there it has progressed and evolved into what it is now.”

Running Kilby Court gave Sherburne the opportunity to meet and talk to countless people daily. The now-famed Utah and world-known artist Leia Bell was one of these. Sherburne remembers Bell as a frequent Kilby attendant when he met her. After some time passed, Bell began doing Xerox flyers for shows, the two began dating and eventually found they were pregnant.

“We found out we were pregnant and decided, ‘Let’s try this. Let’s go forward with this.’ I remember thinking that night: ‘I want my kid’s mom to be famous.’” Sherburne said. Shortly after that, the two moved into an apartment right across from Kilby. Bell was about to graduate from college and the couple decided to have her start doing the posters. “Leia has defined Kilby with her posters,” Sherburne said.

When people began seeing Bell’s Kilby posters and when she began posting her work on www.gigposters.com, her art career began to ignite and started a fire that threw Kilby the rest of the way out of the dark and into the light.

“The art [stood] out as world class. It did something because of the gushing praise we would get from bands,” said Sherburne.

Sherburne said Bell’s show posters and art are now collected the world over and her artwork is able to bring in more money than Kilby, so in spite of all the recognition and success of both Kilby and Bell, the venue has never brought and is still not bringing in a substantial amount of money for Sherburne and Bell, who now have three boys—Cortez, 5, Ivan, 3 and Oslo, 7 months.

“I remember the year when Kilby lost $979 and I was stoked because it was almost breaking even. When I was single, I could work at night and that’s what Leia says she remembers about me—that I was the guy in the shop working late at night. It lost money and I supported that by doing carpentry. When you have kids though, you can’t work all night to make up for the show you lost money on.”

Living on Kilby Court across from the venue was taxing on Sherburne, who said he over-stresses everything. “If you’re self-employed, you don’t have the luxury of punching out at the end of the day. Now it’s established enough that it’s not self-consuming. I’m not stressing about it all the time.”

Though Sherburne agonized about different aspects of his work at the venue, one thing he never worried about was his and Bell’s children growing up around the Kilby concert-goers.

“The people that they’ve been exposed to over there are good people,” he said. “Our crowd is the best and the brightest. That exposure to a positive crowd is hugely beneficial and it would have been detrimental if they were exposed to a negative crowd, like the crowd I grew up with,” said Sherburne of his punk-rock youth. “I was a misfit and found this alternative scene, this punk culture and I don’t think it was good. I’ve always thought the way I grew up was a good thing, but it wasn’t healthy, it wasn’t positive and I hope my kids don’t have to go through that. What I want to offer this community with Kilby is something that if you’re struggling with your identity, you don’t have to be negative, there’s something positive and not mainstream.”

As Sherburne’s and Bell’s children continue to grow, so do many of the fledgling bands who first spread their tiny wings at Kilby such as Death Cab For Cutie, My Chemical Romance, Bright Eyes, The Shins, Minus The Bear, Rise Against and Cursive to name a few.

Band after band and year after year, Kilby continues to breathe music into its walls and exhale an optimistic vibe that is unduplicated anywhere else. Sherburne accredits most of Kilby’s longevity—besides his staff, which he says are “the greatest,” and the kids who return show after show—to low overhead and a great landlord.

“We took a garage that had one outlet and turned it into something. We didn’t go out and rent prime retail space to start. If you’ve got to come up with that much money every month, you’re going to have to do risky shows and at a certain point the risky shows are going to get you shut down. That’s just the way it is. Our landlord, Al Carter, has been enough of a standup guy to have kept rent the same. Technically he could have raised it after we did improvements and [when] property taxes have gone up [but] he’s kept it the same. He’s been a good guy,” said Sherburne.

Through the eyes of Sherburne, the future of Kilby Court is gleaming with hope and possibilities. For the anniversary celebration on July 27, Sherburne and Bell have received approval from the city to turn the old woodshop into a poster/art gallery, which will be unveiled at that time. Sherburne said it will be a place where people, and parents specifically, can go to sit down, talk and get away from the music for a few minutes if they want and enjoy some interesting art.

“I’m excited. For a long time I was bitter and feeling like I had to move on, like I was trapped by Kilby. I was thinking, ‘This is good for the community and bad for me.’ Now I’m past that; I think there’s a lot we can do. It’ll be different, it’ll evolve, it’ll change, but I really think it will be around. How and who and what’s involved is definitely going to change, but as long as I have something to do with it, I want it to be what it is—somewhere anyone of any age can feel comfortable and watch a show without any pretentiousness or intimidation.”