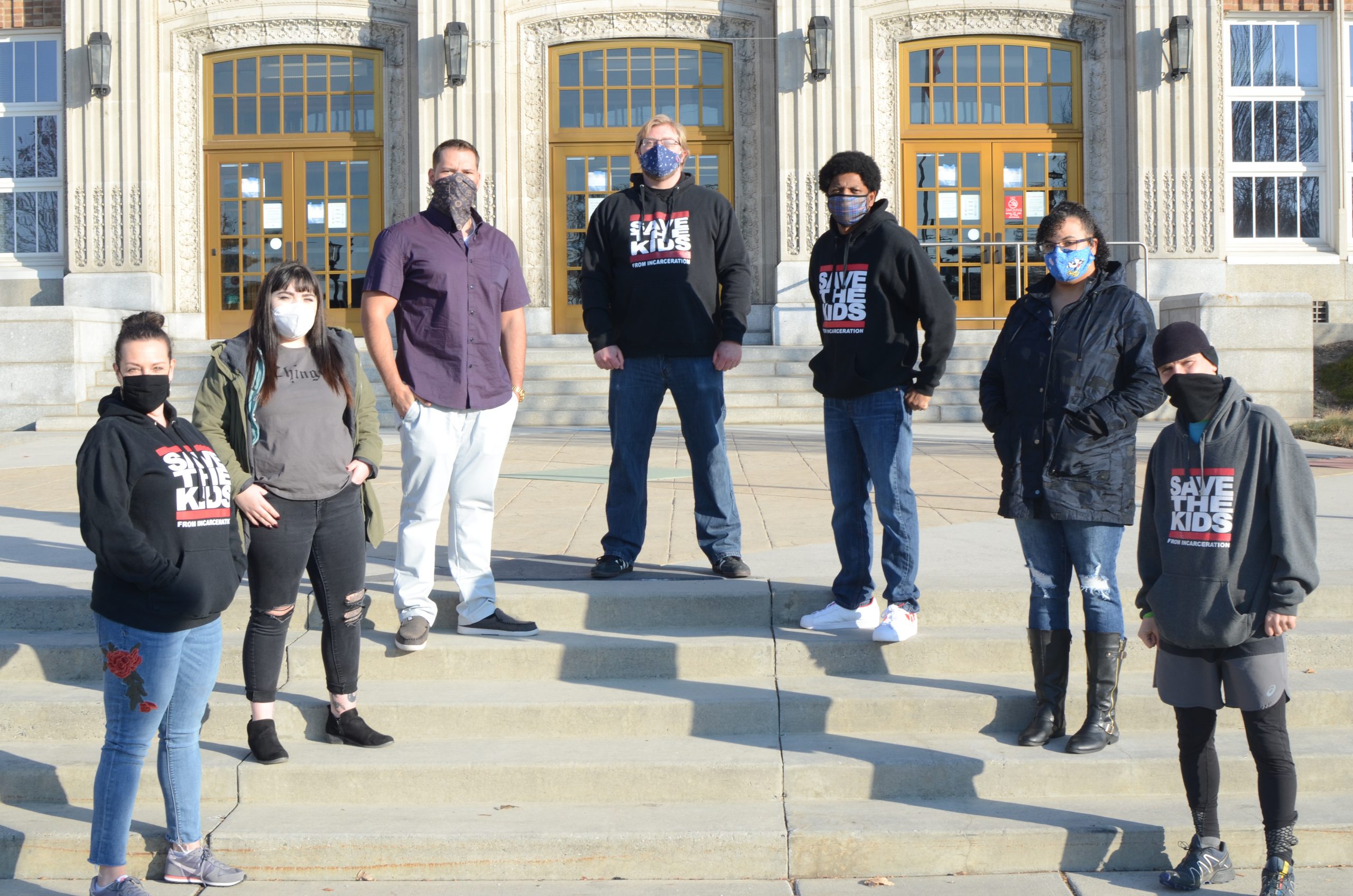 Transformational Activism: Breaking the School-to-Prison Pipeline with Save the Kids

Save the Kids (STK) is a nonprofit devoted to keeping youth from being institutionalized in the carceral system. Since its founding, STK has grown into a national, volunteer-driven organization with six regional chapters. Nationwide, STK spearheads a huge slate of projects working toward a more just and humane system. Located in Salt Lake City, the Southwest STK Chapter hosts educational classes and panels that explore transformative justice, stigmatized youth subcultures and the plight of the modern justice system. They also feed and provide socks for unhoused people in Pioneer Park, offer letter-writing programs for Utah inmates and organize other events, including protests and conferences.

The genesis of STK’s mission began in 2009 when Jason, Ali, Jarih and Amound—four African American teens aged 16 and under—met at the Hillbrook Juvenile Detention Center in Syracuse, New York. They recognized the dire need for an organization that would save youth like them from being trapped in a punitive, abusive system. STK and its mission to end the school-to-prison pipeline appealed to that fundamental need. In a few years, STK established educational workshops, an urban garden and a hip-hop studio at Hillbrook, providing young people with engaging, enriching experiences during the prime of their emotional development.

“The school-to-prison pipeline pushed tens of thousands of youth out of schools and into the juvenile justice system. Once an individual is caught in the criminal and juvenile system, it’s nearly impossible to escape,” says Dr. Anthony J. Nocella II, STK’s National Director of Outreach and a Salt Lake Community College (SLCC) criminology professor. “Save the Kids focuses on supporting all youth; however, the four groups most often caught in or targeted by the school-to-prison pipeline and juvenile justice system are youth of color, youth with disabilities, [LGBTQIA+] youth and youth who are economically disadvantaged.”

“The school-to-prison pipeline pushed tens of thousands of youth out of schools and into the juvenile justice system.”

STK features an impressive range of national and regional programs. The organization sets itself apart as a community leader through its diverse membership, volunteer-oriented approach and its many partnerships. Previously incarcerated people come together with academics, mentors, legal professionals, policymakers and others, united in the pursuit of transformative justice that would radically alter the way criminal justice and many other facets of society function.

STK relies on volunteers and cooperation with other groups to make projects happen. “We are hip-hop in that we do a lot with very little,” says Nocella. “We are a fully volunteer organization … We don’t depend on money for youth justice; we depend on people in the community to care.” STK volunteers collaborate with dozens of other major nonprofits to fight for shared goals, such as Black Lives Matter, GreenPeace, the NAACP and the ACLU, which carry over to localized partnerships in SLC. In addition, they partner with smaller grassroots groups, including protestors at Standing Rock and LGBTQ+ activists. Coordination, passion and grassroots organizing drive STK’s progress.

“Here in Utah, there is an overrepresentation of youth of color in juvenile detention.”

“Transformative justice is not about destroying and building anew, and it’s not about creating win-lose solutions common to social revolutions in which the oppressed become the new oppressors,” Nocella says. “Instead, transformative justice asks that everyone and everything change—we as individuals, as well as our systems, structures and relationships.” Their philosophy also drives academic work that studies transformational justice and youth subcultures like punk, lowriding and hip-hop. “We believe [that] to end the incarceration of youth, we must embrace the cultures that [they’re a] part of and find the beauty and power of them, rather than the negativity,” says Nocella. This holistic approach helps break down conventional understanding of punitive justice.

Utah presents a challenge to Nocella and his colleagues at STK. “Here in Utah, there is an overrepresentation of youth of color in juvenile detention,” says Nocella. To combat this, the Southwest Chapter has organized youth-justice workshops at numerous Utah colleges and universities, including the University of Utah and Salt Lake Community College. They host youth open mics and take disadvantaged kids on trips into the outdoors, giving youth access to experiences they may not have had otherwise. Southwest STK has also coordinated vigils in remembrance of those killed by police violence in partnership with Black Lives Matter, protesting injustices of the criminal justice system.

There are plenty of ways to get involved and learn more about STK. On Feb. 19, STK will be hosting the 7th Annual Transformative Justice and Abolition Criminology Conference, which is open to the public through Zoom, with more conferences coming later in the year. “We also founded the National Week of Action Against Incarcerating Youth, which is every May and falls on Malcolm X’s birthday, Biggie’s birthday and Brown v. Board of Education,” Nocella says. “It’s May 17–23, 2021, this year.”

STK also offers a library of publications that explore transformative justice. The Poetry Behind the Wall book series shares firsthand perspectives from within the prison system. The Transformative Justice, Lowrider Studies, Punk Studies and Hip Hop Studies journals are peer-reviewed periodicals, all available on STK’s website. Nocella has written several books in the past, including a new one focusing on hip-hop studies that will be out soon. STK is a grassroots organization that relies on volunteers, and people interested can apply for volunteer and intern positions through their site, savethekidsgroup.org.