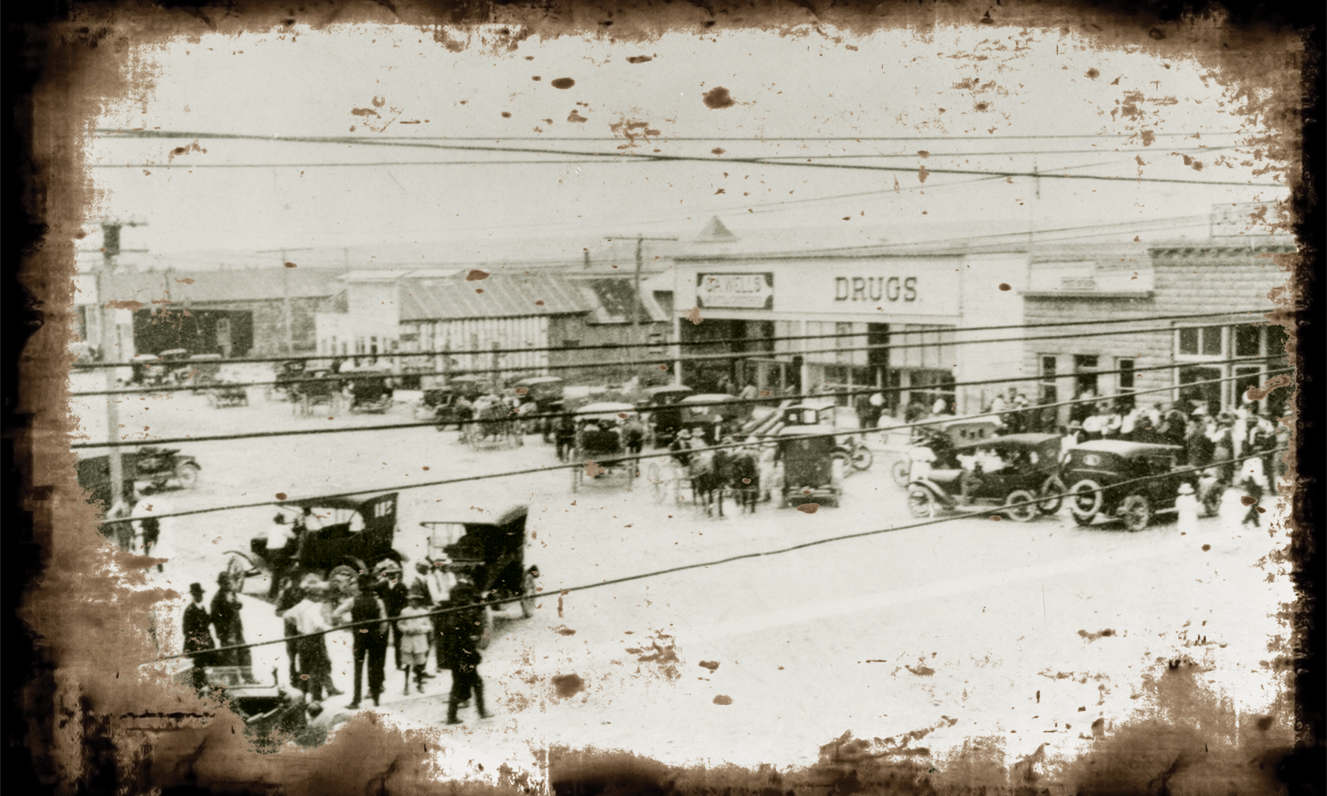 Hidden inside the Oquirrh Mountains and tucked away in the Summit County library lies the ugly step-cousin of official Utah history—ghostly folklore. With Halloween only a stone’s throw away, I started to uncover the stories and tales that color our great state. These stories are almost too bizarre NOT to be true. The first story is about a gravedigger who “digs” corpses, the next is about Utah’s own version of the Loch Ness monster and the last involves a small town in northeastern Utah that has been plagued by a religious curse for nearly 50 years.

Acts of Anatomy: The Story of Utah’s First Grave Digger

In the early months of 1862, three outlaws were on the run from the law for attacking Governor John W. Dawson and for stealing a cash box from the Overland Mail Company. The three wanted men, Lot Huntington, John P. Smith and Moroni Clawson, were headed to California when the legendary Mormon bodyguard Porter Rockwell caught up with them. Resisting arrest, Huntington was killed while Smith and Clawson were taken into custody without incident. The death of Huntington and the subsequent arrest and deaths of Smith and Clawson a few weeks later begins the bizarre and sordid tale of John Baptiste, the first gravedigger of Salt Lake City.

John Baptiste was hired as Salt Lake’s gravedigger three years prior to the 1862 incident, but Baptiste’s previous background is clouded and muddled. Utah Census records in 1860 list him as being born in Ireland while other records place his birth somewhere around 1814 in Italy. Still other sources claim he was French and came to America from Australia. Whatever the truth is, after both Smith and Clawson died, the city buried them while they waited for relatives to come from out of state and claim the bodies. Clawson’s family claimed his body a few days later and planned to bury him in a family plot in Draper. When they opened the coffin to transfer the body, what they discovered shocked them: Clawson’s body was stripped naked!

Immediately, an investigation was put into order, headed by Salt Lake policemen Henry Heath. The first person Heath talked to was the most obvious suspect: the gravedigger who buried Clawson, John Baptiste. Baptiste lived with his wife in a home on Third Avenue. When Heath knocked on the door, Baptiste’s wife answered, invited him in and gave the permission needed to search the house. Unsurprisingly, Heath found piles of clothing, jewelry, and other possessions in the house from deceased residents of the community buried in years previous. Heath immediately confronted Baptiste with the evidence and he begged for his life.

Word of Baptiste’s crime and subsequent arrest spread like wildfire and the townsfolk were up in arms with anger and disgust. Baptiste was forced to identify the graves he had looted. The authorities guessed that he had been looting graves for two years, but they were never certain. It was estimated that he had desecrated around 300 graves.

Baptiste’s punishment for crimes against the community was not death or dismemberment—as requested by the community—but banishment as recommended by the LDS president and prophet, Brigham Young. Baptiste was banished to Antelope Island, an island in the middle of the Great Salt Lake, where he was subsequently shackled with a ball and chain on his leg, branded with the words “Branded for Robbing The Dead” on his forehead and his ears cut off. From here, the story gets murky. Some reports say he made a raft out of the log cabin he was staying in, killed a two-year-old heifer for food and clothing and escaped the island. Others say he perished in the waters around the lake. To this day, John Baptiste still haunts the waters around Antelope Island, as recent eyewitnesses report that they have seen a man shackled roaming the outer edges of the island and have heard the groans and moans of a man in agony.

On July 27, 1868, Joseph C. Rich, a Mormon colonizer of the Bear Lake region, submitted a story to the Deseret News describing how he first came to hear about a monster in the lake and subsequent eyewitness accounts from settlers in the area. His story recounted the stories Native Americans had told early Mormon settlers about a serpent-like monster in the lake. The monster had 18-foot-long legs and it could come on shore and shoot water upwards from its mouth. The monster was claimed to eat Indians while they swam in the lake.

The first reported sighting from a settler had the monster looking like a drowned man, but on closer inspection, it had distorted its body in the water. It had ears bunched to the side of its head that were the size of large pint cups.

On June 19, a family went to Bear Lake for some rest and relaxation. When they got to the lake, they decided to go for a swim. As they entered the water, a large commotion stirred the water around them, and large waves disturbed the tranquility of the lake. The monster then heaved his body, about as big as a few cars with a mouth just as huge, out of the water and proceeded onto the shoreline. The water in the lake receded until there wasn’t much water left. The monster opened its mouth, bellowed, and was about to make an aggressive move on the family when the family dog started barking, distracting the monster and driving him back into the lake.