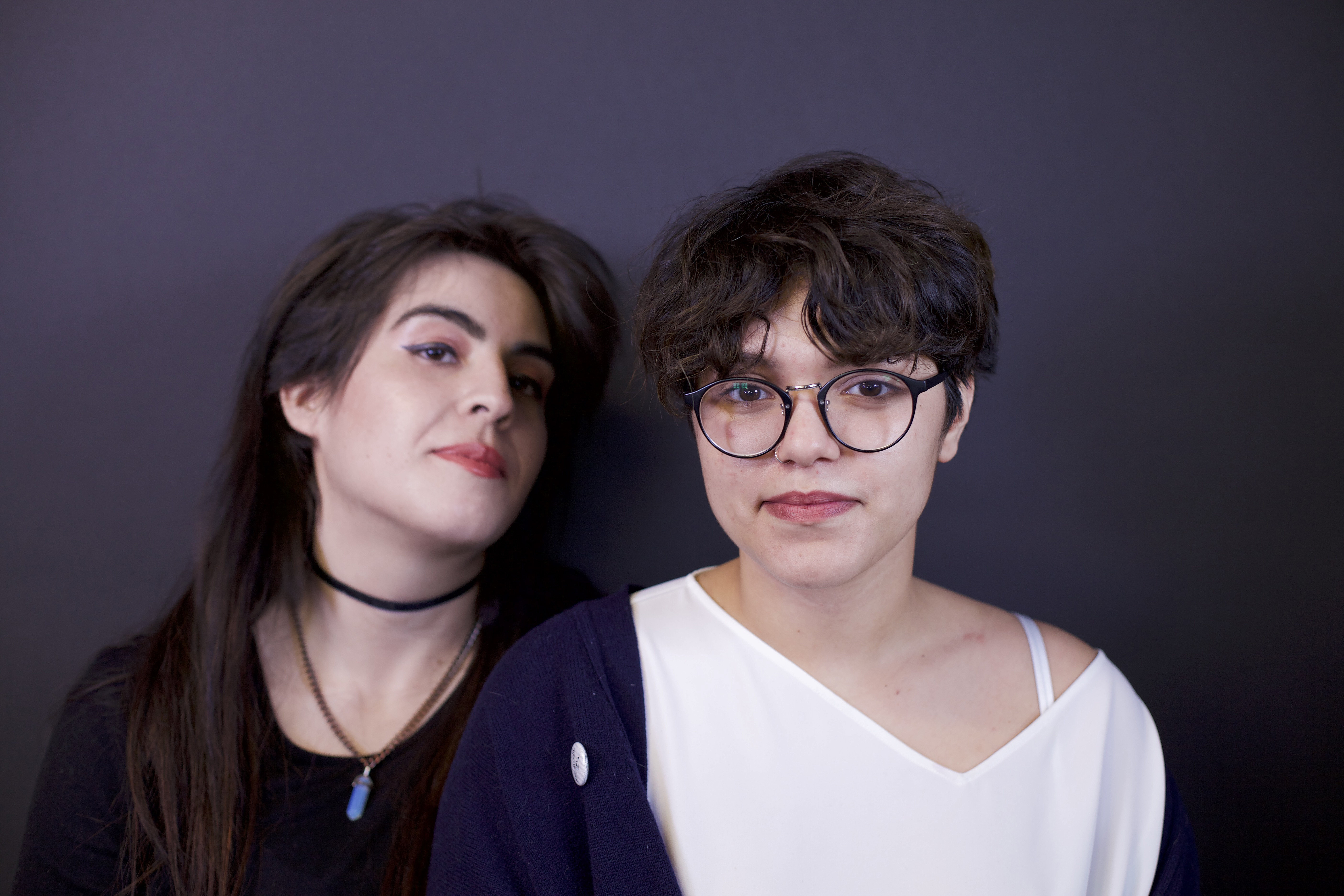 We Are Here: Utah’s WNBTQ Artists of Color

Dakotah Reyes (Baby Pink) and Paula Bravo (Peach Dream, Batty Blue) met each other through Twitter and MedusaFest, and they quickly found that they had several things in common: They’re both Leos, they’re both Latinx and they’re both artists and musicians. They also both knew all too well what it feels like to be the only person of color in a space dominated by white folks; the oppressive nature of being tokenized and overlooked in those spaces; and the need to infiltrate them.

Knowing that there were others in Utah feeling as isolated as they did, Bravo and Reyes decided to organize We Are Here, a collective by and for other Utah-based women of color and nonbinary, trans and queer people of color. “I grew up in South Texas,” says Reyes, who is not cisgender and now lives in Salt Lake. “Everyone was Mexican there. [Here in Utah,] being a PoC is really difficult. It’s very othering. I think the need for We Are Here was for not wanting to feel alienated.” Bravo, who is nonbinary, echoes that sentiment, noting the seeming lack of PoC in Provo and its music scene: “I was just like, ‘I know there are people out there, but how can I bring them together?’” they say. “I was just really frustrated, being alone, being Latinx. I didn’t have a space to be myself without feeling like other people didn’t understand.”

Since We Are Here’s inception, what started with a three-person hangout has now developed into a series of highly successful community art events, including an inaugural gallery exhibition at The Underground, a Mini Art + Zine Fest at Diabolical Records, a Standing Rock donation show and a Grid Zine Fest panel discussion. “The creative aspect [of We Are Here] just naturally happened because [so many of us] are artists,” says Bravo, “and what else can we really contribute but art, community-wise?” Reyes points out how artists of color are often excluded from or missing in Utah art events and group shows—a trend that We Are Here actively combats. “I definitely feel that I am infiltrating a space that’s not meant for me, that I’m not always welcome,” says Reyes, “and I feel really proud that I’m there.”

We Are Here’s next event, Color Against White Canvas, will be on June 17 and will feature local artists selling their wares at the Utah Museum of Contemporary Art. Bravo will sell their paintings and prints, which feature bright colors and redolent, black-lined illustrations. Reyes will bring her prints, which playfully toy with geometric shapes and negative space, as well as her handmade mini zines, which talk about how much she loves circles, never knowing what her cat wants and more. Additional confirmed artists include activist Ella Mendoza, whose work ranges from sticker affirmations (“Your healing is a revolution”) to their expressive and figural prints, which tear down borders and center and celebrate femmes of color. Bianca Velasquez (VOID MRKT, Venta Shop, Dream Slut) will show her clever Happybutton illustrations and cartoons, which are sometimes biting, sometimes charming and often accompanied by text (think a Lotería card featuring Bernie Sanders as El Valiente). Photo artist Nadia Rea Morales will sell prints of their stunning film images—reminding of the dozens of portraits that Morales took for a diversity photoshoot in March 2017, which several members of We Are Here participated in to demonstrate the diversity of Utah’s creative community. (Said Reyes in an Instagram post, “Don’t tell me you have trouble finding people to make your events more diverse ever again.”) Beyond hosting and participating in events and empowering Utah artists, We Are Here’s secret Facebook group has been an incredible resource and support system for its over 70 members. “I feel like, through We Are Here, we are able to connect with and to so many people,” says Bravo. The group offers a chance for members to share information about local artist opportunities, local events to show up for and local community members who need help. It’s a necessary platform on which to vent feelings and frustrations, too—a platform that can be hard or entirely impossible for some to find in other places, from work and school to music shows and art spaces. There’s an intimacy and relief that comes with being in a space—even a virtual one—with people whom we can trust, who share in our experiences and need no explanations, who can affirm, advise and uplift.

Both Bravo and Reyes are frequently approached by individuals and organizations regarding how to better reach out to Utah’s artists of color. Their main advice: Show up—which, they note, Salt Lake’s creative and DIY communities have done in spades, though there’s always room to grow in terms of fostering diversity and inclusivity through outreach. “I like demanding attention from spaces that aren’t created with me in mind, or people like me in mind, to show that I’m here,” says Bravo. “I’m taking up your space.”

Show up at UMOCA (20 S. West Temple, SLC) from 2 to 5 p.m. on June 17 for We Are Here and our local women, nonbinary, trans and queer artists of color. Watch for more information at facebook.com/WeAreHereUT.