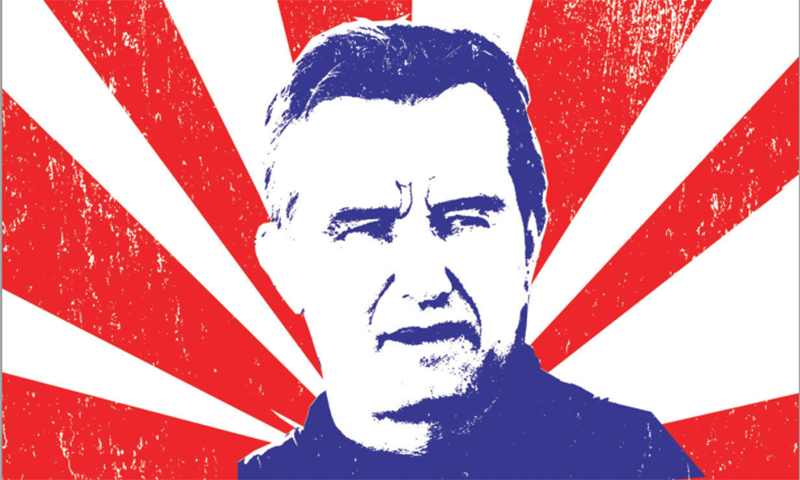 You Have the Right to Clean Water: The Battle Cry of Robert F. Kennedy Jr.

Changing the world is a long and drawn-out process. When those in power refuse to build a better society, this duty falls on everyday folks like you and me. The Civil Rights and Anti-War movements of the past century testify to this. Everyday citizens had to get their hands dirty in order to inspire change. Even today, there are causes worth fighting for. Thankfully, there are people taking leadership roles and steering our nation in the right direction. One of these individuals is Robert F. Kennedy, Jr. He is currently the Chief Prosecuting Attorney for Riverkeeper, an organization that works to ensure the safety and cleanliness of New York City’s water. The successful attorney has worked for environmental causes and has pushed for more stringent laws to better hold polluters accountable for their actions. He is also President of the Waterkeeper Alliance, a group that encourages environmentally sound water use throughout the world. Kennedy was in town for a celebrity skiing competition and a speaking engagement at Westminster College in December, and during his visit he set aside a few minutes for SLUG.

I started by asking him why water is such an important topic. He said water is important because he views the environment as a civil-rights issue. “The best measure of how a democracy functions is how it distributes the goods of the land; those things that by their nature are not susceptible to private ownership.” Since things like water, air and public lands are communal, he does not see why we should allow individuals or corporations to use them in ways that would “diminish or injure their use and enjoyment by others.” Everyone has the right to clean water, “whether they’re rich or poor, humble or noble, old or young, black or white.” Governments should be working to ensure that this right is available to all of its citizens. This is important because, as Kennedy would later point out, “one of the first signs of a tyranny are efforts by private or powerful enterprises within a society to privatize the commons to steal the public trust assets from the public.”

By choosing to push for the public good, Kennedy is a crusader. He is fighting for a basic idea of democracy – the belief that we “should have a nation that is fair” and that serves as “a paradigm for the rest of the world.” This is a vision that generations of past Americans have shared, and one that many still share today.

It is also a vision that is picking up speed. It is getting harder for governments and big industry to deny the environmental effects of their irresponsibility, but that doesn’t mean that they won’t try. “It’s a constant battle,” Kennedy pointed out, because “the money is on the side of the big polluters … they have the capacity to create propaganda and public opinion.” And they are eerily successful at it. Kennedy referenced a 2005 study by the National Academy of Sciences that found that 100 percent of credible, scientific studies done in the last 10 years acknowledged that “global warming exists, that we’re causing it, that it’s already upon us and that its impacts are going to be catastrophic.” Strangely, 60 percent of newspaper articles published during these same 10 years expressed doubt. He blamed this disconnect on the manipulation of the press by industry, aided by phony scientists that he called biostitutes – biologists who would prostitute themselves out to those who knowingly profit from pollution.

So what can we do to improve our own cities? We need to get involved in the political side of environmentalism. This is important because “people making a profit from pollution always have a huge incentive to manipulate the political process,” and their power is weakened when concerned people get involved. Kennedy ended our discussion with a call to action. “We have wonderful environmental laws in this country,” he said. “Unfortunately, they are not enforced, and we have politicians trying to dismantle 30 years of environmental law in order to enrich their corporate pay-masters. We have to recognize that this is a battle taking place that affects all of our lives.” We also need to accept that this is a battle worth fighting, both for ourselves and for future generations of Utahns.