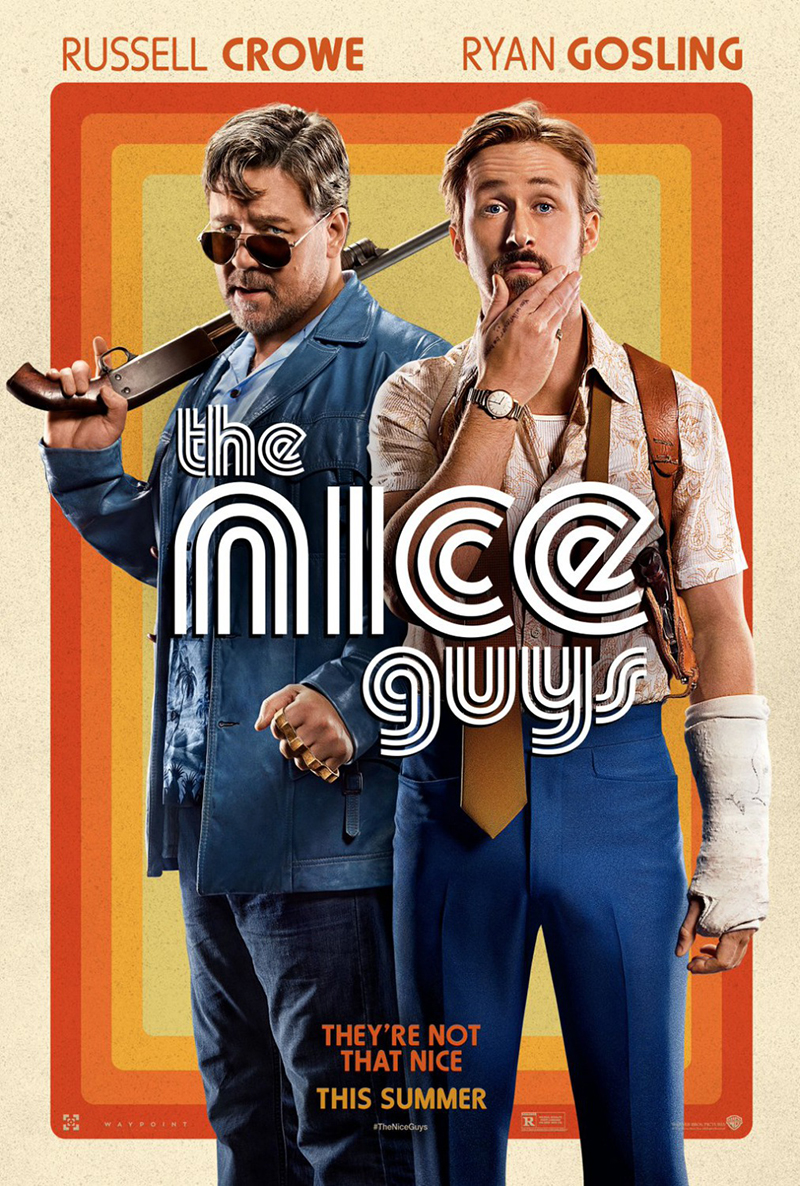 First off, can we please sincerely thank writer/director Shane Black for reigniting Robert Downey Jr.’s career with 2005’s Kiss Kiss Bang Bang? I just wanted to get that off my chest. When I heard that Russell Crowe and Ryan Gosling were pairing up for a 1970s detective caper, I was intrigued. When I heard that Black was writing and directing said caper, I was excited. Black is one of the most talented writers working in Hollywood today. His cheeky one-liners are to die for. Don’t believe me? Watch The Last Boy Scout and The Long Kiss Good Night and get back to me. The man has a gift. In this venture, Jackson Healy (Crowe) and Holland March (Gosling) form a unique and unusual team of private detectives. They are forced to work together and find a missing woman who may be the target of a murderous plot led by the government. Once again, Black proves his unique wittiness with clever lines of dialogue delivered brilliantly by the two leads. On the other hand, The Nice Guys stumbles quite a bit on deciding what type of genre it actually is attempting to be. Is it a buffoon comedy spoofing on the 1970s or a cold-hearted drama depicting actual consequences of our actions? Someone needs to tighten the shoelaces of this endeavor and make a decision. Simple editing could solve the issue. The chemistry between Crowe and Gosling is wonderful and is a pairing I never would have thought to even try. However, even with two of Hollywood’s biggest names leading the charge, the brightest star comes in the form of the cinematography, set design and costume coordinator. Thanks to these accomplished individuals, audiences truly feel as though they are watching a film shot in the 1970s. It’s an incredible feat to witness. –Jimmy Martin