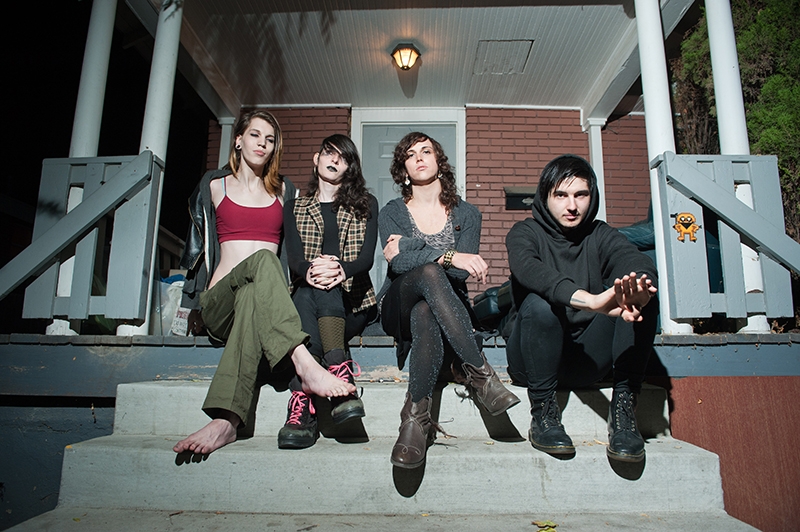 An Education From The Trans* Community

The language isn’t reserved only for the trans* community, as anyone who has heard the term “cisgender” knows. It is a brilliant equalizing term that erases the straight, default mode of non-gender-questioning people, putting qualifiers on their identity in much the same way other marginalized groups have been saddled with labels by the mainstream in order to signify them as “Other.” “You run into really interesting arguments when people get opposed to being called cis,” says Karin. DelPorto reports people occasionally taking the term as a slur, but the point of it is not disrespect, but to rattle the status quo and point out the invisible privilege that cisgendered people experience.

The hostility toward this community stems from a lack of open-mindedness, and from sociological pressure for all people—cis and trans*, straight and gay—to conform to rigid gender standards. And, until they first meet a trans* person, most cis people have no reason to question their binary system. For that cis person, correct word usage can seem irrelevant, but that is a privileged position. “A trans woman will go through a lot of time and effort to look really feminine,” says DelPorto. “We take hormones and laser hair removal that’s really fucking painful—there’s a lot involved. So, when people don’t respect your pronouns, they haven’t built a space in their head to think about, like, ‘Oh just ’cause that person was born a male doesn’t mean that’s how I think of them.’ They never really break down the walls to think that someone could be another gender.” The best practice for those not in the know is to simply ask how an individual wishes to be identified, and keeping respect for the person behind the pronouns to craft their identity how they wish.

The landscape is certainly opening up a bit, and it’s a relief for these community members. Outspoken celebrity trans* folk like actress Laverne Cox and model Carmen Carrera are stepping up and boldly educating mainstream America in unprecedented ways, joining ranks with other trailblazers such as frontwoman Laura Jane Grace of punk band Against Me! and filmmaker Lana Wachowski, to de-stigmatize and even normalize the presence of trans* people in mainstream artistic culture, a foundational step that is hopefully leading to a new and better path. The Internet has provided a veritable stargate to once-isolated members of the community, as well as an unprecedented sphere of control of identity. “I’ve liked computers a lot more since transitioning, ’cause all of a sudden, the outside world got way more scary,” says DelPorto. “But [online], you can put your best face forward that’s consistent. You can be perceived exactly how you want to be perceived. Most social networking includes some ability to talk about pronouns and identity, so people aren’t going to be basing things around getting a random look at you or noticing your beard shadow.” Spector’s Queer Cyborg Collective was built as a safe space for community members who, per Spector, remain outsiders. “Even within the weird outsider group [of the trans* community], we felt like we didn’t quite fit in,” she says. The group discusses issues, ideology, vocabulary, philosophy, and exchanges creative work, much of which serves as an outlet for the powerful emotions endured through transitioning.

The trans* community is a melting pot of intelligence, experience, creativity and insight into the wide spectrum of human experience. We live in a time where feminism and other tolerance initiatives are gaining more ground and attention, of unprecedented communication technologies—together, these advancements are helping to chip away at the dry clay of traditional Western social structures. There may be no greater ally to this evolution than the trans* community, whose members venture into uncharted territory every day. The boundaries they continually expand offer a freedom for cis and trans* alike, and challenge all to cast a truly universal net—one that recognizes only “human”—when we push for compassion and tolerance.