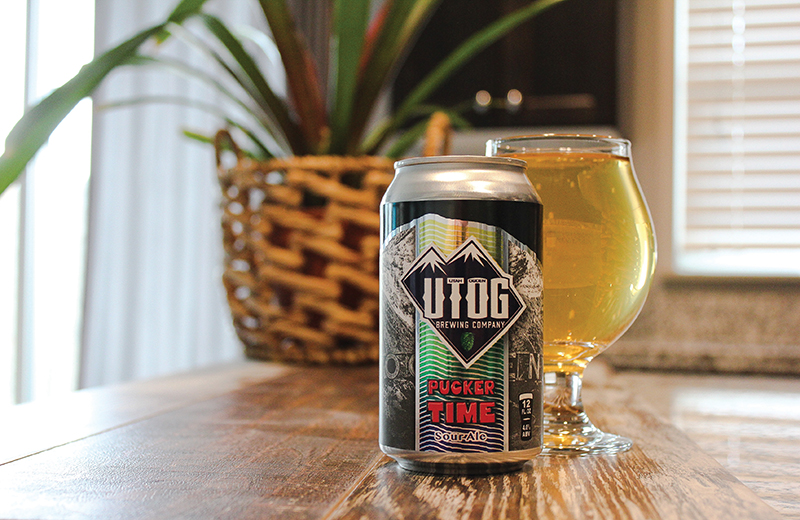 A little over a year ago, we had the pleasure of getting to know Carson Foss, Head Brewer of UTOG Brewing Company. He and his team of owners took us around an empty building sharing their vision for what would one day become one of Ogden’s newest breweries and restaurants. They rightfully gleamed at the potential. Possibilities included a viewing area where patrons could peer down into the brewing area and see where the magic is made and a rooftop patio with a bird’s-eye-view of the Raptors baseball field. The group understood it was going to be a lot of hard work and that they may have needed to make some compromises along the way.

We recently visited the working brewery and can say they did a damn good job matching their initial vision with the final product. Although there may be some areas to finish up, the place turned out nice, and honestly, we all know that beer being done right is the most important responsibility. With that, UTOG has offerings for everyone. There were more than 10 beers available on draft and high-points in cans. Foss, an avid home brewer, gave us the impression he planned to ramp up slowly, so it’s exciting to see the spectrum of styles available, with no beer styles off the table—mild blondes and a Kölsch to the New England and traditional-style IPAs, even a black IPA and a nice sour ale.

With the warmer months in full force, a lighter, easy-drinking beer is on the menu. For this month, we decided to go with the sour ale, Pucker Time.

After opening the can, we poured it into a trusty tulip glass to showcase the creation. The beer pours a light yellow with a hint of unfiltered clarity. The foam is so minimal that it forms an uneven layer of carbonation bubbles that dissolve as it rests, leaving only a thin, white ring around the glass. A slight salt and a hint of pilsner-type aromas bubble in the background. A surprisingly clean citrus and mellow flavor make for a nice combination. This beer has only a slight pop of sour—which, from the name, we would have thought to be much more pronounced. However, Pucker Time is a sour ale, and the description of the beer from UTOG is that it is meant to be an introductory sour beer, so the slight sourness makes sense. It is crisp and refreshing making it a perfect summer beer.

UTOG Brewing Company did a nice job of putting together an establishment that Ogden locals can be proud of—and the word is out. As we sat and enjoyed a nice lunch, the building had a steady stream of patrons piling into the family friendly place. They also have beer to go on location. We’re thankful for that, too, because we live quite far from this place, and we haven’t yet seen them hit our local grocers.

Granted, it does seem like quite the commitment to take a day trip just to grab some beer. However, we recommend taking advantage of the time and visit the Dinosaur Park, Train Museum or attend a Raptors game or one of the great Ogden Twilight shows this summer. The beer is good, and the place has plenty to do, so make it a point to head up north every so often. It really is only a freeway away.