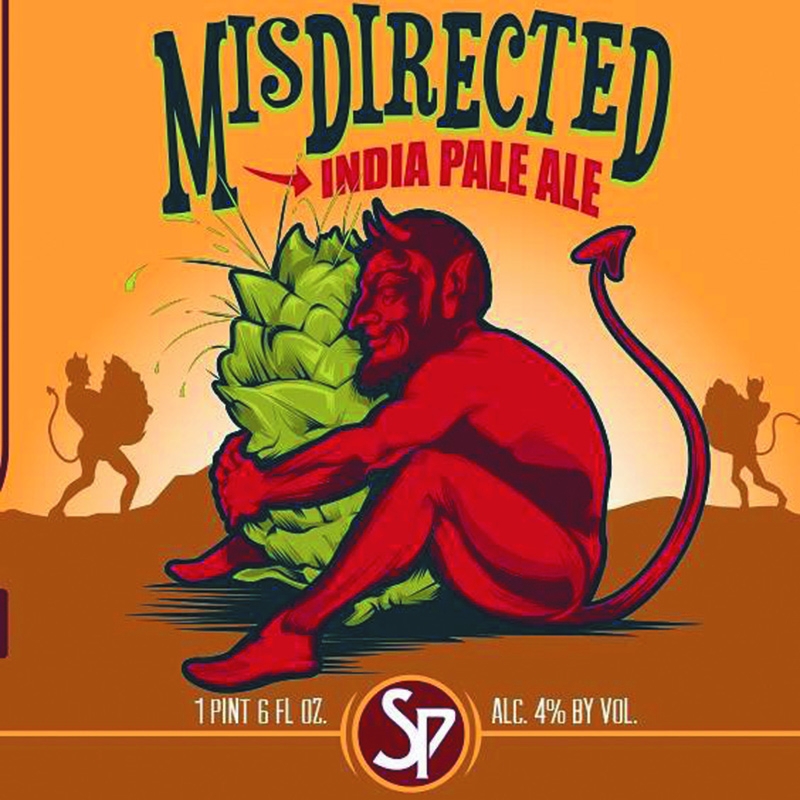 2015 is on pace to be one of the best beer years that Utah has seen in quite some time. With new, local breweries opening; fresh, new, local labels; and a flood of new, domestic craft brands moving in from out of state, it’s going to be hard (but not impossible) to keep track of it all. Luckily, that’s my gig. It’s good work if you can get it, and trust me, at this rate, I’m going to be a busy lil’ beer bee over the coming months. Just trying to keep track of all the barley goodness making its way to our homes and pubs is turning into a full-time job in and of itself. This month, we have a trio of options that gives you a good idea of what’s happening locally as well as a taste of what’s going on outside of our borders.

Misdirected IPA Beer
Brewery/Brand: Shades of Pale Brewing Co.
ABV: 4.0%
Serving Style: draft/12 oz bottle
Poured from a draft handle, this IPA Beer pours a slightly hazy, golden-amber color with a sturdy finger of foamy head. (Note: It’s OK to ask your bartender for a ‘little head’ when it comes to pouring your beer). The nose has a nice blend of citrus peel and flowery hops. It’s obviously a fresh keg. The taste starts with some muted caramel malt and toasty grain crackers. Tropical fruitiness comes next, adding some nice balance. The end is similar to the aroma—floral and citrusy. It finishes fairly dry.
Overall: This is Shades of Pale’s first new beer in nearly two years. It’s a nice session IPA Beer that has plenty of hops for even the most finicky hop heads.

Happy Camper IPA Beer
Brewery/Brand: Santa Fe Brewing Co.
ABV: 6.6%
Serving Style: 12 oz can
This beer pours a clear, light-amber color with a firm two fingers of head that last half way through the IPA beer. The nose has mostly floral and grassy notes with a bit of citrus hop notes in the back. Earthy malts are also present. The taste starts with some floral and grassy bitterness with a bit of musty tangelo juice. Some subtle caramel malts come next, rounding out the bitterness. Some toffee notes are present as well. It finishes dry with a little bit of bitter orange rind and pine needles.
Overall: In this beer, the citrus notes that people tend to prefer in their IPA Beer take a backseat to more floral varieties of hops. Think of it as more of an English IPA Beer with some American influences.

Old Sage Brett
Brewery/Brand: Epic Brewing Co.
ABV: 7.6%
Serving Style: 22 oz bottle
This oak-barrel-aged beer pours a clear-amber color with a sudsy, white head. The nose is dry and dusty with a huge dose of sage and herbs. The taste starts off mildly sour with some unripened fruit tartness. Sage, rosemary and lemongrass come next with a bit of pineapple and oak adding some balance. A touch of vanilla and malt round out the end with a ton of spicy, herbal oak and leather rounding out the finish.
Overall: This one isn’t for the timid. Its sourness and high herbal profile can be a bit overwhelming. Prepare your tongue for a full frontal assault.

For more updates, feel free to check out your local beer news at the Utah Beer Blog: utahbeer.blogspot.com.