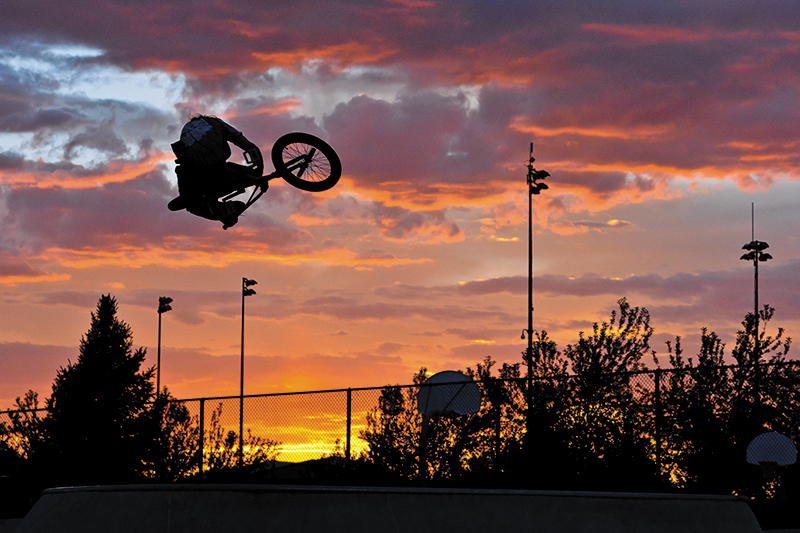 When I first moved to Salt Lake in 2009, the scene at Sandy Skatepark was pretty big: On any given night, you could expect 20-plus riders there. As everyone’s lives have progressed, those nights where everyone rode until the lights turned off are mostly in the past. Jayson Johnson, one of the original destroyers at that park, turned 30 in mid-August of last year, and he called on all of the old heads to come out and ride until the lights turned off—it was just like old times, including an epic sunset.