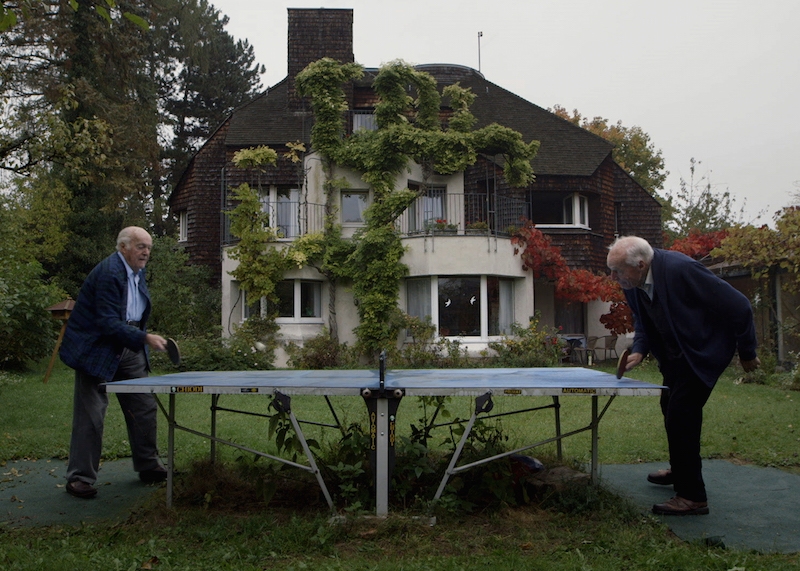 Concrete Love is a film for the whole family—a whole family of skilled architects, matter of fact. It’s a documentary that drafts an adroit portrait of the renowned Pritzker Prize laureate Gottfried Böhm, his architect wife Elisabeth and their three sons, Peter, Paul and Stephen, each of whom is also an architect. The doc opens with Gottfried adding delicate details to a large urban planning sketch in his tranquil modern home near the German city of Cologne. Examples of his expressionistic buildings—concrete chapels to the school of Brutalism—are displayed throughout the film, as is Gottfried’s attention to the experience and comfort of those using them. At a spry 93, Gottfried is still disciplined in his output, and though he’s not designing as many buildings as his sons, he still eggs them on with the gusto and swagger—mild though it may be—of a man half their age. After the passing of Elisabeth, the family cast warms up to the audience, revealing complex, human fissures in the sleek, concrete exterior of their relationships. The tensions revealed are neither maudlin nor self-pitying; the sons bare their concerns—about each other and the expectation of their father—in vulnerable yet candid ways. Well-executed and extremely thoughtful, seek out the red, beating heart beneath Concrete Love’s minimal facade. –Christian Schultz