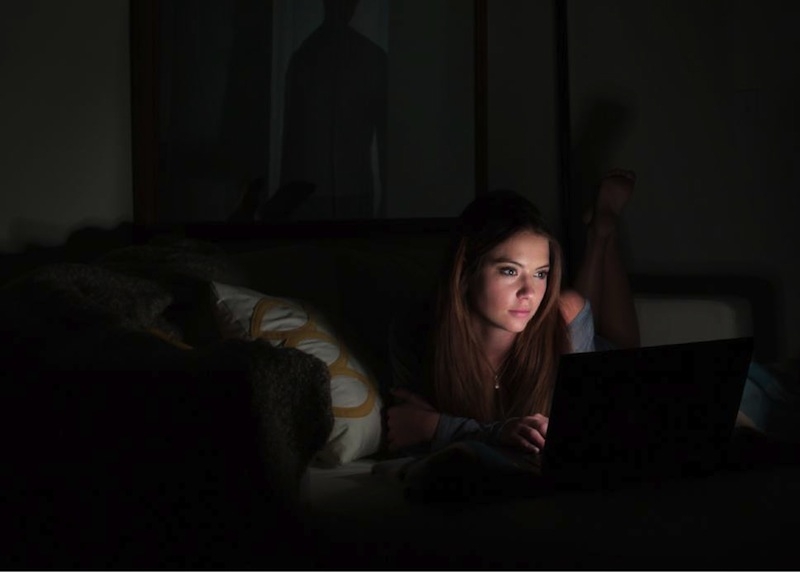 Emma (Ashley Benson) just moved to a new apartment in New York to attend college, where she meets Michael (Matt McGorry) and the two begin dating. Emma Skypes with her parents and starts to make friends … but one of the main characters of Ratter goes unseen through the majority of the film: Emma’s digital stalker. A ratter is a type of hacker who breaks through the security of your computer, mobile device or webcam in order to take control of that device—or more specifically, the device’s camera. Ratter is shown entirely through the eyes of Emma’s ratter—spying on her through her computer, phone and every other camera-wielding device in her small apartment. This brings an intensely interesting quality to the technical aspects that went into the film’s production. Though the storyline of Ratter and the constantly building tension are more than enough to hold the audience and keep them on edge for what comes next with each step of the film, those technical aspects behind every damn scene are just plain impressive. One word of warning though: The first time you see the camera (on the device you’re technically watching the film through, that clearly no one in the film is touching) zoom in and take a photo of Emma, you’ll most likely want to cover every camera on every device you own in fear of this happening to you. –John Ford