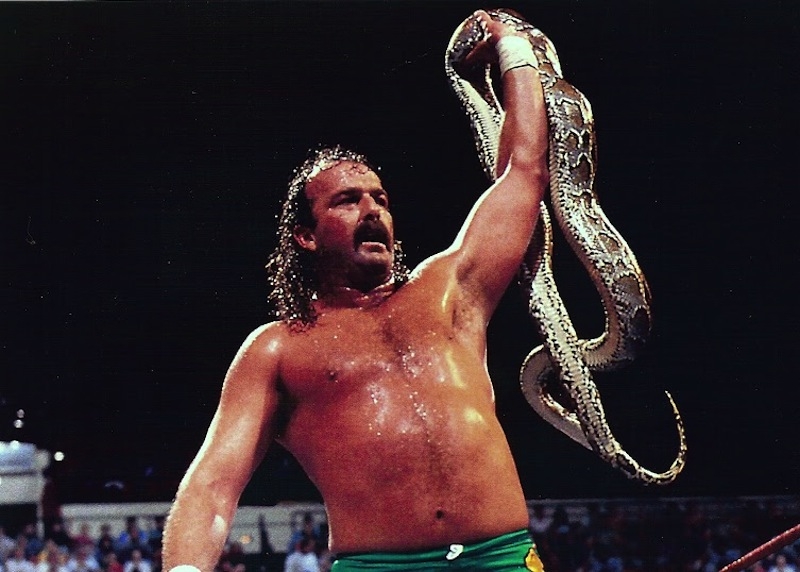 Slamdance Film Review: The Resurrection of Jake the Snake

Fans of the golden age of wrestling should not miss out on this earnest documentary from director Steve Yu—his first feature length film. The first 10 and a half minutes alone make it worth a viewing, with an in-depth history lesson through Jake ‘The Snake’ Roberts’ career (including the less shiny years). The remainder of the doc follows Roberts from 2012 as he moves in with long-time friend and fellow wrestler Diamond Dallas Page, beginning a type of rehab through Page’s DDP Yoga program, to Roberts’ induction to the WWE Hall of Fame in April of 2014. As Roberts progresses with Page’s help, they make the decision to bring in another old wrestling star bordering on decrepitude: Scott Hall, perhaps better known by his stage name of Razor Ramon. The three begin working together towards bettering their bodies and their lives: Hall comes to them in a wheelchair, and both Roberts and Hall have severely damaged family bonds. Though much progress is made in Page’s “Accountability Crib,” as he calls his home, Roberts and Hall still experience an occasional slip in their sobriety, which adds to the tension of the group and of the film. The Resurrection of Jake the Snake is a hard testament that we all grow old, and a firm reminder to the importance of taking care of both one’s body and one’s mind. –John Ford