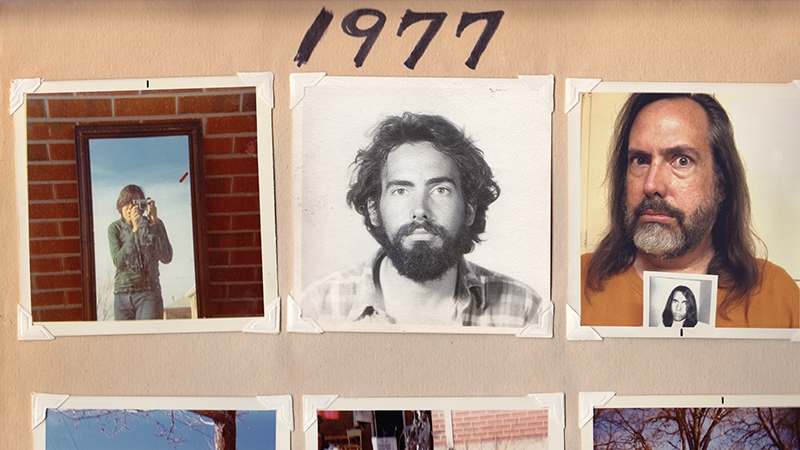 Sam Klemke’s Time Machine is an autobiography with guided narration from Director Matthew Bate. It follows Coloradan Sam Klemke from 1977 to 2014 (from about age 20 to 57) as he documents updates on his life on film, which is a middle-class rollercoaster—Klemke deals with existential crises regarding employment, financial security, relationships and weight gain. Bate and his team juxtapose the Golden Record that is aboard the Voyager spacecrafts, about which a French-speaking narrator philosophizes in terms of humanity’s projection of ourselves to other life forms, unsure of this document’s discovery, putting on our best face while global atrocities occur concurrently with Klemke’s life. Though he’s somewhat pathetic over the course of his adult life, Klemke’s gregarious personality keeps the film moving steadily along. He’s obsessed with capturing and distilling time on film, regardless of exposing his vices for gas-station nachos and, for a spell, prostitutes. He maintains his profession as a caricature artist through the ups and downs, and ultimately finds a sense of fulfillment in the creation of this alternative-style documentary. It’s a fun film to see—not riveting, but a slow-burner that holds up a mirror for Americans coasting through our yearly malaises and little triumphs. –Alexander Ortega