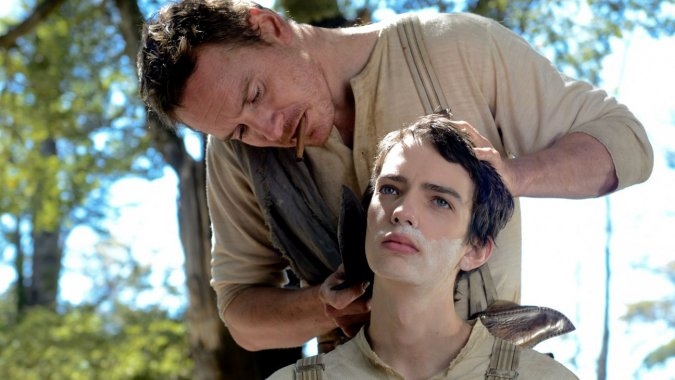 In what may be one of the most aptly-named films at this year’s festival, Slow West is in no hurry to tell the story of Scotsman Jay Cavendish (Kodi Smit-McPhee) and his continent-spanning quest to find Rose (Caren Pistorius), the long-lost love from his hometown. Things get complicated when a desperado named Silas Selleck (Michael Fassbender) decides to accompany Cavendish on his journey—possibly to cash in on a bounty that hangs over Rose’s head. Taking a cue from neo-westerns like Jim Jarmusch’s Dead Man, Slow West uses the chaotic landscape of the American frontier as an allegorical exploration of love and death. There is something surreal about seeing the old west interpreted through the lens of New Zealand where the film was shot, and it added to the story’s dreamlike tone. The immensely watchable Fassbender exudes some serious Han Solo vibes as he guides Cavendish through the unforgiving wilderness while trying to act like he doesn’t give a shit. McPhee’s boyish, innocent appearance is ideal for a character whose belief in true love has guided him so far into the lions’ den. While the film’s ending is sure to polarize audiences, it was a ballsy way to emphasize the point that the frontier was an ecosystem all its own, indiscriminately filling some hearts with purpose and others with bullets. –Alex Springer