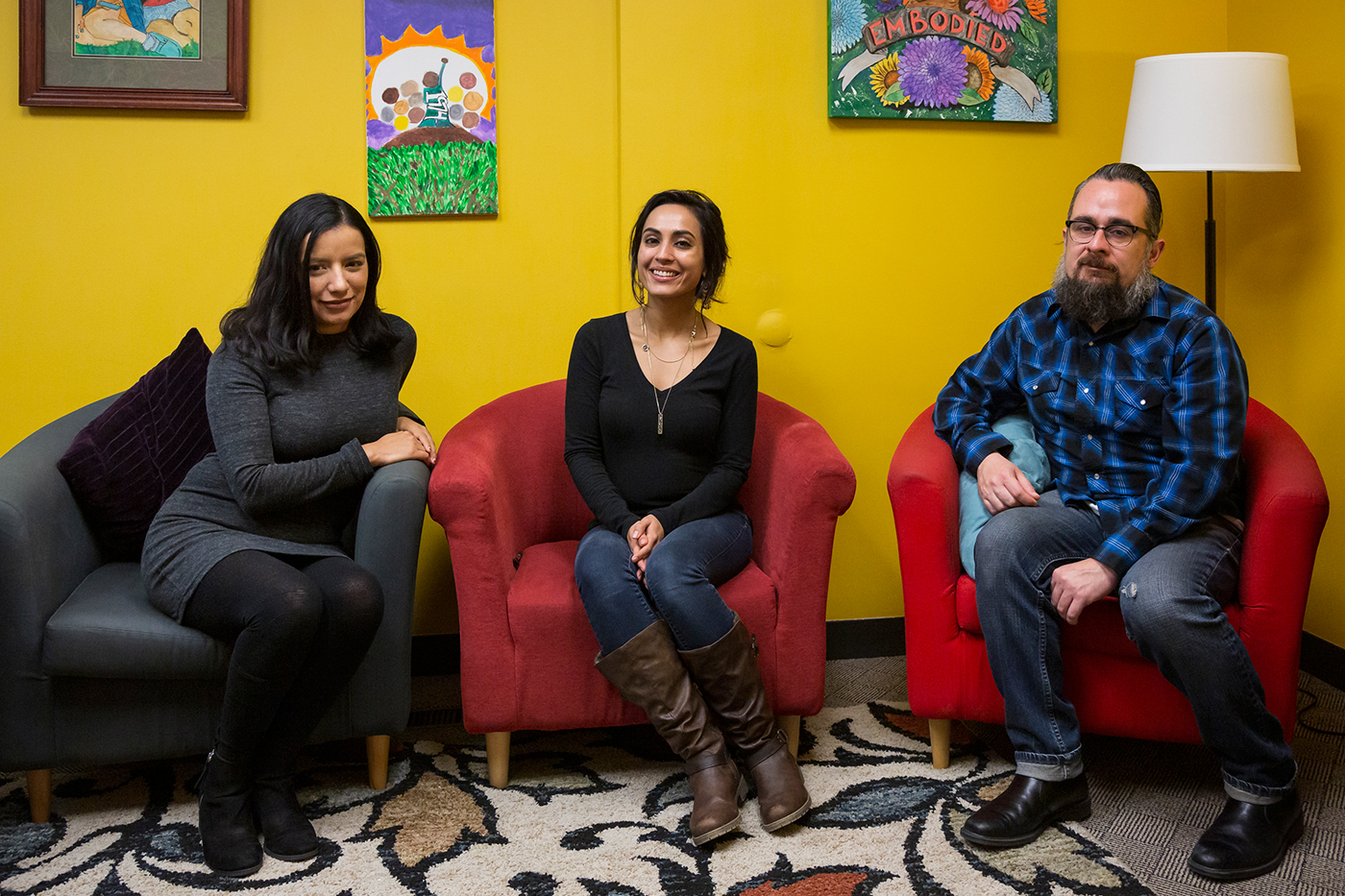 Lighting Lanterns in the Dark: The Rape Recovery Center and its Social Justice & Outreach...

“Everyone plays a role, whether you’re aware of it or not, in maintaining the culture of sexual violence,” says Jorge Barraza, Prevention Coordinator of the Rape Recovery Center. Direct services for survivors have been a staple of the center since its inception in 1974. In recent years, a new strategy has formed for the RRC and its community collaborators. “Education is the newest aspect,” says Barraza. “We are employing a public-health approach with community stakeholders to bring about social and cultural change and attitudes around the perpetration of sexual violence.”

The RRC has been the flagship trauma-informed and multiculturally conscious sexual-violence safe space in Salt Lake for 45 years. Their vision to provide survivors services has grown to include a mission of comprehensive prevention and social-awareness training. “Real prevention would be the ability to be in the world and not fear violence,” Barraza says. “The way we treat survivors is part of primary prevention.” Barraza is well-versed in this realm, having come from the Utah Domestic Violence Coalition (UDVC), and is driven to build not reactive models of outreach but proactive and age-progressive educational approaches, which change the conversation around prevention.

“We’re focusing on perpetration rather than victimization—I prefer to use the term ‘people who perpetrate,’” Barraza says. “I came from [UDVC], and one of the common realities is seeing perpetrators as ‘monsters’ … They are not strangers in a bush. They are neighbors, family members, clergy members. We need to accept that to understand how it happens and [how to] dismantle it.” Barraza and his colleagues have added school-based outreach the RRC’s programming—including bullying, consent and terminology education in local schools—in addition to its ongoing survivor services for counseling, groups, training internships for therapists and informed wellness programming.

“We’re focusing on perpetration rather than victimization.”

Barraza’s view on primary prevention is broad and intersectional, always considering the numerous identity factors that make large-scale social change and how to mold programming to meet each challenge. His vision is the expansion of prevention work to include the lifelong spectrum of anti-violence awareness. “Consent is a life skill that should be taught long before it has anything to do with sex,” Barraza says. “The risk and protective factors related to sexual violence are the same as bullying, suicide, domestic violence … It’s power and control. When I explain that to middle schoolers, they get it,” he adds with regard to the RRC’s middle- and high-school programs. “Studies show that with comprehensive sex education, students delay sexual activity and maintain healthier relationships. Prevention work is from the cradle to the grave.”

One of the RRC leadership’s major initiatives has been the center’s Spanish-language programming, spearheaded by RRC Programming Coordinator Stephany Murguia and Barraza. “All of our services are available in Spanish, from counseling to hospital-response team to outreach,” Barraza says. “Last year, we had the first all-Spanish, 40-hour advocacy training, and now we have a 24/7 Spanish crisis line. It’s the most I’ve ever seen in an agency. The first participants have shown us about how to make it better; we even had a couple people come all the way from Ecuador to attend the training and take it back with them.”

Outreach Coordinator Megan Asadian plays an important role alongside Barraza and the team, including the creation and support of these Spanish-language services. “Our bilingual programming really arose from about 10 to 15 years,” she says. “I suppose many different things—including intentional hiring of Spanish-speaking staff, a Diversity Coordinator, as well as a needs assessment conducted in the community—were really what drove the momentum for our bilingual programs. A large part of these efforts were led by our current Director of Education and Outreach, Stephany Murguia.”

“Spanish-speaking services are not just translated but given in a way that is culturally relevant and community-informed.”

Murguia, Asadian and Barraza validate the need for culturally sensitive and informed rapport in the RRC’s srvices. “Marginalized and Latinx communities experience sexual violence at higher rates,” Barraza says. “One in two Latinx women will experience it.” In their community educational efforts, Barraza and his Spanish-language colleagues bring their lived and linguistic experience to assure that frontline and outreach services support the local Latinx community.

Additionally, Murguia sees further areas of growth for the RRC’s Spanish-langauge services. “We have added goals such as better serving the LGBTQ+ community, refugees and many others,” she says. “It’s a natural progression [where] once you start to critically look at what you need to improve for one community, you start to question what is needed for other communities. Our vision is to ensure that all survivors have access to the services they need to heal and thrive!”

Amid the big, bold and courageous dreams of the Rape Recovery Center leadership and staff, their current work cultivates a healing and safe energy. Their immense efforts to build comprehensive and conscious outreach and their mirror-image Spanish-language services speak to their ever-developing awareness and intention to unpack and eliminate the social scourge of sexual violence.

For more information, including training and volunteer opportunities, visit raperecoverycenter.org.

Editor’s note: There was previously a typo in the fifth paragraph that said that the Spanish-language crisis line was a “two-hour crisis line.” This has been corrected to be “24/7 Spanish crisis line.”