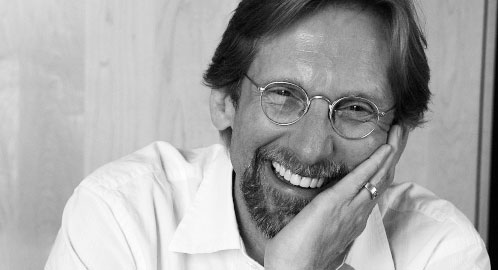 SLUG: Lance Olsen is the literary astronaut we dreamt of being as children—turning far-out worlds abuzz with the difficult imagination, surviving re-entry with stories to share. Author, traveller, and teacher of narrativity and innovative writing at the University of Utah, Olsen wonderfully shares what it means to be alive now, here. His latest books––the trash diary [[ there. ]] and novel Theories of Forgetting––explore what the medium might be amidst the detritus that defines the contemporary. SLUG spoke with Olsen about these projects and the secret handshake ecology of innovative writing practices.
[[ lance olsen in 116 words. ]]

Lance Olsen: I grew up in a bland leafy suburb in northern Jersey populated by tons of hermetically sealed shopping malls. My first instinct was to leave. So, I majored in journalism at the University of Wisconsin in Madison, got bored, and soon switched to English. On Friday evenings, geek that I was, I headed to the library to read and sift through the new-acquisitions cart. That’s where I first discovered these crazy-ass books by people like Raymond Federman (Double or Nothing) and Ronald Sukenick (98.6) and realized there was this whole other universe of literature they don’t teach you about in school––this “Literary Subculture of the Secret Handshake.” In that moment, all the traffic lights changed.

LO: The essential question for me as a writer is: How does one write the contemporary? That is, how, in 2014, do you write in a way that doesn’t simply rewrite 1914 or 1814 or 1514? In [[ there. ]], my critifictional meditation on the confluence of curiosity, travel and innovative writing practices, I wanted to generate a structure that made the reader feel like, and therefore think about, how we take in information. These days, for most of us, it’s all data flooding in all the time. A continual data hurricane. So [[ there. ]] is comprised of language bursts, narraticules (brief observations, facts, quotations, recollections, theoretical reflections), about stuff as diverse as David Bowie and Samuel Beckett, my years in the Venezuelan jungle (long story) and avant-garde music. You can and should dip into those narraticules in any order. There’s no beginning, middle or end. I was interested, then, in creating something that felt musical in structure—you know, not linear, but a network of recurring themes, phrases, images, sounds, whatever that play off each other and grow, as Donald Barthelme said his stories did, “Like barnacles on a wreck or a rock.”

LO: I think of myself more as an author who happens to live in Utah than as a Utah author. In other words, I don’t identify myself in terms of locality so much as in terms of aesthetic or political positions that may or may not connect with where I happen to be living. Having said that, my novel Theories of Forgetting is completely influenced—both in form and content—by Robert Smithson’s amazing earthwork The Spiral Jetty at the north end of the Great Salt Lake. But, having said that, I’d also point out Smithson grew up about 12 miles from where I did in northern Jersey. Questions of locality are nothing if not troublesome. The notion of being a writer of a particular place is both true and easy/necessary to challenge. After all, part of living now—rather, than, say, in 1714, is to inhabit multiple localities simultaneously. The danger is to do no more than continue being ourselves, writing as we have always written, which is both boring and existentially perilous.

LO: My novel Theories of Forgetting is an experiment shaped like a spiral. It has one narrative running across the top of each page (actually I don’t know what I mean when I say the word “top”) and one running across the bottom of each page (ditto). One involves a filmmaker and her attempts at creating a short experimental documentary about the Jetty. The other involves her husband’s slow dispersal, for want of a better word, across Europe and Jordan in the aftermath of his wife’s unexpected death. The couple’s daughter, an art critic living in Berlin, scribbles notes to her brother in the margins of her father’s text. In other words, Theories of Forgetting is as much about reading as event as it is about its characters.

LO: The thematic resonance in Theories of Forgetting arrives from Smithson’s own obsession with entropology, a term he appropriated from Claude Lévi-Strauss’s World on the Wane, and one that houses within itself both the concept of entropy and anthropology. Lévi-Strauss felt there should be a category of study concerned with the wearing down of things—from people to cultures—and Smithson picked up that idea in the ever-receding-into-the-landscape Spiral Jetty. Theories, then, is obsessed with entropology all the way down—from its architectonics to its poor characters to various linguistic undoings from failing sentences to crossed-out words to deliberate misspellings. I first met The Spiral maybe six years ago when a group of graduate students and I took a field trip to see it. Within seconds of arriving, people were taking notes, writing poetry, shooting photographs, filming. I understood that, despite its entropological processes, The Spiral Jetty is one of the most generative pieces of art in the world.

LO: [[ there. ]] was written last year, while I was a fellow at the American Academy in Berlin. I worked on it when I wasn’t working on my novel Theories of Forgetting, which I also completed at the Academy. All I was supposed to do was write all day. Except the problem is I can only actually write for maybe three or four hours before I burn out and go mad. So I got up early, authored until I couldn’t author anymore, then drifted out into the streets of Berlin to become distracted in productive ways. It was heaven: there was nothing to do except write and think and experience.

LO: One of the things I find tremendously exciting these days is the tension between the dematerialization of the idea of the book through Kindles and so forth—not to mention myriad economic pressures in the world of corporate publishing—and the rematerialization of the book through the art book movement, which fetishizes the bookishness of the book in myriad dreamy ways.So, if you’re interested in The Spiral Jetty, and you’re an author, the question becomes: What kind of structure does Smithson’s project suggest for your medium? That led me to want to build a novel rather than simply write one. I taught myself InDesign and laid out the pages myself. No two are alike. Every time you open a Word file, you discover Bill Gates telling you what a page should look like and how it should function: margins, fonts, movement. I wanted to work against that model and what it stands for. I wanted to make sure the author wasn’t just present in the words on the page but in the page itself, in the materiality of the book. It took me an extra half a year on the project I wasn’t intending to spend, laying things out at that level, but I wouldn’t have had it any other way. I feel like I became a writer for the first time all over again.

LO: Fiction Collective Two—or FC2 for short—of whose Board of Directors I’m chair, is a not-for-profit small independent press dedicated to publishing innovative work: work that’s too challenging and heterodox for the commercial milieu. A press run by and for authors, FC2 was established in 1974 as a publishing experiment that, if all went well, would last two or three years. We’re in the midst of celebrating our 40th anniversary in 2014 and we’ve published 200 books by more than 100 innovative writers. Unlike corporate presses, FC2 is dedicated to a paradigm of collectivity rather than commercialism. It’s never been interested in making money. So in certain ways, it functions as the indie record label of fiction.

LO: FC2 rejected the first couple manuscripts I submitted. I remember getting a note back from the head of the press at the time. It was comprised of four words: “Close. Be more extreme.”  What more do you need to know as a writer attempting to imagine imagining the contemporary?