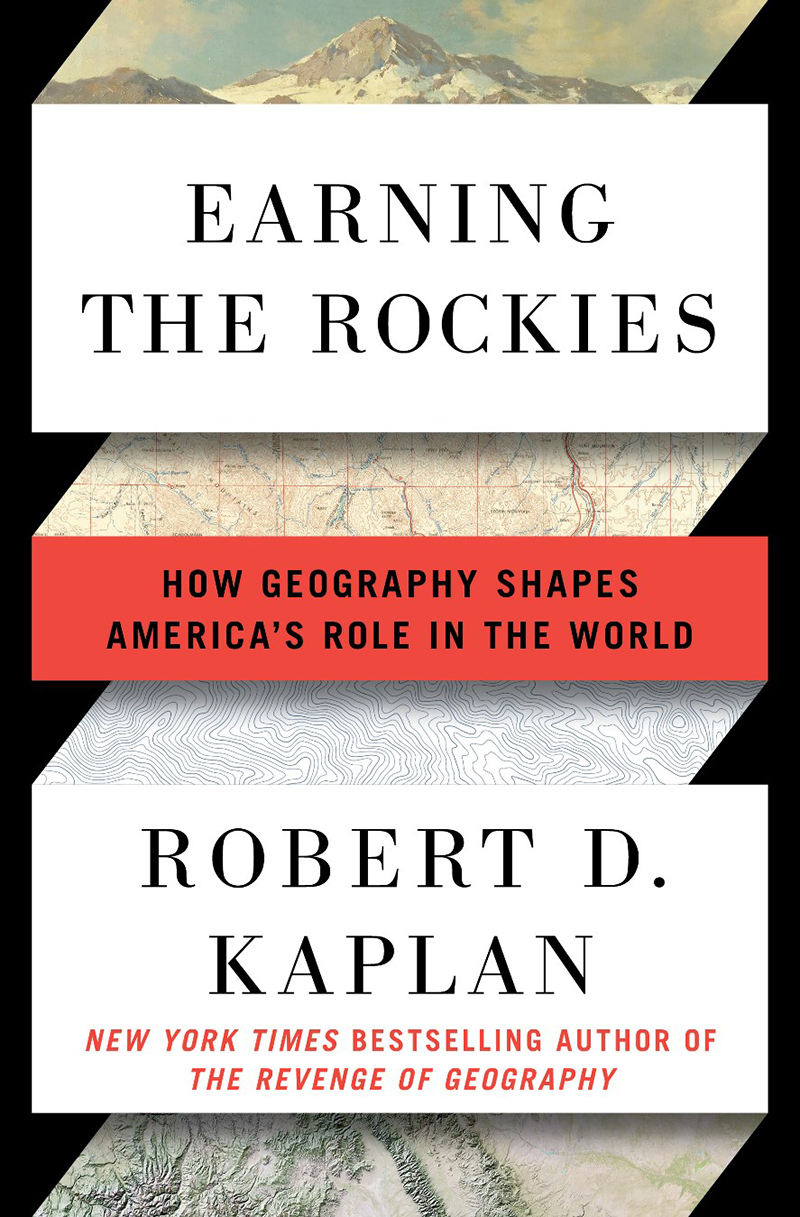 America is a nation possessed by destiny. Even before journalist John L. O’Sullivan declared it “manifest,” the quintessential American quality that would transcend race, creed and sex is individual conquest. In Earning the Rockies, Robert D. Kaplan insists that this is a feature of this nation’s utterly unique geography. From the relative self-reliance afforded by the abundant East to the community-forming tribulations of the West, our geography has shaped our national consciousness beyond local or domestic concerns. It thrusts us out into the whole world with, as Kaplan believes, an inevitable fate and responsibility to lead. He insists this with patriotic moralism, but he is no fool. With explicit clarity and nuanced realism, Kaplan recognizes—and convinces—that the American destiny is imperial.

In some circles, Kaplan is famous. A regular in the Atlantic and Washington think-tanks, his opinion holds great sway, especially among those who are inclined to believe that America’s influence over the globe is a net positive—a perspective heavily prevalent among the establishment across the political spectrum. For this reason alone, one should consider this book. The insight he offers, both explicitly and by exposing his own reasoning, illuminate the mentality of our foreign policy-makers (even in the era of Donald Trump). Furthermore, the unaffected romanticism and earnest conviction of his prose make Earning the Rockies a recommendation, problematic as his politics inevitably are. The narrative starts in the East, for of course, the narrative in question is European in origin. There, revolution was first fated. The abundance of water, arable land and empty space meant that each of 13 colonies had natural independence and productive ability that would, as inevitable as gravity, draw their loyalties and interests away from Mother England. Then, in a time when white supremacy wasn’t solely systemic evil but acknowledged fact, the territories west became the white man’s manifest destiny. This was racism and would be atrocity, as Kaplan readily acknowledges, but more, it was momentum. The momentum of having conquered the span of the Atlantic, of having won new territory by taking staggering risks. Just as our national consciousness, fractured and internally hostile as it currently is, still makes its decisions from our romanticized pioneer myths, those same pioneers were mimicking the pilgrims before them. So the West was seized by bloody sacrifice and bloody crimes, and we were forever changed by its daunting vastness, its unforgiving terrain. Despite the abnormal popularity of individualism among Americans, the West made us communal. Few know this better than Utahans, for it was the socialist Mormons who contributed most significantly of any group to America’s expansion west. Finally, we reached the Pacific and united our Continental Empire, but we did not rest. We saw even further conquests beyond our shores. Individualism and communism do not balance one another out in the American spirit. They exacerbate one another so that our ultimate goal can be nothing less than the democratization, the Americanization, of the entire world. So the drums of empire press us onward.

However, as Kaplan somberly acknowledges, since the fall of the Soviet Union and the disasters of Iraq and Afghanistan, American power has been revealed as mortally limited. We cannot conquer the world, cannot administrate the world, cannot even reliably influence the world with all its myriad local dramas. Indeed, we fail even to secure domestic wellness—our cities have become globalized city-states with little incentive to prioritize the needs of the surrounding ruralities. For comfort, those ruralities have retreated into nationalism, xenophobia and God. Kaplan’s interpretation of this tension is inconclusive and anxious: The city cannot exist independent of the country, and the country cannot resist its importance being shrunk by technology. While one may think, given his reverence for geography, that Kaplan would side with the country—given that he recently published an article for foreignpolicy.com called “Trump’s Budget is American Caesarism”—one doubts he’s pleased with the rural option so far.

Indeed, if there’s one quality to admire beyond Kaplan’s problematic idealism, it’s his underlying pragmatism. His ultimate prescription for foreign policy is moral motives combined with amoral means, a balance to be guided by humility and caution. These are the lessons of our geography as he reads it both as an academic and a traveler. Whether you agree with him or not, one must accept the clarity he demands of our nature.