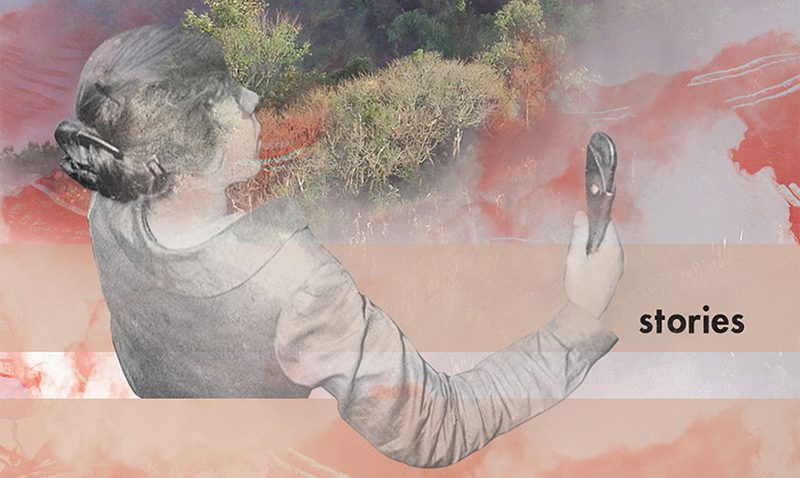 Book Review: Our Colony Beyond the City of Ruins

Our Colony Beyond the City of Ruins
Janalyn Guo

Local author Janalyn Guo’s Our Colony Beyond the City of Ruins is a series of soothing reveries. This short-story collection traverses fictional terrain somewhere between magical realism and absurdism. Although, Guo’s self-proclaimed art of “weird fiction” is perfectly apt in a more historic sense of the word weird—insomuch that her stories plant one foot in reality and the other firmly in dreamlike and fantastic dimensions. Appropriately, Guo’s characters consistently maintain a sense of composure, often amid bizarre phenomena such as men growing foliage on their backs and eventually transforming fully into plantlife or mycelial matter in the opening story, “Bloom.”

A permeating motif of Our Colony Beyond the City of Ruins is the natural world. Guo’s characters often anchor themselves alongside or in nature. In “Acting Lessons,” the narrator’s estranged father goes swimming in over-flooded rivers. She disguises herself in the skins of various natural elements, such as a leaf to follow her father and, later, a bird to flee him. Guo employs an almost Hawthornian dichotomy between society and wildness but blends them into integrated settings that engender the cultures of her world-building. The natural world, in turn, inflects the relationships of her characters. In “Night Floats,” for example, foreboding sandstorms occlude the main character’s half-hearted search for a lost lover with a propensity for levitation. Later, hawks reclaim her things for her, since she has run away for good. These kinds of choices impart an equitably natural feel to Guo’s magical realism, to great effect.

In matters of love in Our Colony Beyond the City of Ruins, Guo tends to use the quotidian to underscore subtle emotional resonances. In “Cazenave,” two dating joggers gradually grow apart because the narrator can’t keep up, and her observance of his continued runs without her conveys an understated resignation to loss—which, in itself, diversifies how acceptance can be felt beyond a sense of contentment. These impressions of profound emotion play into Guo’s overall tone, which is measured and formal. Herein, her voice has a poetic air. While this voice certainly coheres the collection, sometimes I found myself wanting some more explicit angst from her characters, who—while dignified—can repeatedly come across as stoic. Yet, when the spurned narrator of “Soft Breast Mechanism” seeks to fill the void of her lover with a breast-massage contraption, it’s what’s unspoken that feels wrenching.

I find that Guo’s characters have the most fleshed-out sense of depth in the longer stories of Our Colony Beyond the City of Ruins. “Heart Site” and “Sleepwater” are both a little more sizable in comparison to others, and the follow-through of their main characters’ journeys elicited the most wonder in me—I literally gasped when I reached the end of “Sleepwater.” Coincidentally, both stories include themes concerning the loss of the respective protagonists’ mothers, which Guo handles masterfully. There’s also something to be said of Guo’s arrangement of the collection. She welcomes the reader into her literary space with relatable tropes of romantic love but expands the scope of different kinds of relationships in her charmingly absurd planes as we proceed deeper into the book.

Our Colony Beyond the City of Ruins is an excellent short-story collection, one I earnestly recommend picking up. To do so, go to The King’s English, IndieBound.org, spdbooks.org or Amazon. You, too, will revel in the otherworldly jaunts she takes us on. I’ll assuredly return to this collection, and I’m excited to read what worlds Guo will conjure next. –Alexander Ortega