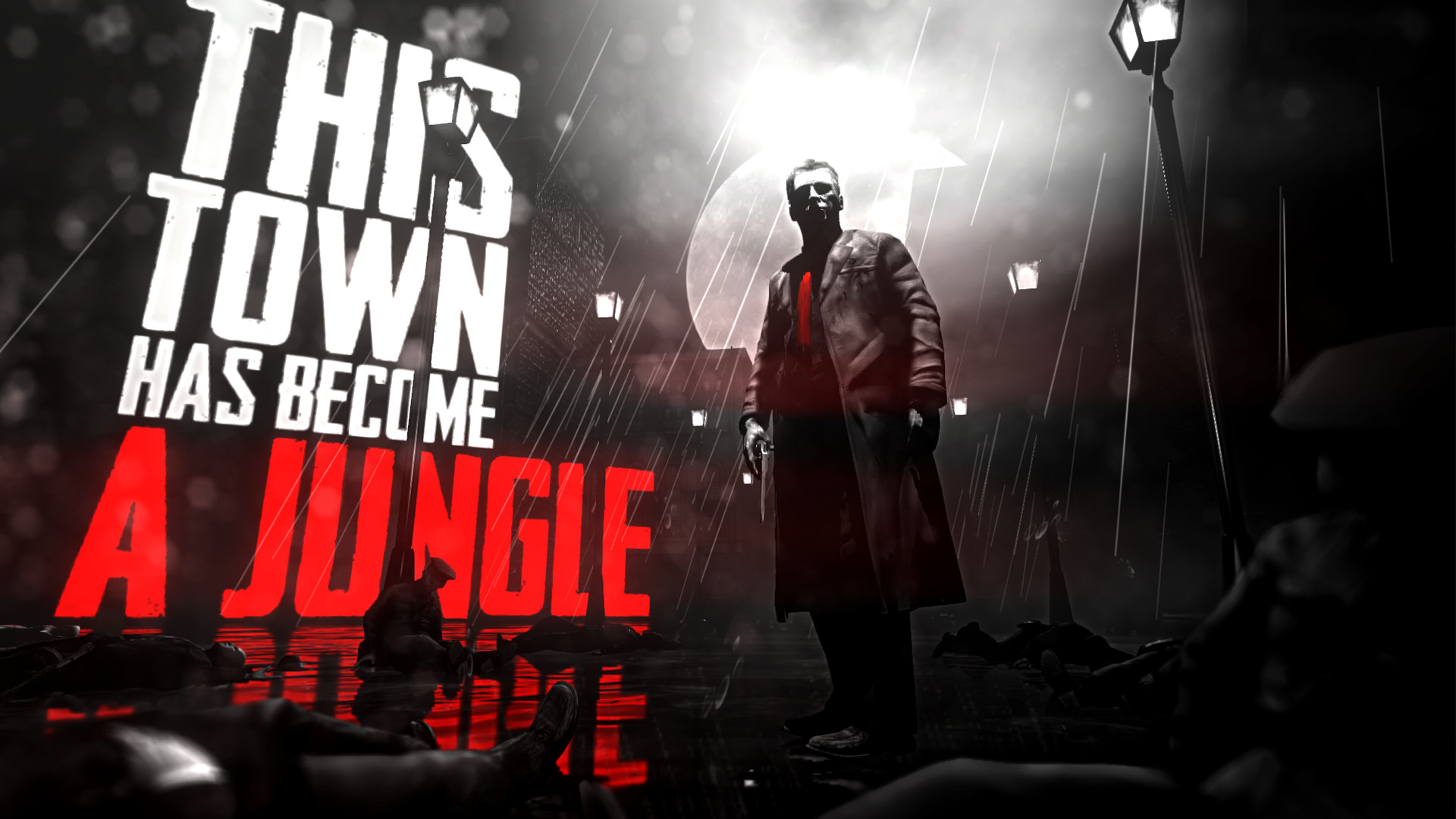 Blues and Bullets: Episode 1
A Crowd of Monsters

As Blues and Bullets is essentially an interactive pulp novel, it’s easy to compare it to any of the titles in Telltale’s arsenal. However, the game is so well executed that the comparison is only skin deep. Throughout a heavily choice-based narrative along with the occasional shootout, Blues and Bullets chronicles the alternate history of Eliot Ness and Al Capone. Ness, having retired as a lawman, has opened a diner in the small town of Santa Esperanza. When a rash of disappearances starts plaguing the local children, Ness finds himself thrown back into the mystery-solving business.

Graphically, the game is spectacular. Despite a few framerate issues and some jagged pixels, it’s amazing to see what A Crowd of Monsters has done with their limited resources. It has the immersive, faux-retro feel of games like Bioshock with the grayscale palette of Robert Rodriguez’s Sin City films. The color red shows up quite often against the black and white—whether it’s Ness’s tie or spurts of blood gushing from a gangster’s chest, it pops to vibrant life throughout the game. The environments have been crafted with an almost fanatical attention to detail. Fictionalized versions of old movie posters are posted on gritty brick walls, and gangsters’ mansions are filled with immaculate landscaping.

In addition to the graphics, a large part of the game’s charm is its attention to a choice-based storyline. There are some very dark and dreary mysteries happening within Santa Esperanza, and interacting with the game’s environment and NPCs is the key to unraveling them. Whenever the player decides to adopt a more threatening tone or take the conversational high road, the game remembers these choices. It even offers a way to review the choices that you’ve made from the main menu, just in case you were wondering why that cop you insulted earlier in the game now wants to club you upside the head with his nightstick. For those who like their detective stories with a little gunplay, Blues and Bullets does offer the player an opportunity to cap a few fedora-wearing mobsters. There’s not a whole lot of challenge during these moments, but they are fun and gratuitously violent. Aiming was painfully slow and inaccurate, but it takes a lot of bullets to bring Ness down so it wasn’t too big of an issue.

Regardless of the medium, alterna-histories don’t really do it for me, and this game is no exception. I understand the desire to recreate the circa-1920s film noir vibe, especially for a game that involves detective work and gangsters—but why does it have to be a reimagining of Eliot Ness and Al Capone? If you’re not going to create a game that is historically accurate, why not just take that awesome Frank Miller aesthetic and fill it with a bunch of original characters? Speaking of characters, the game doesn’t do a fantastic job developing the cast. Ness has a washed-up, eyes-that-have-seen-too-much vibe, but he hasn’t been fleshed out to the point where he can carry the game’s narrative. The smattering of supporting characters were also a bit too ephemeral to ground the player in the game’s world. As a narrative-driven game, this is a slight misstep.

The game is packaged in five dollar episodes, with a season pass (five episodes in total) available for 20 bucks. It’s not a bad deal for a surprisingly gorgeous, atmospheric mystery, but the small taste of story that I got from the first episode didn’t hook me enough to fully commit. Outside of the terrifying tutorial in which the player takes control of a child locked in an occult torture dungeon, I wasn’t extremely interested in the reimagined exploits of Eliot Ness.